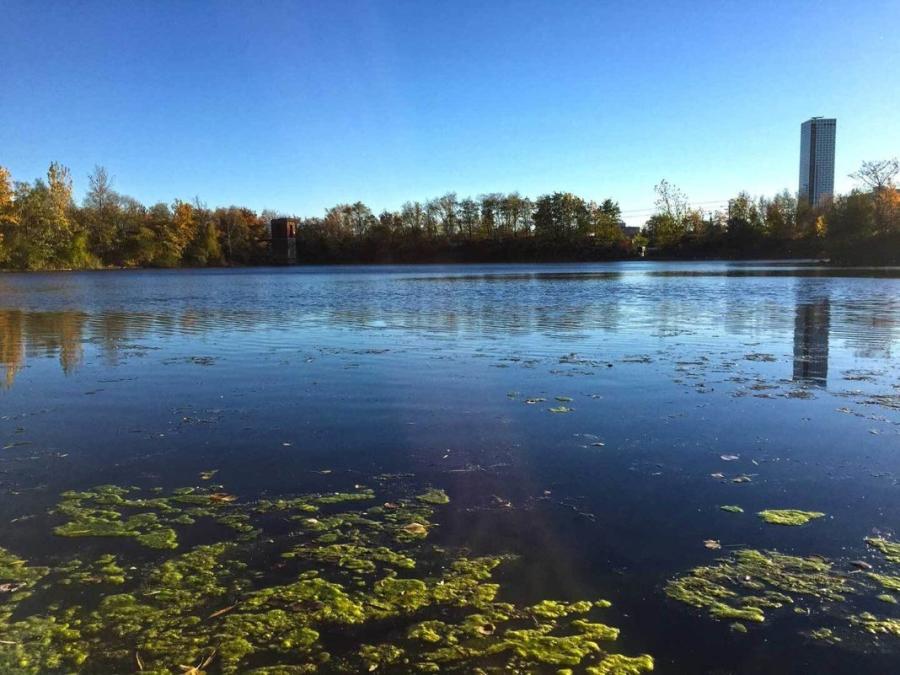 Reservoir #3 in Jersey City was originally built between 1871 and 1874 to provide drinking water to city residents. (Chris Fry/Jersey Digs photo)

A greenery gem tucked inside an otherwise residential section of The Heights in Jersey City, N.J., is slated to see some big changes soon and a report issued earlier this summer details the walking trails and first phase of historic restoration that will be coming to the space.

Many might be unaware of the existence of Reservoir No. 3 when driving along Central Avenue, but locals can attest to the tranquility it provides amongst an urban landscape. Located next to Pershing Field between Reservoir and Jefferson avenues, it was originally built between 1871 and 1874 to provide drinking water to city residents.

It served in that capacity for almost a century until the late 1980s, when the city switched over to a new water source in Morris County. The Jersey City Reservoir Preservation Alliance was formed in 2005 to help preserve the 14-acre space, which has since been listed on both the New Jersey and National Register of Historic Places.

Some renovations on the 20-ft.-high Egyptian Revival walls that surround the property were completed in 2018 and the city is now moving forward with a more significant overhaul.

Several reports and plans regarding Reservoir #3 were finished in June in preparation for the renovation, including surveys that were performed by GEOD Corporation, Easton Architects and T&M Associates.

An archaeological assessment that was conducted jointly by Alexandria, Va.-based John Miller Associates and Brooklyn-based Michael Van Valkenburgh Associates outlines the plans, which are still subject to some changes.

Starting from the property's southern entrance on Jefferson Street, the proposal calls for a cantilevered boardwalk that heads west and connects to a floating walkway and "beach" that overlooks an existing island that is set to be augmented.

The complete restoration calls for a walking path around the perimeter of Reservoir #3 plus various lawn and seating areas throughout the space. A terraced wetland garden is planned for the northwest corner of the space, which also includes areas for fishing, water access, and a kayak launch ramp. In addition, designs call for the construction of a proper boathouse and restroom.

Upgrades to the reservoir also will see the restoration of two gate houses along the western portion of the space and the revitalization of a screen house near the property's southeast corner. Several historical plaques will be installed along trails and recreation areas under the plan.

Jersey City announced several grants earlier this year that will pay for initial portions of the work. The Hudson County Open Space Trust will be contributing $500,000 towards building perimeter fencing, while the New Jersey Historic Trust will be chipping in $750,000 to restore the crumbling screen house.

Additionally, more than $884,000 from the state's Green Acres Grant will be put towards lighting and trail development.

The plans to restore Reservoir #3 are currently being reviewed by the New Jersey Department of Environmental Protection's Historic Preservation Office, which must approve them before work begins. No start date for the restoration's first portion has been set, although city officials had previously expressed hope that the project would break ground this year.

The proposed restoration of Reservoir #3 is the latest in a string of public improvement projects taking place in The Heights. A $2.1 million renovation to Riverview Park kicked off back in March and a $4 million project to revitalize Central Avenue's streetscape was approved in August. 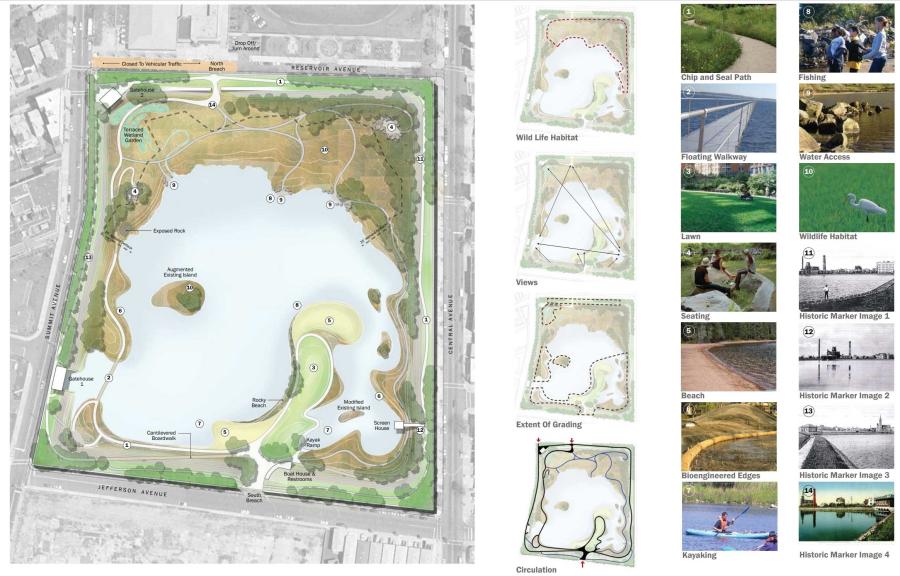 Plans obtained by Jersey Digs show how the city will be overhauling Reservoir #3 while keeping much of its history intact. (Plans courtesy of John Miller Associates)