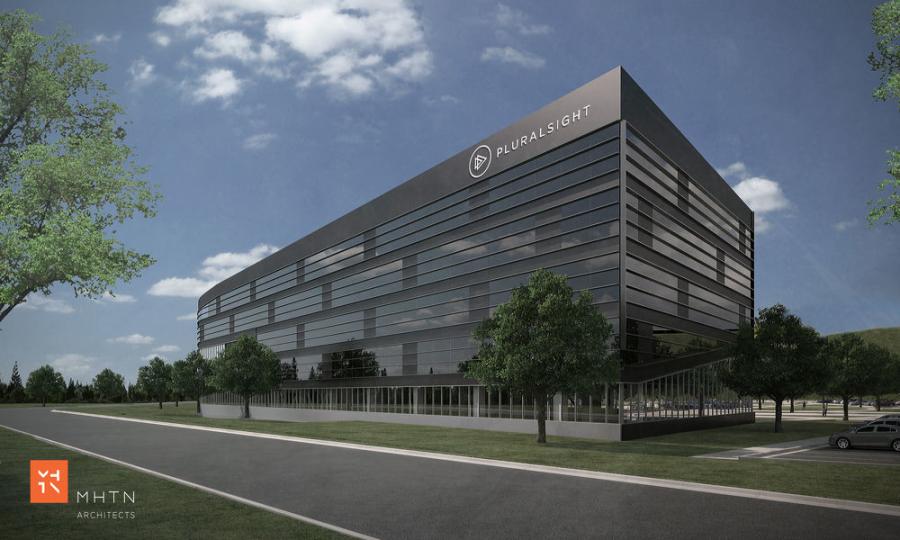 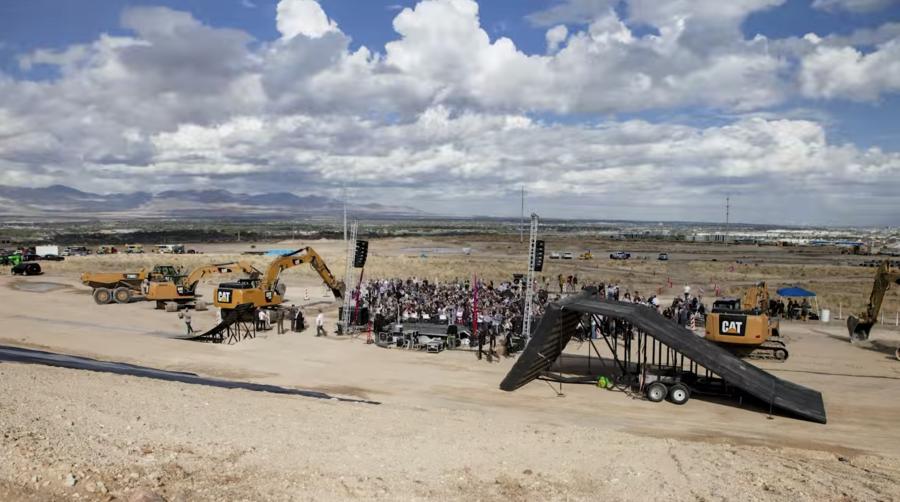 Pluralsight co-founder and CEO, Aaron Skonnard, and company executives were joined by Gov. Gary R. Herbert and Draper Mayor Troy Walker for the groundbreaking ceremony and celebration that marks the official beginning of construction on the company's new headquarters in the heart of Silicon Slopes.

The address of the new campus is 42 Future Way and paves the way for future Point of the Mountain development across 700 acres to support the growth of hundreds of new tech companies and the expansion of Silicon Slopes. 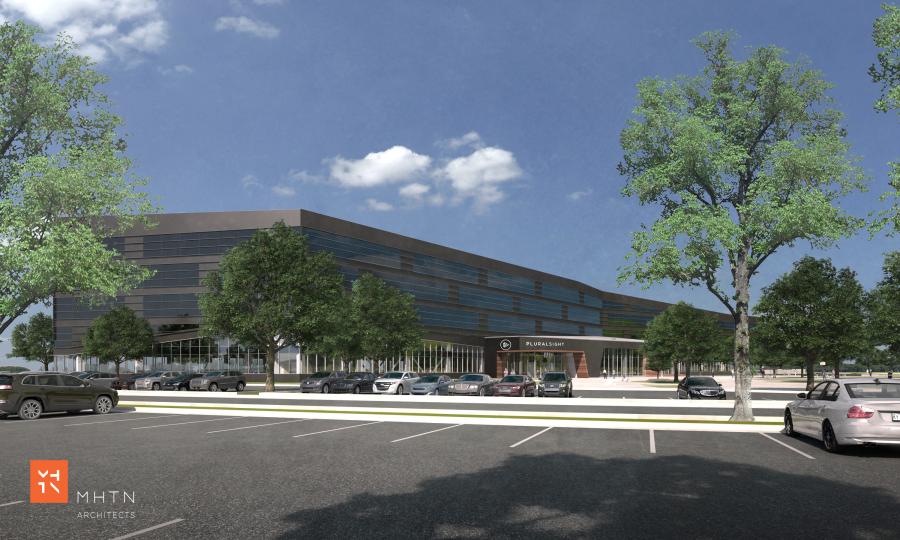 Development of the new campus begins with phase 1 construction of a 700-ft. long, 350,000 sq. ft. building that can accommodate up to 2,000 team members. From the interconnected stairwells to the expansive meeting areas, the design of the first building will foster a feeling of connectivity and collaboration to further Pluralsight's mission to democratize technology skills. Amenities of the four-story building will feature a full-service cafe, medical clinic, fitness center, bike room, picnic area, athletic courts and a walking path with access to the nearby trail system. 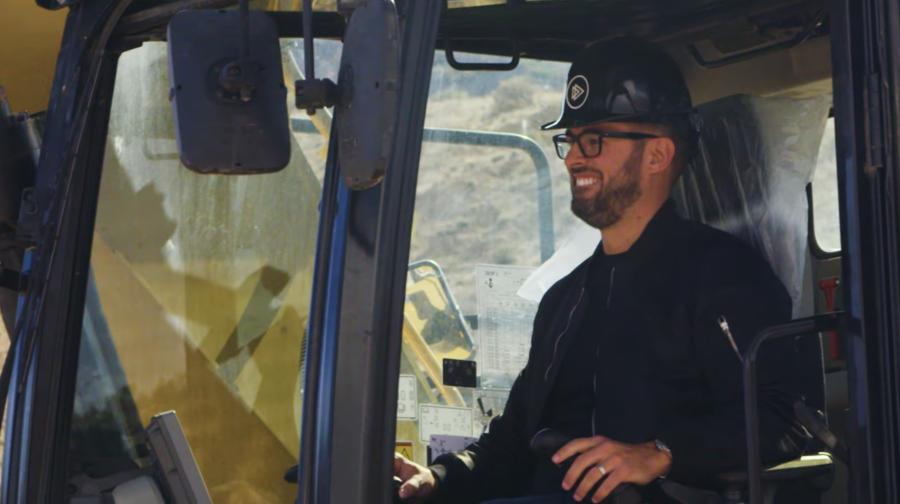 “What started in Utah, stays in Utah, and now expands in Utah. Democratizing technology skills is our mission and our new campus will play a critical role in supporting our growth to deliver on that mission to create a better future for us all,” said Skonnard. “We are excited to do this as part of the fabric of the Draper community and look forward to contributing to the continued expansion of Silicon Slopes and the growth of the Utah economy.”

Perched on a plateau above I-15, the campus features panoramic views over the entire Salt Lake Valley, immediate access to the interstate, and a future TRAX stop. The vision of the campus is to promote a neighborhood feel and a reflection of Pluralsight's values and culture. Once completed in spring 2020, Pluralsight will house team members from Farmington and South Jordan in the new campus in Draper. Through its expansion, Pluralsight plans to create approximately 2,400 additional jobs, $86.2 million in new state revenue and an estimated $371.7 million in capital investment over the next 10 years.

“Pluralsight represents so much of what is going right in Utah's technology ecosystem and is a respected leader of Silicon Slopes,” said Herbert. “We admire their vision, tenacity and commitment in delivering on their mission, and we are proud of what they have accomplished. We look forward to the next chapter of the company's growth from their new headquarters in Draper.” 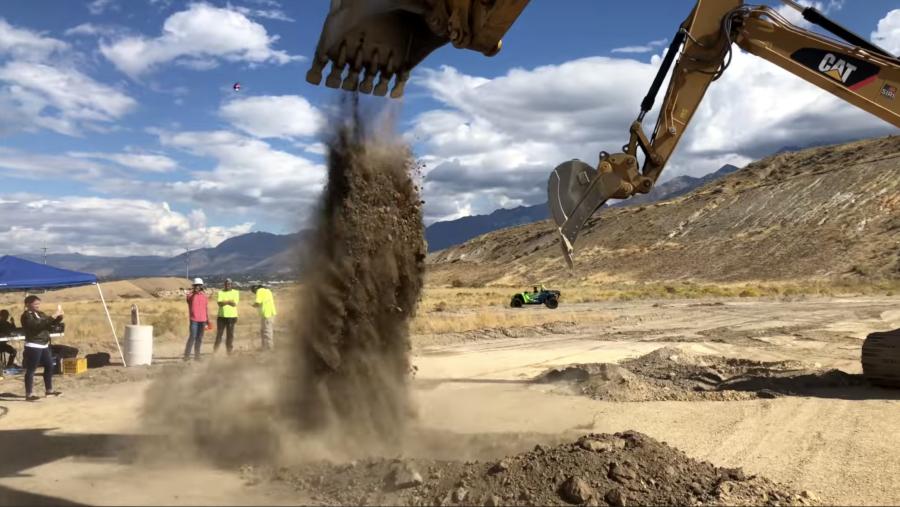 With full control of the 30-acre property, Pluralsight will begin development of additional buildings on the campus as the company expands to bring the total footprint to 800,000 to 1 million sq. ft. of office space and room for up to 5,000 team members.

“We are very excited to welcome Pluralsight to Draper City and proud to be the home of their new worldwide headquarters. Pluralsight will significantly invest in our community, bringing thousands of high-paying jobs and a culture of civic mindedness through its mission to democratize technology skills around the world,” said Mayor Walker. “Pluralsight was recently ranked 9th overall among large companies on Entrepreneur Magazine's Top Company Cultures List. They will be a fantastic fit in Draper City because of the culture and lifestyle that Draper residents embrace. We believe they have chosen the perfect location.”

Construction of Pluralsight's worldwide headquarters caps off a busy year for the company. In May, Pluralsight made its public market debut on the Nasdaq stock exchange. In January, the company opened its EMEA headquarters in Dublin to house the company's strategic business operations for the region and support its growing customer base in Ireland and throughout Europe, Middle East and Africa. With more than 1,000 team members worldwide, Pluralsight has more than 15,000 business accounts with users in 150 countries and counts 65 percent of Fortune 500 companies as customers.