Port Authority Board Approves Largest Ever $32.2B 10-Year Capital Plan 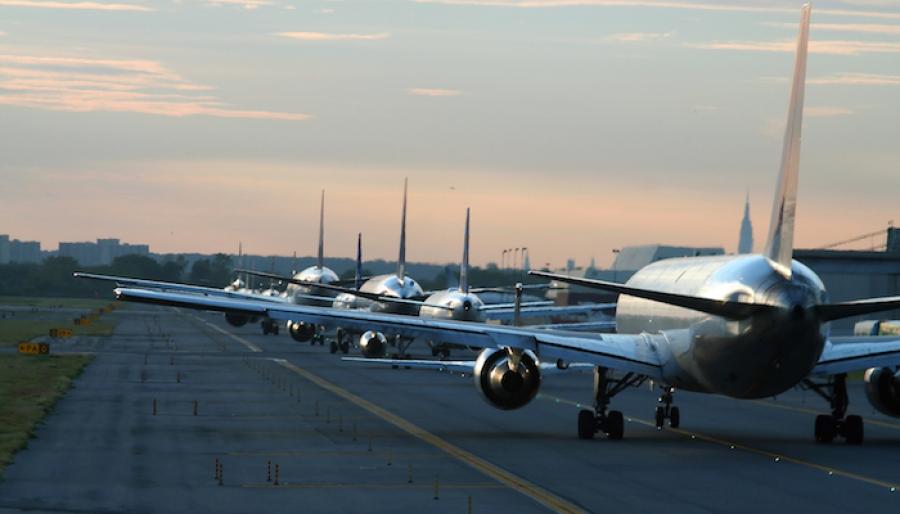 The plan allows for $11.6 billion in major redevelopment projects to advance at the region's major airports during the next decade, including the $4 billion LaGuardia Terminal B replacement, the largest transportation public-private partnership in the United States.

The Port Authority Board of Commissioners approved the agency's largest ever $32.2 billion 2017-2026 Capital Plan, which reflects the agency's continuing return to its core transportation mission and is expected to generate hundreds of thousands of jobs and billions in overall economic activity for the region.

The plan allows for $11.6 billion in major redevelopment projects to advance at the region's major airports during the next decade, including the $4 billion LaGuardia Terminal B replacement, the largest transportation public-private partnership in the United States. It also provides for the advancement of work on Terminal A at Newark Liberty International Airport and the redevelopment of John F. Kennedy International Airport, under which Port Authority investments are expected to leverage billions of dollars of private sector investment.

At the agency's tunnels, bridges and terminals, the plan provides $10 billion to greatly enhance trans-Hudson commuting, including the construction of new facilities and the upgrading of existing ones. Funds are included to complete the $1.5 billion Goethals Bridge Replacement, being done through the first true surface transportation PPP in the Northeast.

It also provides funding to complete the rebuilding of the Bayonne Bridge, a $1.6 billion project that will effectively provide a brand new bridge for travelers and remove an existing navigational impediment to allow modern ships to pass underneath it and keep the ports competitive. The plan includes $3.5 billion to begin planning and construction of a new Port Authority Bus Terminal in Manhattan and nearly $2 billion to complete the largest overhaul and rehabilitation of the George Washington Bridge ever undertaken in the bridge's 85-year history.

The Capital Plan also includes funding to rebuild some of PATH's aging rail stations and to upgrade other critical rail system infrastructure to ensure safety and service reliability. Funds also are included to plan and build an extension of the PATH system from its current terminus at Newark Penn Station to the Newark Liberty International Airport Air Link Station, a project designed to improve airport access and enhance trans-Hudson commutation. The plan also includes funds to build AirTrain LaGuardia, providing the airport with rail access to and from Manhattan and other New York City destinations for the first time.

The 10-year plan will accelerate the rebuilding of the region's aging infrastructure by leveraging billions in private sector dollars including through public-private partnerships on major transportation and terminal projects, including those at the airports and bridges. The plan's multibillion investment is expected to result in the creation of 235,400 job years, $20 billion in total wages and $56 billion in overall economic activity.

“There's no question that the region's transportation needs are growing at a far greater rate than the resources that are available to address them,” said John Degnan, Port Authority chairman. “For that reason, this Board has spent tireless hours coming to a consensus on how our resources will be spent to benefit the region and the customers we serve. We have developed a plan that invests in the most critical projects including critical improvements to trans-Hudson capacity, while providing the flexibility to make future changes should new, more vital needs emerge.”

“This region needs state-of-the-art airports, new mass transit infrastructure and bridges designed to handle 21st Century traffic levels if we are to meet growth projections,” said Pat Foye, Port Authority executive director. “This 10-year plan provides a record level of investment in all of these areas that will meet and support the region's growth and serve as a major job creator for the next decade.”

“This plan provides significant benefits for the millions of travelers who use the region's airports, tunnels, bridges, terminals and mass transit system, and it's also a lifeline for thousands of our members given the tens of thousands of good paying jobs these projects will create. We strongly support the Port Authority's continuing plans to invest in public sector transportation projects that are good for the region and good for those who live and work here,” said Gary LaBarbera, president of the Building and Construction Trades Council of Greater New York.

“The Port Authority's proposed 10-year, $32 billion capital plan provides the strategic investments necessary to support the modernization of critical transportation infrastructure, including JFK and LaGuardia Airports, Port Authority Bus Terminal and Bayonne and Goethals Bridges, as well as funding for the Gateway Program, possibly the most important set of projects in the country. The Port Authority's plan, along with Gov. Cuomo's pledge to invest in aging infrastructure, provide the extensive commitments necessary to support the sustained growth of the metropolitan region. We look forward to working with the Port Authority to build, repair and renew all of these vital assets,” said Carlo A. Scissura, New York Building Congress president and CEO.

The approval followed a month-long public comment period — including two first-ever public meetings in each state that were attended by commissioners and agency leadership. Prior to the Board's vote to move the proposed plan forward on Jan. 5 for public comment, there was robust debate and discussion by Board members over how to parcel out limited resources to the agency's growing list of capital investment needs.

Since the Board's Jan. 5 meeting, the agency received 429 comments on its plan from 365 individuals. Fifty-five speakers attended the public meetings in both states to comment on specific items in the document and nine people tweeted comments about it. An additional 327 comments were emailed and 12 comments were received by mail. The Board of Commissioners received periodic summaries of the public comments prior to the Board meeting.

The plan outlines specific funding commitments for major capital projects the agency will invest in over the next 10 years. All projects remain subject to Board authorization processes, and, before they proceed, are subject to a rigorous “gates” review process before they proceed that look at agency revenue and the ability to finance them.