A $30M, state-of-the-art package will be arriving in Mississippi this week. 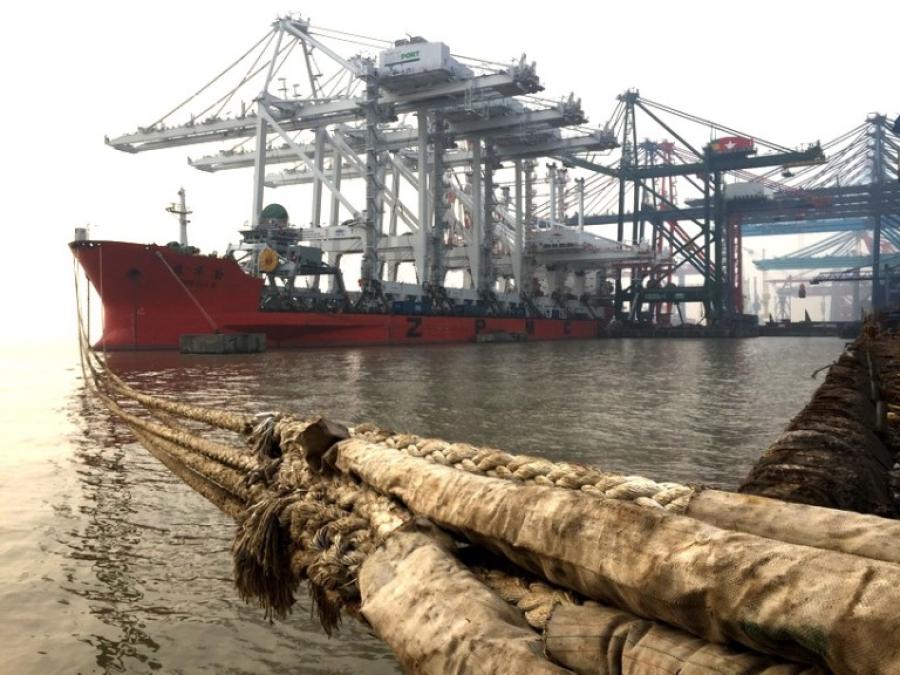 The website shipmspa is reporting that three new ship-to-shore gantry cranes for the Port of Gulfport are arriving by ship and are expected to be in Gulfport between March 17 – 20, 2016 (depending on weather concerns). Standing 225 ft in the air, they will be 55 feet taller than the Hancock Bank Building in Gulfport, MS.

FACTS ABOUT THE CRANES:

Definition of a ship-to-shore gantry crane:

A type of large crane used for loading and unloading intermodal containers from container ships. The cranes consist of a supporting framework that can travel back and forth on rail track. They are equipped with a specialized handling tool called a spreader. The spreader can be lowered on top of a container and locks onto the container's four locking points.

To prepare for the three new gantry cranes, the Port awarded a contract to L&A Contracting from Hattiesburg, MS to oversee the “West Terminal Wharf Upgrade Project” which included structural and infrastructure improvements on the West Pier.

Construction on the cranes began in October 2014 and the three cranes left Shanghai, China in January 2016 for their journey to Gulfport.

The cranes were built by ZPMC, one of the largest heavy-duty equipment manufacturers in the world.

At a total cost of $30 million, these cranes are a significant investment and will enable the Port's existing and future tenants to more efficiently service their vessels while reducing tenants' operating costs.

The state-of-the-art cranes will be electrically powered by Mississippi Power and each crane requires 1.2 mega-watts of energy when being used at full capacity.

Each crane will be able to handle 65 tons or about 2.6 million pounds.

There will be over 300 LED lights located on each of the three cranes. These lights will allow the cranes to be in operation 24 hours a day, if needed.