Port of New Orleans Progressing on Plans for $1.5B Container Facility 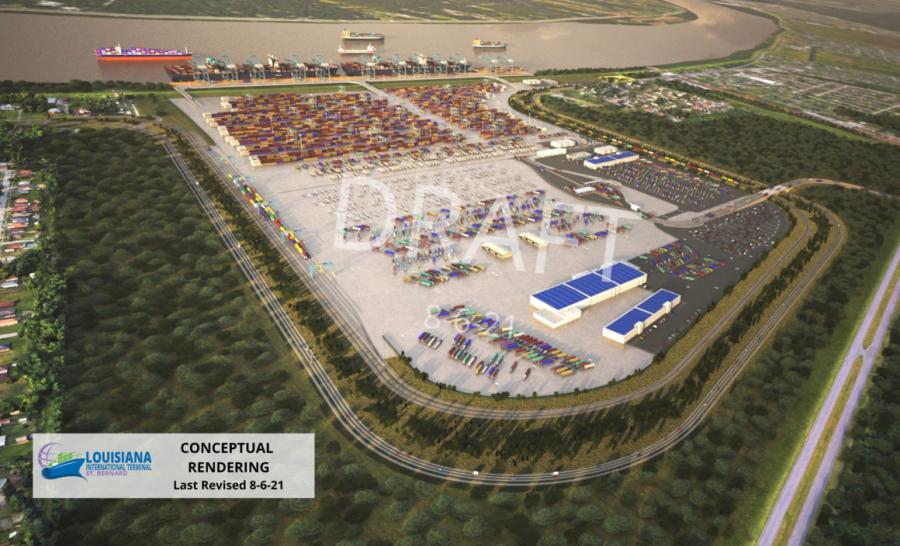 Port NOLA's board of commissioners unanimously approved a deal with HDR Engineering Inc., a global engineering and consulting firm based in Omaha, Neb., as part of the multi-year due diligence and permitting process for the new LIT facility. The program management contract, worth up to $4 million, has a term of up to three years.

Biz New Orleans reported that HDR Engineering's work, which will also include an environmental review process, is expected to last through 2024.

Construction on the LIT facility is slated to begin in 2025 and the facility could open as soon as 2027.

When finished, the LIT will be capable of handling 2 million TEUs (twenty-foot equivalent units) annually and serving the shipping industry's largest vessels.

A press release on Port NOLA's website described the project as one that would occupy approximately 350 acres with a 3,500-ft.-long wharf within more than 1,000 acres of developable green-field property. The site also is located within a $14 billion flood protection system, built by the federal government and features naturally deep-draft riverfront acreage.

Port NOLA reported in the release that the LIT terminal will have several other impressive features, including:

Transportation infrastructure projects that accommodate local industry and St. Bernard Parish needs beyond the terminal footprint also will be designed for the best impact, including the vision of a dedicated truck route, space to accommodate distribution centers, value-added and logistics-related businesses, and places that will benefit the public.

HDR Engineering will be the technical lead for services that include, in part: terminal operation and related transportation development, risk management, procurement support, budget and schedule management, permitting and stakeholder coordination, and environmental compliance, noted the Port NOLA press release.

So far, pre-construction work on the container terminal project included land acquisition last December, an initiation of the permitting process in June 2021, followed by Port NOLA's selection of AECOM for preliminary design and permitting support in July, and ongoing engagement with industry and community stakeholders.

"We are working to deliver a state-of-the-art container terminal that meets the evolving needs of the shipping industry and serves as an economic catalyst for the state and region," Brandy D. Christian, president and CEO of the Port of NOLA and president of the New Orleans Public Belt Railroad, said in the port's news release.

"A project of this magnitude requires experienced program management for successful coordination of studies and design needed for a quality project," she continued. "HDR Engineering's qualifications include broad expertise, a team that has worked together on similar large container port projects and the deep resources of a global firm with local connections."

With more than 220 offices around the world, including Baton Rouge, Metairie, and Lafayette in Louisiana, HDR Engineering brings the experience and resources needed for this type of project. Among the company's other recent large port/infrastructure projects is the new Hugh Leatherman container terminal in Charleston, S.C.

Its sub-consultants for the LIT contract include Evans-Graves Engineers Inc., based in Baton Rouge and New Orleans, along with The Advocacy Partners LLC, located in New Orleans.