A portion of Interstate 20/59 in Alabama is being reconstructed to accommodate an increased flow of traffic, which currently is the highest rate of traffic flow in the entire state. 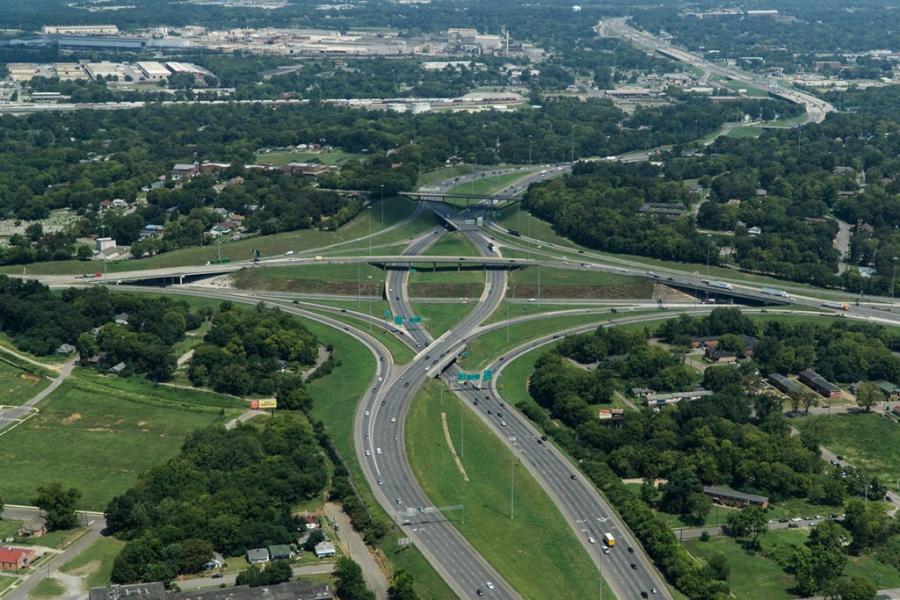 A portion of Interstate 20/59 in Alabama is being reconstructed to accommodate an increased flow of traffic, which currently is the highest rate of traffic flow in the entire state.

A portion of Interstate 20/59 in Alabama is being reconstructed to accommodate an increased flow of traffic, which currently is the highest rate of traffic flow in the entire state. More than 160,000 vehicles travel this area each day. This number is projected to increase to more than 225,000 daily motorists by 2035. Under the current conditions, the Alabama Department of Transportation (ALDOT) reported that the existing bridge design is unable to safely accommodate traffic flow. The bridges were originally built with a 50-year lifespan, and designed to carry up to 80,000 vehicles per day.

John Cooper, director of ALDOT, announced the start of construction on the project through downtown Birmingham's Central Business District on July 29, 2015.

ALDOT's construction plan has three phases, at a total cost of more than $400 million. Throughout the early phases, access to and from downtown remained uninterrupted. ALDOT completed all work on the new ramps leading into and out of the city before closing off any existing access points.

The contract for Phase One was awarded to Brasfield & Gorrie for $7.4 million. It involves widening roadways and elevating certain bridges in preparation for the larger project.

ALDOT began working with local elected officials, the Birmingham community, business leaders and others in 2011 to develop a comprehensive plan to improve the route interchanges and replace the bridges on I-59/20. The approved plan will reportedly simplify access into and out of downtown, and ease the flow of commerce and traffic through Birmingham's Central Business District. Community input was sought throughout the planning and design process.

The contract for Phase One was awarded to Brasfield & Gorrie LLC for $7.4 million on July 22, 2015. It involves widening roadways and elevating certain bridges in preparation for the larger project. Work began on Aug. 26, 2015 and the estimated completion date is May 12.

According to ALDOT, the most challenging part of this portion of the project has been managing traffic.

At the start of this project, Brasfield Gorrie submitted a value engineering proposal to change from steel piling to drill shafts, which was approved at a cost savings to this project.

Phase Two involves redesigning and constructing the new interchange ramps at I-65. There will be new ramps to 17th Street and 6th Avenue North, as well as new ramps from 11th Avenue North to the Interstate System. The project also involves construction between Arkadelphia Road and I-65 along I-59/20.

ALDOT issued a notice to proceed for this phase to Granite Construction of Watsonville, Calif., on March 15 for a contract of more than $208 million.

Throughout construction of Phase Two, access to and from downtown will reportedly remain open. Granite will complete all work on the new I-65 ramps leading into and out of the city before access points are closed for Phase Three.

“Over the past 40 years, as traffic has skyrocketed through the city of Birmingham, the junction of I-65 with I-59/20 has become labeled as Malfunction Junction,” said DeJarvis Leonard, east central region engineer. “Phase Two is designed to address this problem. Regardless of what happens with the long-term prospects of the central business district bridges, this work is necessary and will provide significant improvements for motorists traveling along this Interstate — the busiest stretch of roadway in Alabama.”

Work on Phase One — the widening of three bridges and elevating two others along I-65 — is nearing completion. This phase was necessary in order to avoid major traffic issues during construction of the later phases, and a precursor for the work that will be completed in Phase Two.

Phase I was expected to last 130 working days from the time construction began. Phase II will last approximately 30 months and Phase III, which will go out for bid by mid-2016, is projected to take approximately 12 to 14 months from start of construction. Work on Phase III will begin only after the new ramps leading into and out of downtown have been completed as part of Phase II.

ALDOT will use a segmental bridge design for the new bridges downtown. This design will allow for faster construction time, and cut down on the noise and vibrations associated with the traffic flow once completed.

This project is being paid for through a combination of funds from ALDOT, the Federal Highway Administration, and the Birmingham Metropolitan Planning Organization.