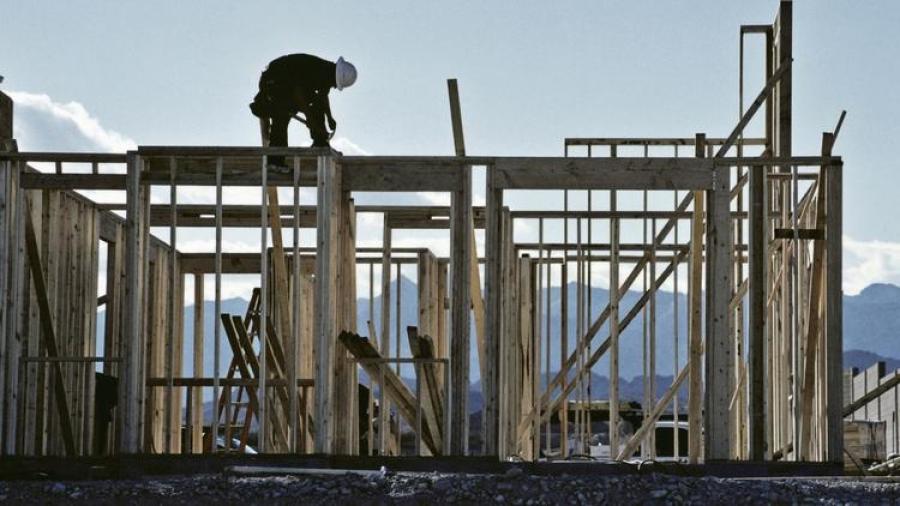 The building boom in the Portland area has depleted the pool of skilled construction workers. (Purestock via Thinkstock photo)

The building frenzy that lit up the Portland-area economy and changed the city irrevocably has depleted the pool of skilled construction workers. In a letter to fellow contractors, Killin warned of a “new normal” of chronic labor shortages.

“There are probably 10,000 open jobs out there,” said Killin, executive director of the Associated Wall and Ceiling Contractors of Oregon and Southwest Washington. “We need 800 carpenters, we need about the same number of electricians. And there are 20 more trades.”

Nearly a decade after the Great Recession, the long and frustratingly slow recovery has morphed into a barrage of development that by some measures surpasses the mid-2000s housing bubble. The city issued nearly 12,000 building permits through the first 10 months of its current fiscal year for a record $2.5 billion in projects, easily eclipsing the previous high of $1.9 billion set the year before.

Interviews with dozens of developers, construction company executives and union officials reveal a boom that includes all real estate categories, from high-end apartments in Portland's urban core to enormous data centers in the eastern Oregon desert. Fueled by strong in-migration and job growth, Portland should remain red-hot in the near-term, they predict.

Twenty-one construction cranes currently dot the metro-area's skyline, the fifth most in the country and more than either San Francisco or New York. The development mania extends north to Seattle, where a nation-leading 64 construction cranes are in action.

“This boom is unprecedented; it's absolutely unlike anything else I've seen in 50 years,” said Bob Walsh of Walsh Construction in Portland.

But it's not all roses for the real estate set. Demand has slowed for the thousands of pricey apartments recently developed in the city. But most industry players remain confident the industrial and commercial sectors will compensate for the multi-family lull.

The University of Oregon Foundation last fall embarked on a $70 million renovation of Hayward Field, the Eugene university's famed track and field venue. It was a plum job for a high-profile client — worthy of any contractor's portfolio.

“We had difficulty finding any bids,” said Paul Weinhold, chief executive officer of the foundation. “They were too busy. The bids we got were 10-15 percent higher than we'd anticipated. It's a little spooky.”

The Great Recession that took hold in 2008 was particularly brutal on real estate and construction. The workforce plummeted from about 100,000 to 60,000 in Oregon, as workers retired or found other occupations.

When the slow recovery transformed into a storm of development, no one was prepared. Crews today are working six and seven days a week. Contractors have scoured other states looking for qualified labor.

“The local union is recruiting from all over the country in an effort to meet demands, but their out-of-work list [of available workers] is essentially empty,” Killin told contractors in his letter.

“We were no longer teaching young people that this is a great career path,” Avakian said. “We completely ignored that people can earn $60,000 to $150,000 with benefits in these trades. These are the people who built Oregon.”

And though aggressive recruiting has landed 830 people in the local electricians' apprenticeship program, it's not enough to cover looming retirements, said Carl Redman, president of Bear Electric of Portland.

I think it is fair to say that if you want to work, there is zero unemployment for electricians,” he said.

Much the same is true for carpenters, excavators, plumbers and the other skilled trades. Steve Simms, who oversees the construction trade apprenticeship programs for Avakian, said he knows of 1,000 jobs that could be filled tomorrow.

The labor shortage has led to delays and helped feed rising construction costs. Some developers allege it's also contributed to lapses in quality.

Last month, Portland developer Tom Brenneke's company sued Andersen Construction, claiming it did shoddy work on his Oxbow 49 apartment building in Johns Landing. The problems stem, in part, from the pressure to work fast and move on to the next job, Brenneke alleged.

“I paid Andersen $28 million, and what I got was a bunch of quality-control problems,” he said.

Andersen officials in a written statement said “there are different perspectives to every story and since this has moved into legal action we would prefer not to try and litigate this matter in the public nor through the media.”

The housing sector has garnered the most headlines in Portland due to skyrocketing prices for renters and buyers, and rock-bottom vacancy rates for apartment-seekers. But that growth is showing signs of slowing, especially at the high end.

“It definitely was slower than we expected in April and May,” said Jeremy McPherson, Killian Pacific's vice president of development.

The Goat Blocks could further propel the transformation of the inner eastside from light industrial hub to full-fledged residential neighborhood. Killian Pacific has leased most of the ground floor of the $85 million project to a large grocer and a hardware store, along with a restaurant and a cider house and other retailers.

But the project's high rents effectively price out many Portland residents and could make the Goat Blocks a lightning rod in the city's ongoing affordable housing debate.

Rent increases have outpaced wage growth, and Portland's homeless population has continued to rise. In its spring survey of its members, apartment industry association Multifamily NW found that the Portland area's average rent is now $1,116 for a one-bedroom apartment. According to data from real estate firm Axiometrics, Portland-area rents have increased nearly 60 percent since 2010.

To address the housing shortage, the Portland City Council in December approved an inclusionary zoning policy that required developers of housing projects with 20 or more units to set aside 20 percent of them for low-income residents.

But the effort also prompted a rush of building permit applications before the policy took effect Feb. 1. Since then, the flow of such applications has slowed significantly.

“The idea that more supply will drive prices down is kind of a fallacy, because you can't build old apartments.” He allowed, though, that existing apartments would ease off on rent increases once enough new buildings came online.

Developers typically try to make a 5.5 percent return on their investments, he said. If 20 percent of the units rent for cheap, they have to compensate for the lost revenue by raising prices on the remaining units, he explained.

So far, Goodman said, this hasn't penciled out for developers, especially given high construction costs.

“I think we would have slowed down anyway, but it's brought it to a standstill,” he said.

With plenty of projects in the pipeline for the next few years, it's unclear whether Portland will see the effects of the slump in permit applications.

Kurt Creager, director of the Portland Housing Bureau, said the long-term negative effects of the policy will be few.

“The market will adjust to the new realities in due time,” he wrote in an email, “just as it has elsewhere where similar policies have existed for thirty years [notably Maryland and Virginia] where thousands of affordable dwellings have been produced.”

Plus, he said, the city will evaluate the policy by 2020 to ensure that the included property tax waivers and other incentives are sufficient to compel developers to add affordable units.

And yet, according to commercial real estate broker HFF, even at the current rate of construction, Portland will be severely under-housed after a decade.

“If you look at the last decade, we still haven't built enough housing to make up for population gains and household formation,” said Josh Lehner, an Oregon state economist.

While multi-family has seen strong growth, the total number of units is close to what it was in the '90s, he said.

Another powerful force could counteract the apparent residential slowdown and encourage even more development. Some of the world's most deep-pocketed Institutional investors have “discovered” Portland and are eager to buy in.

These investment bankers and pension fund managers have trillions of dollars to invest. Developers lucky enough to attract their attention are making small fortunes.

The Yard apartment building at the east end of the Burnside Bridge took all sorts of heat from critics who thought it was too big, too dark, too monolithic. But the developers had the last laugh. They had barely leased half the Yard's 284 units late last spring when a Thai investment trust swooped in with an offer to buy the building for an eye-popping $126 million.

The developers, who spent $84 million on the project, quickly accepted.

Both deals were record-high purchase prices in Portland, noted Chris Nelson, of Capstone Partners, testament to institutional investors' new regard for the region.

And yet, industry veterans who've lived through the collapse of other bullish cycles, can't help but be wary.

“Everyone agrees the party has been going on a long time,” said Jim Link, general manager and executive vice president of Skanska USA Building in Portland.

“I've been predicting that this cycle will end for two years.”

Every time, the market has proved him wrong.