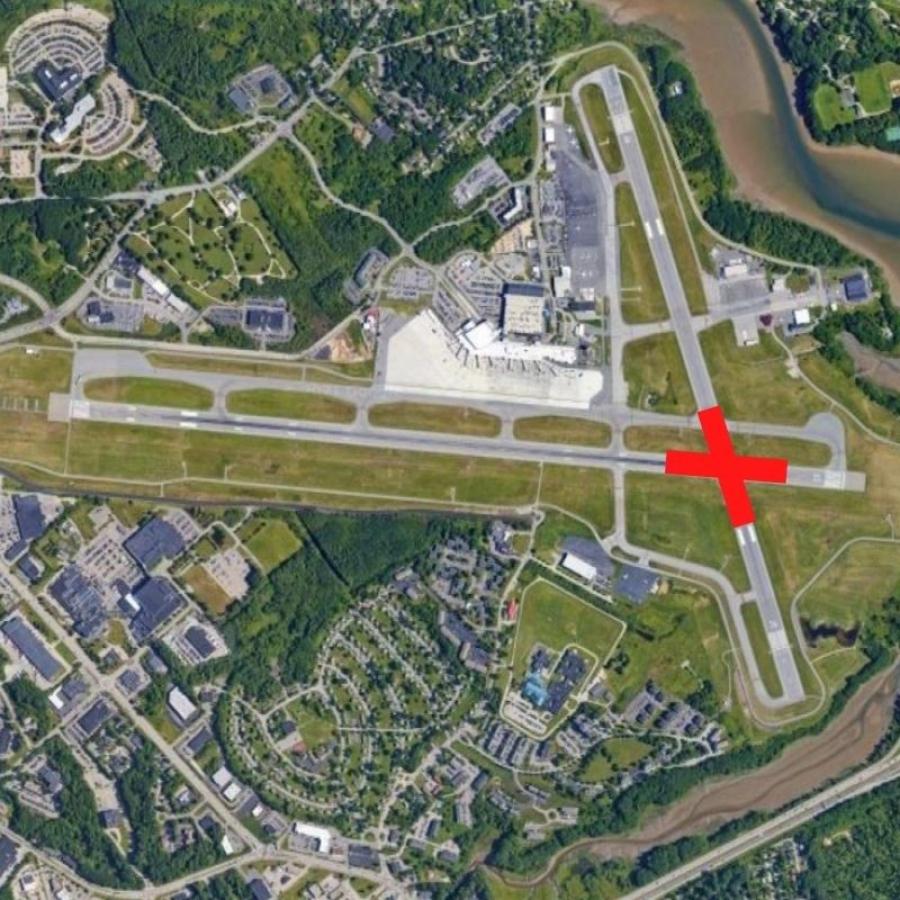 The Runway 11/29 Rehabilitation Project is part of the Portland jetport’s master plan and will mean a closure of the facility’s east-west runway until early on the morning of June 13, according to information on the airport’s website. (Portland International Jetport photo)

An eight-week project began April 18 at the Portland International Jetport in Maine to mill and overlay the facility's entire 7,200-ft.-long primary runway as well as to install new LED lighting to the airport's takeoff and landing surface.

During the length of the work, flights into Maine's largest city will arrive and depart using the airport's secondary runway.

The Runway 11/29 Rehabilitation Project is part of the Portland jetport's master plan and will mean a closure of the facility's east-west runway until early on the morning of June 13, according to information on the airport's website.

To get the renovation completed in just two months, the general contractor, Belmont, N.H.-based Pike Industries, is employing a crew of 50 to 70 people to remove and install 27.5 acres of runway pavement. In addition, the renewal effort involves installing 501 new LED taxiway and runway lights and putting in a total of 19.7 mi. of new electrical wire.

Ninety percent of the funding for the $13.7 million project was provided by the Federal Aviation Administration (FHA), with the other 10 percent spilt evenly between the Maine Department of Transportation (MaineDOT) and the Portland airport.

Paul Bradbury, director of the jetport, told WCSH News Center Maine in Portland that this kind of renovation project happens every 20 years or so to keep the runway in optimal condition for aircraft.

"We have done some patching on this runway already, so it is time," he explained. "The last runway rehabilitation was just 18 years ago, back in 2004."

As part of the new construction, Bradbury noted that flight patterns at the airport would change, and he cautioned residents in parts of Portland, South Portland, Scarborough and Westbrook to expect extra noise.

"All our flights will be taking off or departing to the north or the south," he elaborated. "So that will expose neighborhoods that normally don't [hear as much] aircraft noise. We are very concerned about this and want to make sure that our neighbors are aware of this change in pattern and the change in aviation noise."

Bradbury also noted that if there is low visibility or bad weather, travelers should expect some flight delays or cancellations during the renovation because the secondary runway does not have the instrument landing capability that the main strip does.

Because Portland International's two runways intersect, officials also have announced that the airport will be closed to all fixed-wing aircraft May 16 to June 13 from 10:30 p.m. to 5:45 a.m. so that crews may perform renovations at the point where the runways cross.

Dwight Anderson, one of the airport's engineers, and the manager of the runway project, told the Portland TV station that as pavement gets older, it cracks and breaks away, creating debris on the runway, necessitating the need for repaving. Otherwise, leaving even small pieces of broken pavement on the runway runs the risk of their being ingested by jet engines.

That means the runway renovation project must be done promptly to avoid damage to aircraft.

"The closure is necessary because there is so much work to be done," he added. "We are talking about 34,000 [bituminous] tons of pavement."