As one of Kentucky's leading suppliers of Ag lime, crushed stone, aggregate and gravel, the Allen Company has been serving Clark, Fayette, Woodford, Jessamine, Garrard, Lincoln, Boyle, Jackson and Madison counties since opening its Boonesboro Quarry in 1939. In 1966, a second quarry was added in Lexington followed by the acquisition of its Clover Bottom Quarry in 2004. While the quarry's limestone supplies the area's construction projects, it also is essential to the Allen Company's five asphalt plant operations within the region.

When Clover Bottom, located in McKee, Ky., experienced issues that caused it to go above ground, a fast, efficient and within-budget solution was needed. Presented with the idea of either repairing or replacing the old plant, Allen Company tasked Hunter Kenny, quarry manager, with exploring the options, including the source for a new mobile electric crushing and screening spread to handle its needs. 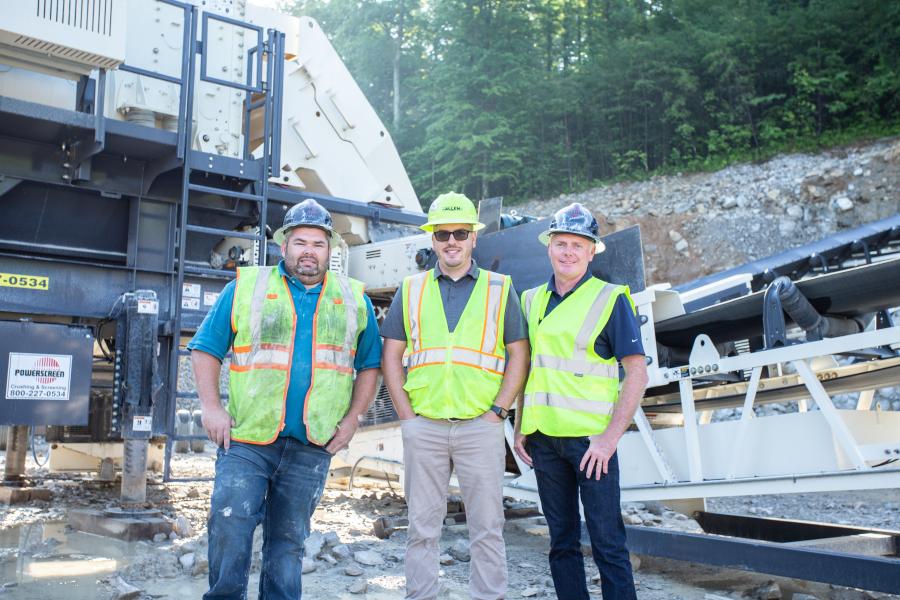 The spread would need to have the capability of handling the Clover Bottom Quarry's gabion, 57's, Ag lime, 2's and dense grade stones. Ultimately, Jeff Monahan, president of Allen Company; Jason Gabbard, executive vice president; and Grant Gabbard, executive vice president, elected to give Powerscreen Crushing and Screening the opportunity to show the company what its plant could do.

"We talked with several different equipment suppliers and ultimately found that Powerscreen Crushing and Screening could fulfill our production requirements within our budget and in a timeframe that suited us," said Kenny. "We were needing a plant that was compact, available, and would increase our daily production. Powerscreen Crushing and Screening brought all this to us with the new Terex Cedarapids plant."

The resulting new Terex Cedarapids Crushing and Screening spread, which replaced the quarry's 1960s-era equipment, provided significantly greater efficiency to the quarry's operations. As Kenny explained it, adjustments on the old plant could take a few hours while adjustments on the new plant can now be conducted in a few minutes with the touch of a button. He went on to say that, as with any new equipment, there was a learning curve and a few growing pains.

"The team at Powerscreen Crushing and Screening was quick to respond to any questions or concerns we had," he said. "They have been a great group to work with in this next chapter of crushing at our quarry."

Installed by Powerscreen Crushing and Screening, the new spread consists of:

The Cedarapids CRJ3255 jaw plant is a high-production, portable crushing machine combining the JW55 jaw crusher with the high stroke 52-in. by 20-ft. vibrating grizzly feeder. The plant's hydraulic wedge adjustment and tension rod system offers both speed and safety when performing adjustments, according to the manufacturer. 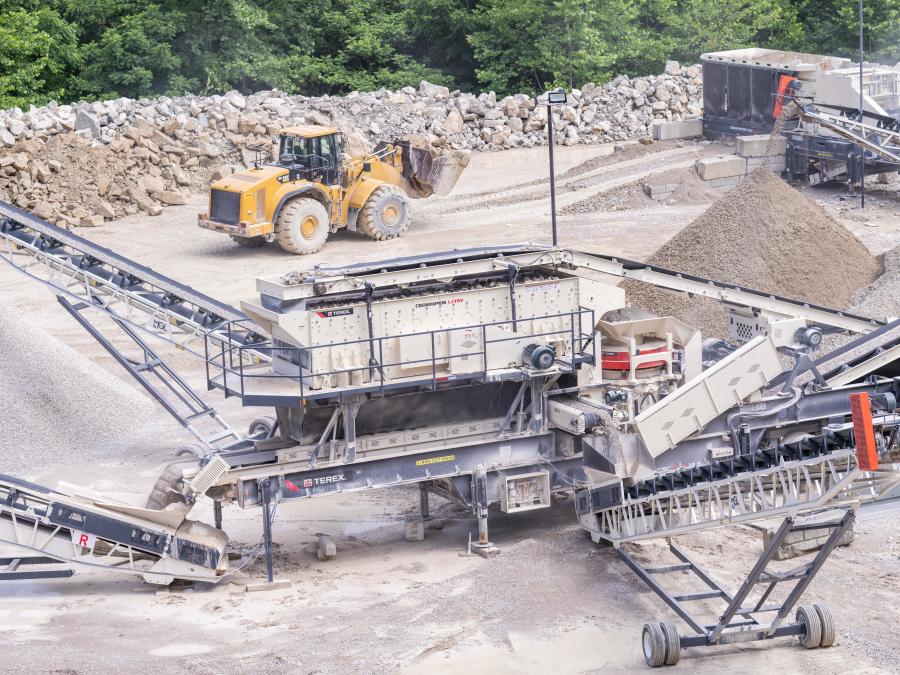 Under the jaw, the conveyor's heavy-duty, shock-absorbing impact bed and continuously supported side flashing along its diverging hopper, minimize spillage and maintenance. The Cedarapids CRJ3255 plant can be configured to meet a variety of customer applications with multiple options available from the manufacturer.

The Cedar Rapids CRC380XHLS plant combines the high-production MVP380X cone with LJ-TSV6203 screen components. The plant offers features such as a high lift screen (HLS) and integrated flow buffering features providing the operator with the capability to take full advantage of the cone's and screen's capabilities without throttling back on the feed to accommodate surges.