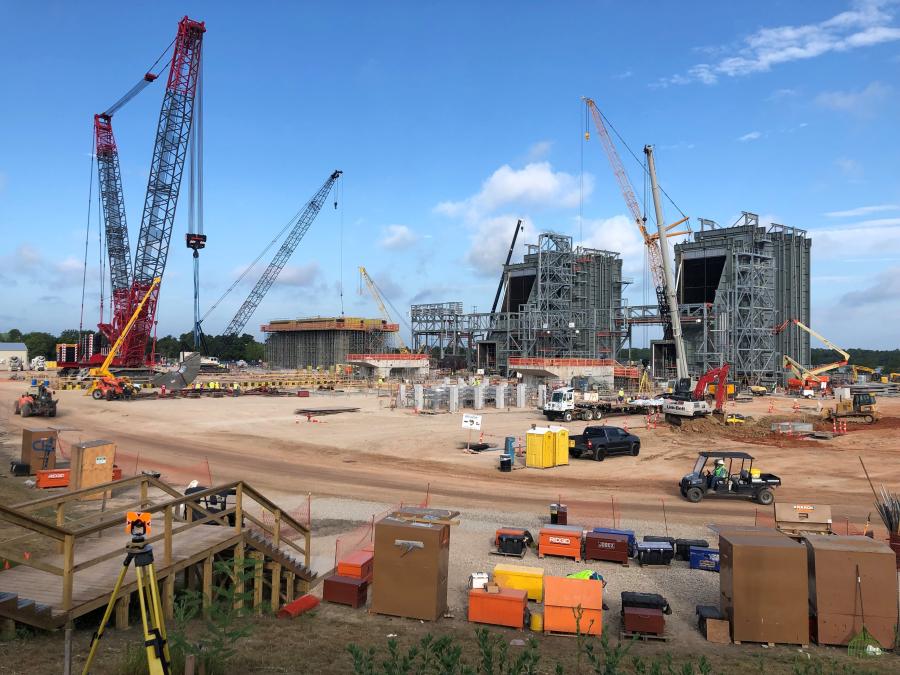 The Montgomery County Power Station (MCPS), under construction at the existing Lewis Creek Power Plant near Willis, Texas, is the first new Entergy power plant in Texas in 40 years. It is expected to be online by mid-2021.

Construction on a $937 million power plant in Southeast Texas is progressing smoothly — due in part to lessons learned from the recent construction of two other Entergy gas turbine power plants. 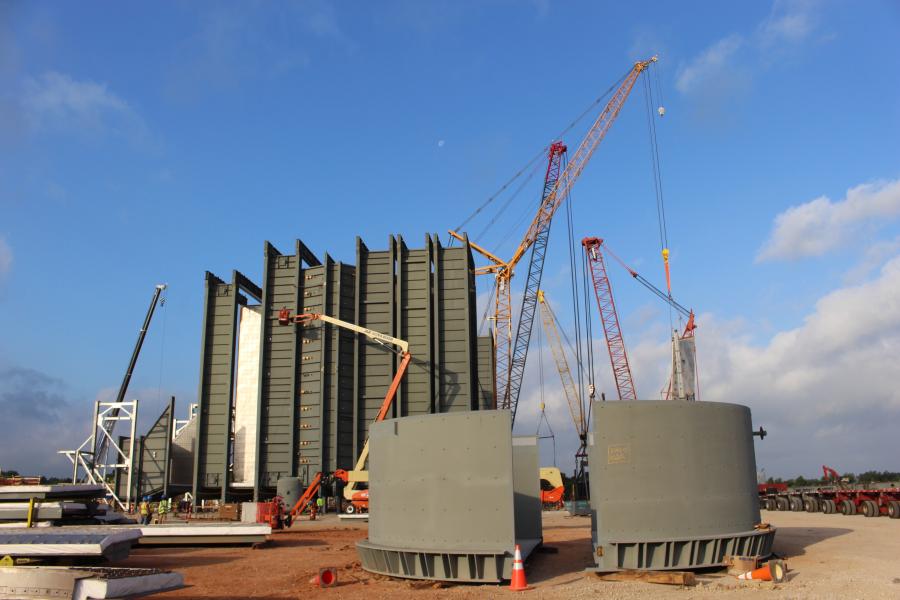 The Montgomery County Power Station (MCPS), under construction at the existing Lewis Creek Power Plant near Willis, Texas, is the first new Entergy power plant in Texas in 40 years. It is expected to be online by mid-2021. McDermott International Inc. is the project's engineer and construction contractor.

"All three plants are state-of-the-art combined cycle gas turbine facilities that will produce affordable, reliable and clean energy for Entergy customers," said Russ Cochran, project director. "They've learned from the previous two projects … that there's a better way to do it, and we're doing that here. As a portfolio, we're seeing a lot of benefits from doing three in a row," Cochran said.

Contractors recently finished using a trio of massive cranes to lift 20 heat recovery steam generator modules into place on skyscraper-like structures. Cranes on the job include: 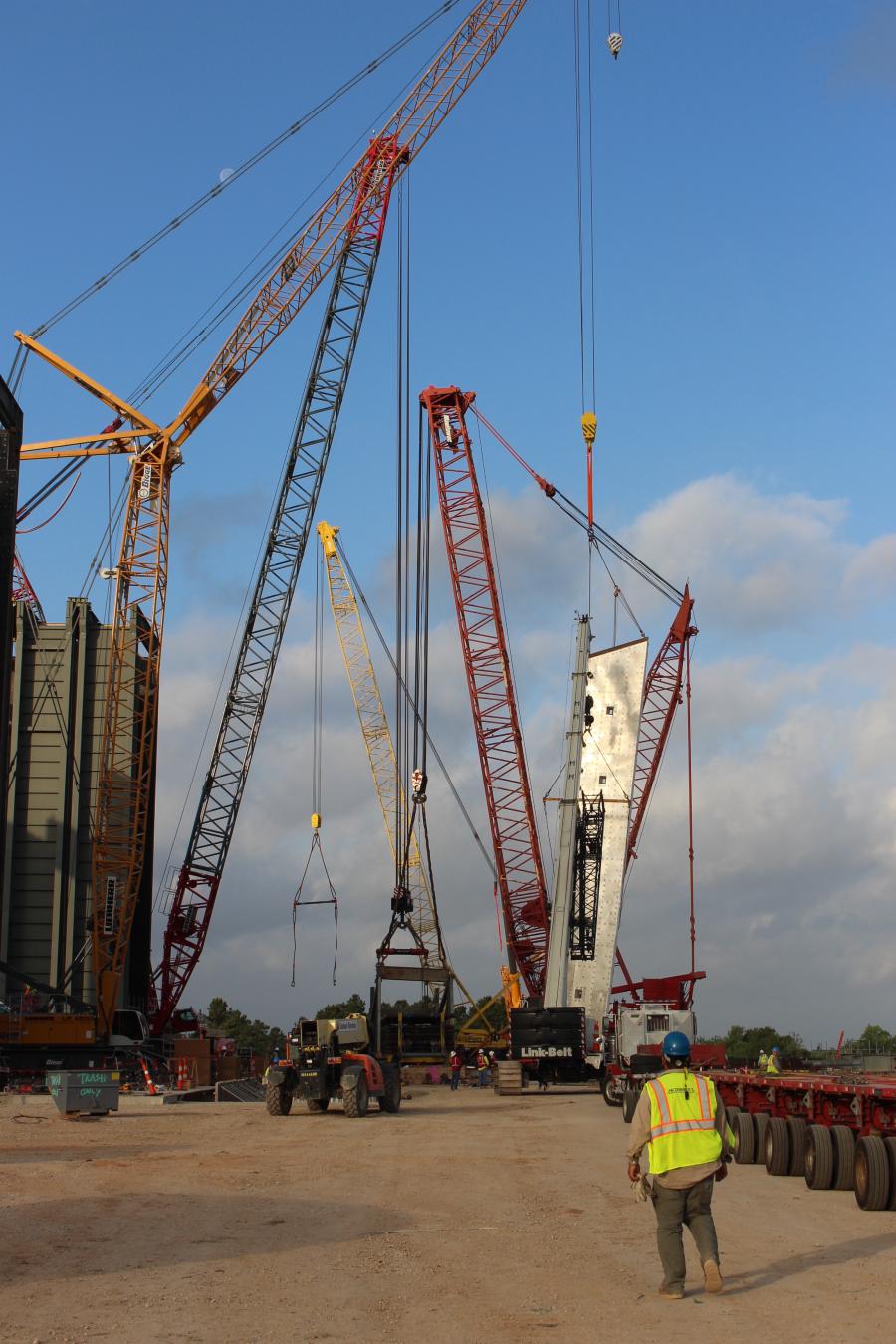 The HRSGs which will generate steam for the power station, were built overseas and shipped into the Port of Houston. The cranes lifted one module into place per day — weather permitting — beginning in June.

The modules are not the only heavy items on site. The large crane will be kept around through the end of the year to assist in the construction of the condenser and to lift the steam turbine and generator pieces. All the other cranes are needed to move the structural steel, piping, and building materials.

The MCPS will be a 993- megawatt combined cycle gas plant capable of producing enough energy to meet the average power needs of approximately 640,000 typical Texas homes. Its construction will provide more than 2,800 direct jobs in Texas and nearly $1 billion in economic activity for the regional economy, Cochran said.

Some of the project materials include:

Montgomery County is one of the fastest growing regions in the nation.

"Over the past several decades, billions of dollars in new investment and continuous job growth have powered the area, and we're projected to grow by even more in the next several years." 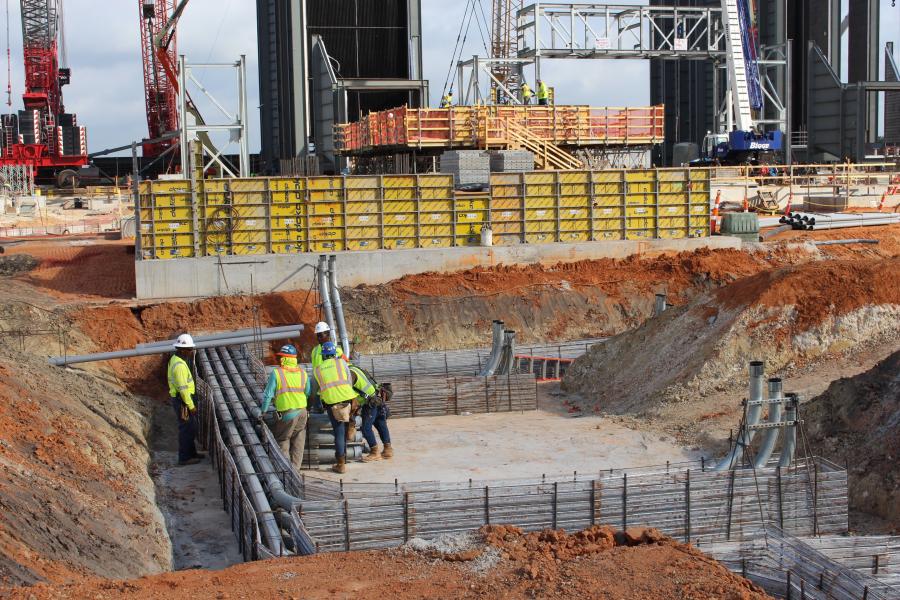 But while the region is growing, the infrastructure is aging and without action, the region faced a shortfall of 700 megawatts in just a few years. For perspective, one megawatt can power 200 homes. By 2022, that figure jumps to 1.2 gigawatts.

"The construction of the MCPS will modernize Entergy Texas' generation fleet using new technology that provides a cleaner and more efficient source of power," said Sallie Ranier, president and CEO of Entergy, Texas. "This efficient technology will benefit customers by providing a savings of approximately $1.7 billion over the next 30 years.

"In addition to meeting customer needs, MCPS also will have a substantial impact on the Texas economy. An independent economic analysis by TXP Inc. estimates that construction alone is expected to generate an estimated $1 billion in economic activity across the state. Additionally, construction is expected to create a multiplier effect of more than 7,000 jobs (direct, indirect, induced).