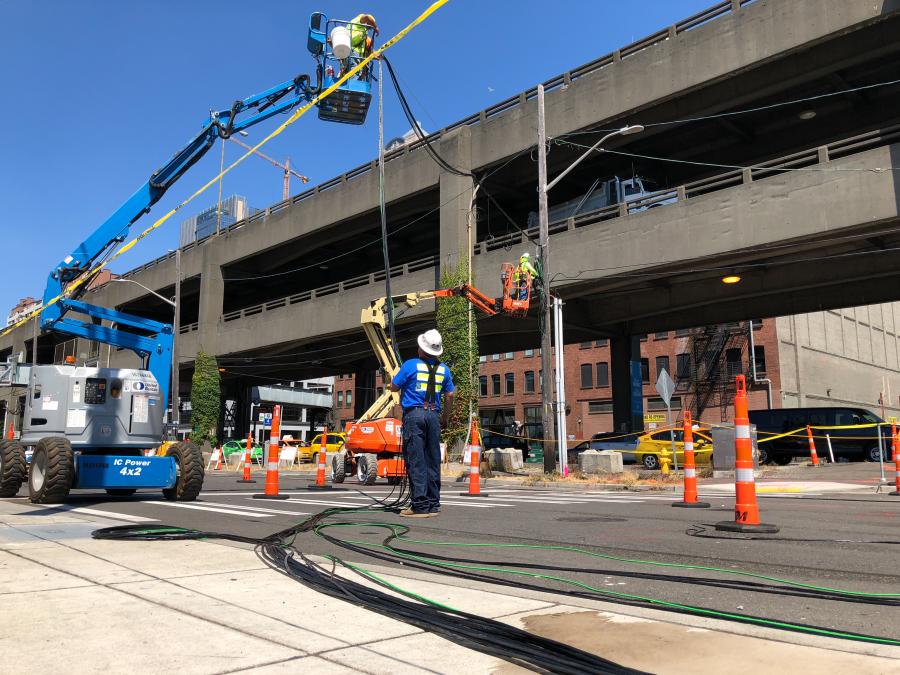 Aug. 6 marked the beginning of an important project that must be completed before the Alaskan Way Viaduct can be removed. Crews working for Kiewit Infrastructure West Co. have begun the traffic signal, striping and roadway signage work required to switch traffic on Alaskan Way from beneath the viaduct to just west of the viaduct. Alaskan Way's travel lanes were detoured beneath the viaduct years ago to accommodate construction of the seawall project and the SR 99 tunnel, which could open as soon as this fall.

Crews will be working through late summer or early fall to restore street traffic to the west side of the viaduct. This switch will provide space under and around the viaduct for the removal work, while keeping Alaskan Way open during that construction. Implementing the traffic switch requires wiring intersections for traffic signals, installing roadway signage, and updating roadway and parking striping. 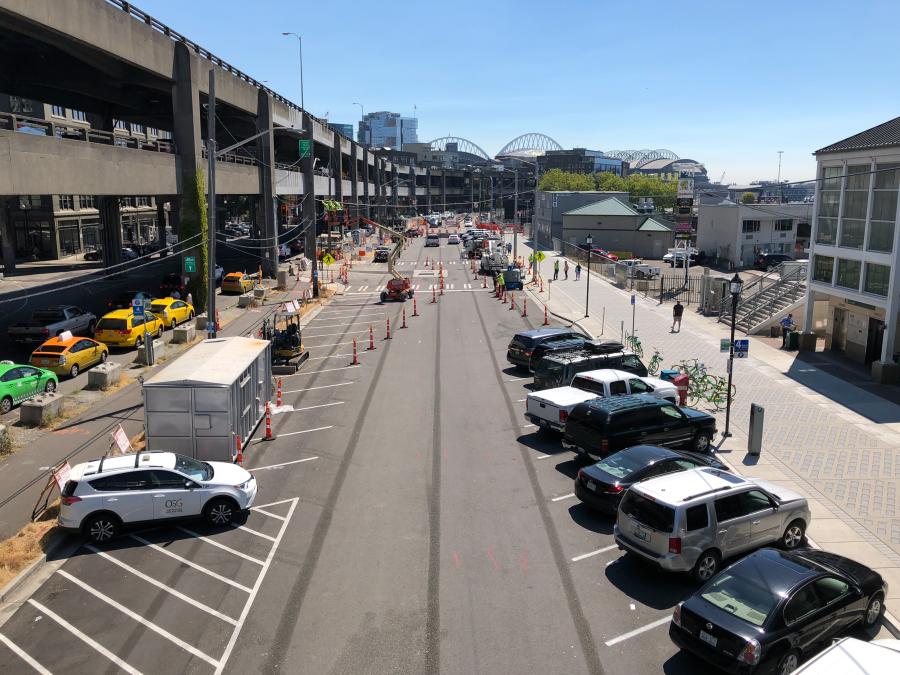 Crews are working on the west side of the viaduct, at the cross-street intersections from Yesler Way to Union Street. They are installing wooden traffic signal poles; trenching and adding underground conduits; and installing cables and traffic signals overhead.

This work will temporarily close some parking spaces and parts of the intersections to ensure the safety of crews and the travelling public. People walking, biking and driving along the waterfront will still be able to move through the area and business loading zones will be preserved. Kiewit's crews are minimizing their work areas where possible in order to limit these temporary parking disruptions.

This work will not disrupt the new, free Waterfront Shuttle. The pilot service is providing free hop-on, hop-off rides between Pioneer Square and the Space Needle, with stops along the waterfront.

Part of WSDOT's funding commitment to Seattle's waterfront and Pioneer Square, the shuttle runs approximately every 25 minutes from 10 a.m. to 8 p.m., seven days a week, through Oct. 1.

The switch of traffic from under the viaduct to west of the viaduct will happen before the three-week #realign99 closure of SR 99.