Primed for Success: Grote Industries Sees a Bright Future Ahead Despite Short-Term Uncertainty 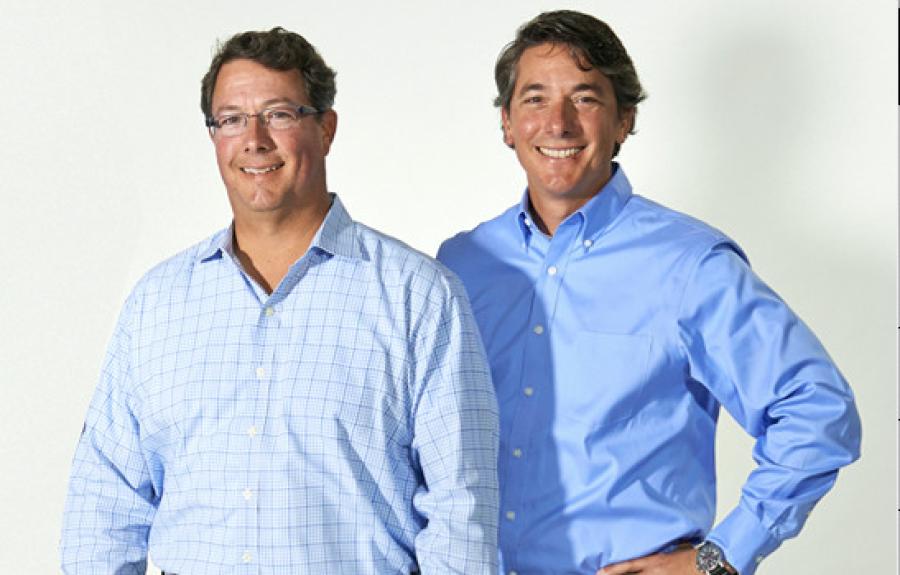 Progress can often be a slow process, and it's almost never achieved without patience, focus and a keen understanding of the goals and objectives that lie ahead.

Dominic and John Grote aren't exactly sure of what the future holds, but they do know how they plan to proceed in spite of some of the challenges they have faced — and continue to face — in 2020.

"We really started the year with a different world around us," said John Grote, global vice president of sales and marketing of AEM member company Grote Industries, a worldwide manufacturer and supplier of lighting products and safety systems.

"After the first quarter and the shock of everything we experienced with the COVID-19 pandemic, I think we're in a new normal for us. So, we've made the adjustments we've needed to make to put ourselves in a strong position, because we don't really see anything changing for the next 12 months."

When the best and brightest companies — regardless of size, type, history or industry served — find themselves in the midst of a crisis, their leaders often assume the difficult task of examining everything throughout the organization in an effort to determine how best to chart a course forward. And what often makes such an exercise so challenging is the circumstances that ultimately inform the decisions being made are constantly changing.

"For us, I would say that's been the hardest part about everything we've been through so far this year," said John Grote.

In late January, right around the time of the Chinese New Year, Grote officials became aware that COVID-19 was beginning to see significant spread in various portions of China. And since the company has two locations in the country — one in Shanghai and one in ZhuZhou in the Hunan province — ensuring the safety and well-being of those affected needed to be the organization's top priority.

"Then there's the fact that we have an extensive supply chain network in China, one that helps support us and what we do here in the [United States]," said Dominic Grote, the company's president and CEO.

"So, for us, we also spent a lot of time and energy just trying to get our minds around the supply chain side of things," he continued. "In Asia, there's really this veil of ‘Do you really know what you're buying and who you're buying it from?' So, it was about trying to peel those layers back in terms of how things are done, where to get components and what to buy. That was a real effort — just trying to gain clarity on who was affected and where. We had to build some capability and insight. It took a lot of communication and putting data together, and some monitoring capabilities that we really didn't have before."

Grote Industries eventually engaged in a whole host of tasks and initiatives aimed at supporting both its aftermarket capabilities and component-side OEM production. The efforts paid dividends, as the company ultimately gained a greater control of, and insight into, its supply chain. And — perhaps even more importantly — the company's significant investment of time, effort and resources into the initiative helped Grote prepare to deal with the COVID-19 pandemic once it began to emerge stateside.

"Everyone kept their cool, and they realized things were fluid," said Dominic Grote. "We were encouraged to make decisions and make changes. And people were okay with that, because they understood things were turbulent."

Despite the challenging and ever-evolving circumstances, Grote managed to hold its own, stay open and remain essential to the markets it serves — all while helping combat the COVID-19 pandemic by working to produce PPE for front-line healthcare workers.

"We haven't shut down, and our mantra has been that we're going to support our customers," said Dominic Grote. "The only way we're not staying open is if we're shut down by the government or we have an outbreak problem within one of our facilities. And I think that's helped our people stay focused."

In addition, both Dominic and John Grote cite the efforts of the Chinese government in providing guidance and making key decisions in terms of health and safety protocols as being helpful in weathering the COVID-19 crisis abroad.

"As the crisis in China broke out and we were trying to figure out what it means, and then they extended the shutdowns, we did not have to map out our own health and safety plan " said Dominic Grote. "All of the decisions that needed to be made in terms of health and safety protocols, as well as going back to work procedures — it was all dictated by the government. All our local leadership team had to do was implement what it was told." Still a tense and stressful time, but easier in terms of answering what's next.

Looking to the future, company officials readily admit they see the market for their product offerings as being "soft and slow" in the near term. However, as the outlook inevitably starts to improve over time, they are confident Grote will find itself positioned for sustained success.

"Grote is a very stable company," said Dominic Grote. "We've been around for nearly 120 years and have been through a lot over that time."

Leaders throughout the company have been amazed at how flexible and resilient the organization has become in response to the challenges it has faced so far in 2020. They credit a concerted effort by everyone within the company to remain positive, productive and focused on what they can control allowing Grote to continue to progress forward amid significant uncertainty.

"We know that it's in our control to manage our own business, our spending levels, our workflow and — through customer communication — keep our team safe globally," said John Grote. "We'll continue to focus on our continuous improvement possibilities within the organization and execute those improvements across the board."