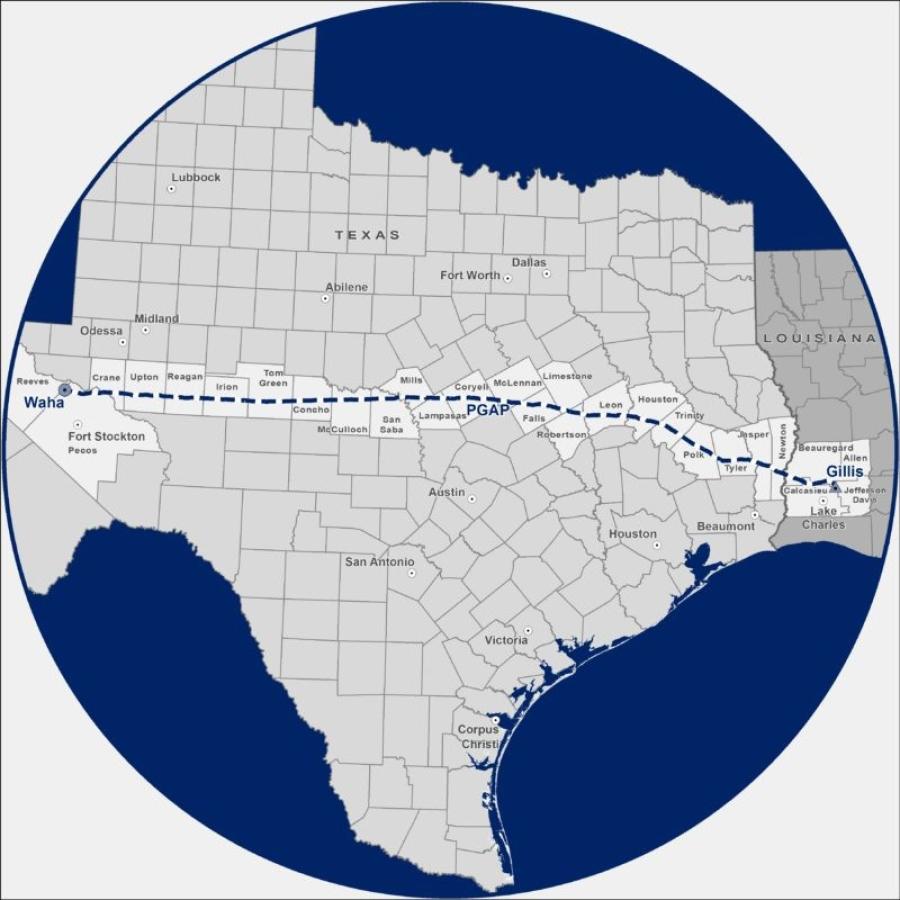 The proposed natural gas pipeline project would span 625 mi. and be 42 in. in diameter. (Permian Global Access Pipeline photo)

Permian Global Access Pipeline (PGAP) is proposing to construct, own and operate a natural gas pipeline project that will begin at the Waha Hub, the gateway for Permian gas heading to market, and ends near Lake Charles, La., the heart of United States gas market growth.

The project is part of Tellurian's proposed Tellurian Pipeline Network that represents a $7.0 billion investment in U.S. infrastructure, and the creation of approximately 15,000 jobs in Texas and Louisiana.

Its preliminary route takes it through the northeastern tip of Robertson County and completely across Leon County from west to east.

"It's going to be helpful for each of those counties," Dana Altimore, president of Hearne Chamber of Commerce told local KBTX-TV. "It should be because those people are going to spend some time in those counties and therefore they'll spend their money in those counties so I think it will be an economic boost."

Project representatives said that the pipeline would be almost entirely underground except for six places. They've started notifying stakeholders about the proposed route and say they will address any concerns they have. There is no deadline yet for a final route.

The project currently is in the Federal Energy Regulatory Commission (FERC) application phase.

Tellurian asked FERC to review its proposed pipeline following an oversubscribed open season for the 625-mile natural gas project. Tellurian emphasized the economic and environmental benefits it would have.

"Of critical importance to the Permian Basin, all of Texas and Louisiana and globally, PGAP will facilitate the reduction of venting and flaring of natural gas and will continue to foster the displacement of burning fuel oil and coal for fuel via fuel switching to natural gas," the filing said.

Construction could start as early as 2022 and be ready to operate in 2023.