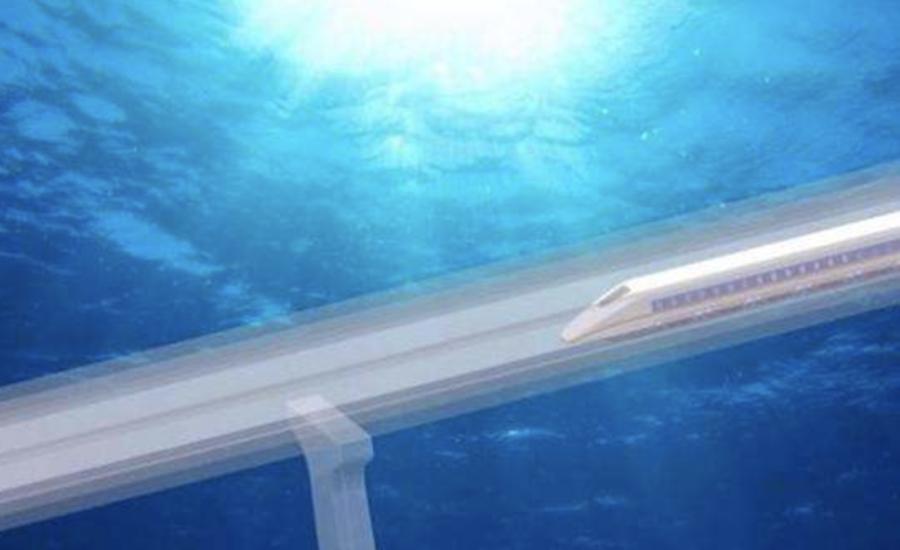 Several Chinese scientists have proposed a submarine vacuum rail project that runs at a theoretical speed of 2,000 kilometers per hour, twice as fast as the Hyperloop concept initiated by Elon Musk.

The plan is largely on paper at the moment, and has not been formally accepted by government agencies as an official scientific project. The underwater railway is a vacuum tunnel floating in water, with 90% of its weight carried by buoyant force. Vehicles will be traveling using magnetic levitation technology.

Once completed, the submarine vacuum rail could shorten travel time between the coast of Fujian province to Taiwan, a distance of 72 nautical miles, to around ten minutes, according to an article published by China's Technology Daily.

The submarine vacuum tunnel will be constructed using shielded underwater bridge technology. If completed, it will be the world's first and longest underwater vacuum tunnel with a total length of 10 kilometers, according to the article.

There is currently no timetable on when the Zhoushan tunnel will be constructed, or if it will be built as relevant parties are still studying the plans.

For the past 20 years, China has built over 500 underwater tunnels and significantly improved its underwater tunnel construction technology. The submarine vacuum tunnel will move China to the forefront of the sector if it can be executed successfully, says the article.