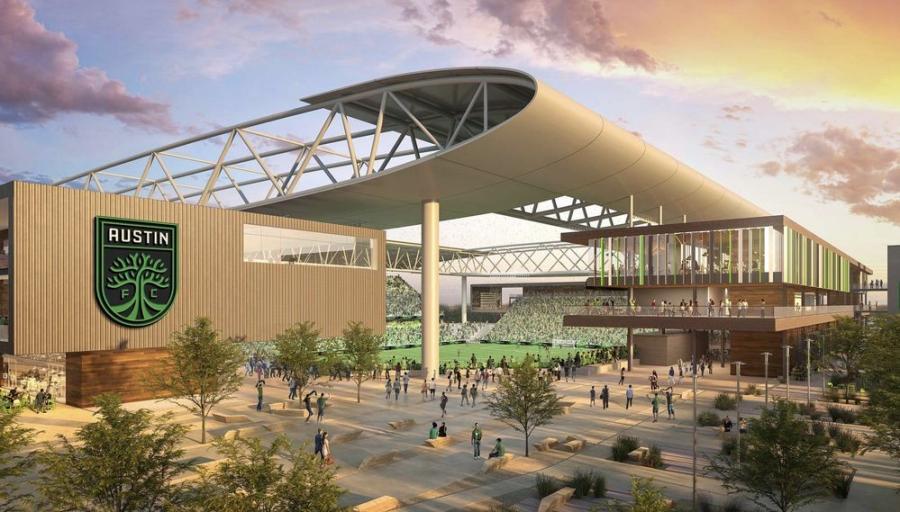 Precourt Sports Ventures LLC recently announced franchise, Austin FC, has selected Austin Commercial as its construction manager; Gensler as the lead architect; and CAA ICON as design partners for the planned 100 percent-privately financed 20,500-seat soccer park and stadium, which is set to break ground in mid-September at McKalla Place.

Precourt Sports Ventures LLC, the investor-operator of Major League Soccer's most recently announced franchise, Austin FC, has selected its construction manager and design partners for the planned 100 percent-privately financed 20,500-seat soccer park and stadium, which is set to break ground in mid-September at McKalla Place. Austin Commercial has been named as the construction manager; Gensler is the lead architect; and CAA ICON is the project manager and representative of PSV.

"Austin FC is pleased to name the construction and design team that will bring to reality our dream of building a world-class sports and entertainment facility for Austin," Anthony Precourt, chairman and CEO of PSV and Austin FC, said. "This exceptionally talented team will construct a stadium that our club and city will be proud of, and it will open in time for the 2021 Major League Soccer season. I am excited that this will create local jobs and facilities, for all of Austin to enjoy together." 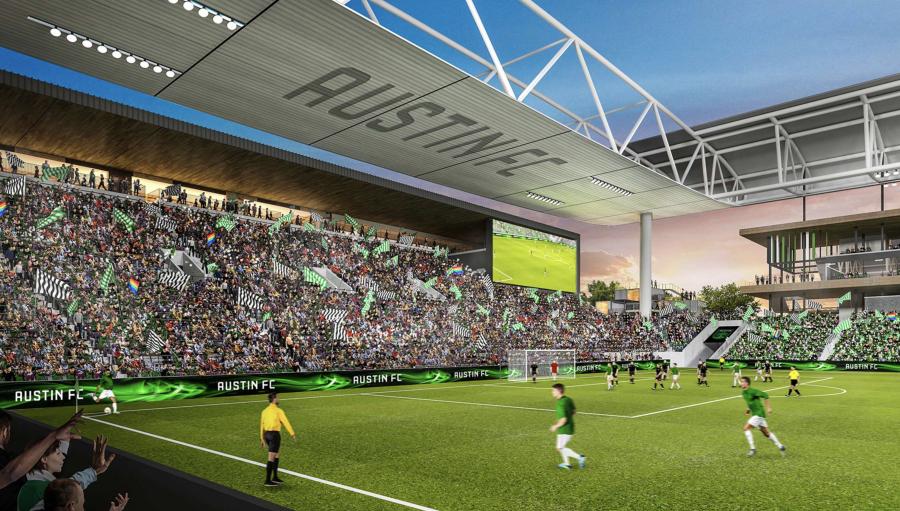 "Austin Commercial has been privileged to take part in a number of one-of-a-kind projects that have helped make Austin such a great city in which to live, work and play," Brad Brown, president of Austin Commercial, said. "Because Austin is home to so many of our employee-owners, many of whom we expect will be among Austin FC's biggest fans, we are excited about the benefits this new world-class stadium will bring. This project will create a significant number of local jobs for the community, and we are committed to utilizing local, small, minority and women-owned businesses throughout all phases of the project."

The state-of-the-art, natural grass, open-air stadium is designed as an entertainment and multipurpose cultural and civic event venue that will offer first-class performance and entertainment areas and related facilities. The landscape design plan for the grounds outside the stadium at McKalla Place will offer public access and amenities. PSV has committed to privately funding the stadium, which is now estimated to cost $240 million, and also to building a training facility, bringing PSV's total investment in Austin, including the value of the team, to more than $475 million. In addition, PSV will fulfill numerous community benefit pledges designed to address the issues of affordable housing, equity, youth health and wellness. PSV also will build and refurbish soccer fields and increase access to soccer programs, particularly for underserved communities.

Austin Commercial, which is known for some of the state's most iconic structures including, American Airlines Center, Austin-Bergstrom Airport, Baylor McLane Stadium, Long Center for the Performing Arts and Austin City Limits, has had an Austin office for more than 30 years. Austin Commercial will provide overall construction management and general contracting services for the new stadium. The firm, which recently celebrated its 100th anniversary, has been nationally recognized for its previous work in the sports market.

Gensler has led the McKalla Place project from site planning through the current design that elevates the game day experience for Major League Soccer fans. The new stadium will be a setting for entertainment, leisure and outdoor activities for residents and visitors of Austin, when not being utilized as a world-class, professional soccer venue. Gensler's Sports practice, with leadership in both LA and Austin, will oversee the project through construction. 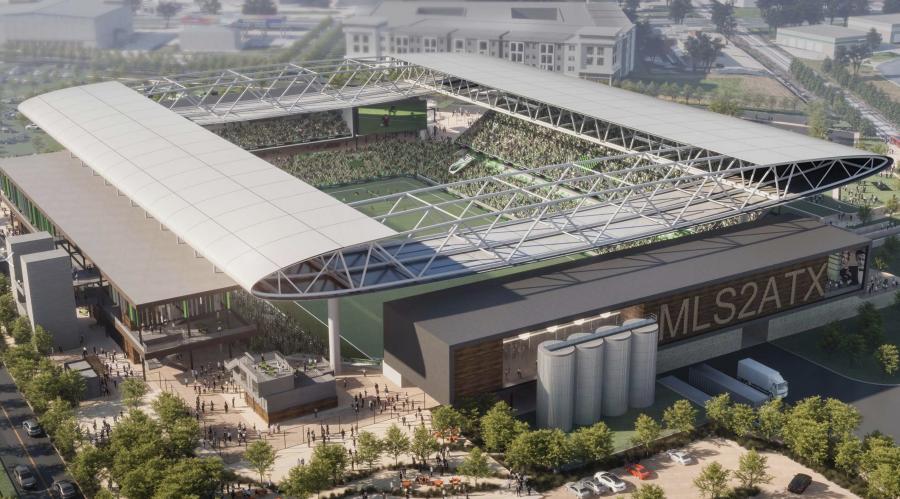 CAA ICON will provide project management services throughout the development, design and construction of the stadium including venue programming and design coordination; budget and schedule controls implementation; and oversight of construction and commissioning activities. Having served in a similar capacity for the majority of MLS stadiums in North America, CAA ICON brings unique sports-specific expertise to the team.

PSV will work with the city of Austin's Office of Sustainability to achieve, at a minimum, a U.S. Green Building Council Leadership in Energy and Environmental Design Silver certification or an Austin Energy Green Building Commercial rating of at least two stars. Additionally, based upon an independent report from Brailsford & Dunlavey, the city conservatively estimates that 934 full-time equivalency jobs will be created in Austin due to construction (1,528 in Travis County). This includes $103 million in economic impact during construction alone ($162 million in Travis County), including an average annual salary of $52,000. PSV also has hired local MWBE consultant Haynes-Eaglin-Waters LLC to help ensure minority and women owned business participation.