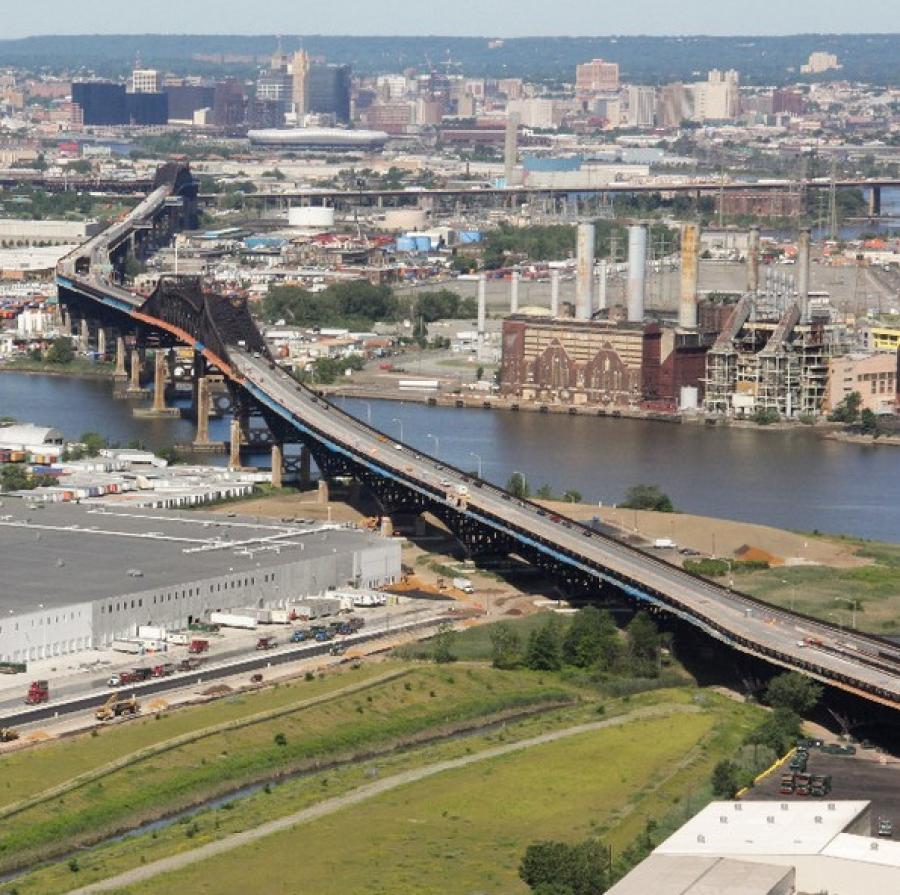 New Jersey Department of Transportation (NJDOT) officials announced that the northbound lanes on the Pulaski Skyway was reopened July 2 returning two-way traffic to the iconic bridge.

“Rehabilitating an 85-year-old structure that is 3.5 miles long is a massive undertaking, and the completion of the redecking portion of this project marks a major milestone, but there is still more work to do,” said Diane Gutierrez-Scaccetti, NJDOT commissioner. “Greater deterioration of steel required more extensive repairs than expected, and combined with some of the worst winter weather in New Jersey history, this portion of the 11-contract project took longer than originally anticipated. We appreciate the public's patience while these necessary repairs were made and traffic was rerouted. The good news is the innovative materials and methods used to rehabilitate the Skyway mean this deck will last for decades to come.”

Vehicles heading to Tonnele Circle, Route 1&9 North and the Lincoln Tunnel must stay to the right to exit. Motorists heading to Route 139 and the Holland Tunnel must use the left lane. In addition, the Newark, Kearny and Broadway ramps will remain closed for rehabilitation in future contracts.

With the reopening of the northbound lanes on the Skyway, Route 139 lower level will resume the variable lane configuration Mondays through Fridays (except Holidays) with two lanes inbound (eastbound) and one lane outbound (westbound) in the morning and two lanes outbound (westbound) and one lane inbound (eastbound) in the afternoon and evening. Sunday afternoons and evenings also will have two inbound lanes going towards the Tunnel, with one lane outbound.

NJDOT successfully worked with local officials, other transportation agencies, emergency responders, employers and others to devise strategies to minimize congestion and other negative impacts during the closure of the northbound lanes. Enhancements to existing transit services by our partner agencies, improvements to the Route 1&9 truck corridor, and the use of the shoulder on the NJ Turnpike Extension during peak traffic times were key to keeping traffic flowing during the deck reconstruction.

There were several challenges on these deck replacement contracts, including the greater deterioration of steel that was found when the deck was removed, and extremely harsh weather conditions. Another challenge was the Skyway has 118 spans but only the two river spans are the same. That means the framing plans were unique on each and every span, and very few of the 3,500 deck panels were identical. This made the field verification process more important and due to the 3.5-mi. length of the Skyway, much more time consuming.

To get a sense of the enormity of the work just completed, the redecking contracts included the replacement of 44 floor beams; removal and installation of tens of thousands of stringers (steel beams) and 3,500 deck panels; and the replacement of more than 15 million lbs. of structural steel. In addition to the new steel beams, new deck panels and riding surface, contracts 3 and 4 included improvements to the drainage system and lighting system. Twelve new overhead sign boards were added and 284 new LED lights were installed. Guiderail was upgraded to modern safety standards and the balustrade and lighting were designed to replicate the historic look of the Skyway.

Many innovative and sustainable technologies were used on the Pulaski Skyway that will extend the service life of the structure for decades to come. These state-of-the-art materials include:

Milestone Reached, More Work to Do

Completing these two contracts and restoring two-way traffic to the Skyway is an important milestone, however there is still a great deal of work to do. Fortunately, the remaining work will have far less impact on traffic, but there still will be the need for occasional temporary closures as future contracts advance. The project is being advanced through 11 separate construction contracts and is expected to be completed in 2024.

Three contracts are now complete, three are under construction, one is expected to be awarded this summer, and four more are in final design. Contract 1, which removed the concrete encasement around steel beams on the eastern end of the Skyway, and contracts 3 and 4, which replaced the deck are now complete.

Contract 2, the rehabilitation of Route 139 upper and lower levels, which included the reconstruction of five bridges over the lower roadway, is nearing completion. Contract 5 will replace the Kearny ramp and is under construction, as is contract 7, which replaces the Newark ramp, makes repairs to steel and substructure on either end of the Skyway, and resurfaces a portion of Route 1&9 in Newark. The other contracts will make repairs to the piers and structural steel of all truss members, replace the rocker bents, which are pieces of the superstructure that provide the flexibility for the bridge, and repaint the structure.

Pulaski by the Numbers:

NJDOT created a project-specific website — pulaskiskyway.com — which contains a wealth of information about the Skyway and the project, and will be updated with relevant new information as work progresses. The Department is carefully coordinating the Pulaski Skyway project with other regional transportation infrastructure projects to minimize traffic congestion.

The Department has a project hotline telephone number, 973/776-7400, and email, [email protected] Anyone who has questions, concerns, or suggestions is encouraged to contact the Project Outreach Team as work progresses.