The stadium in St. Petersburg has been under construction for almost a decade. 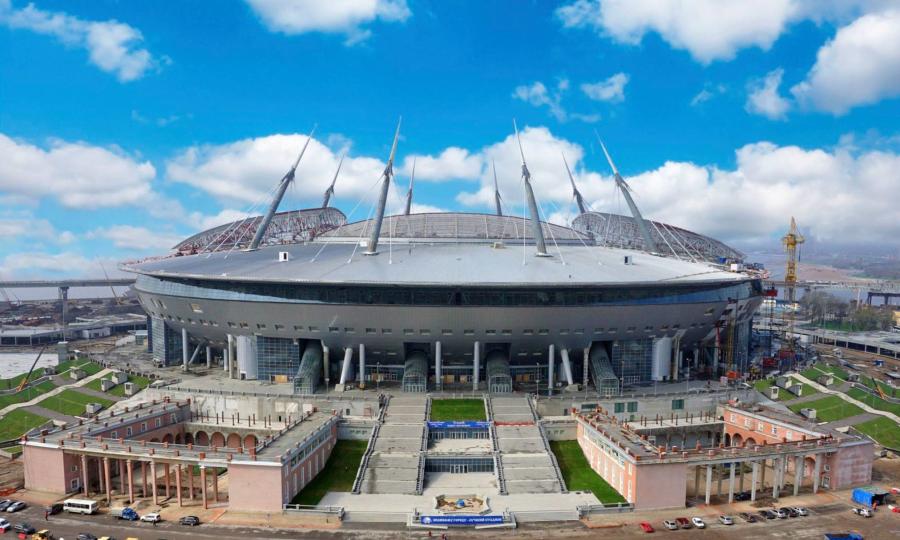 Image courtesy of Wikipedia. Putin said the stadium, provisionally named Zenit Arena, and other infrastructure must be built on time.

MOSCOW (AP) - Russian President Vladimir Putin on Monday ordered officials in St. Petersburg to speed up construction of a trouble-plagued stadium which is scheduled to host 2018 World Cup games, including a semifinal.

In a decree published Monday on the Kremlin's website, Putin said the stadium — provisionally named Zenit Arena — and other infrastructure must be built on time.

The decree said Putin instructed officials to “adopt comprehensive measures to eliminate the gaps” in the stadium's construction schedule. He gave similar instructions to local authorities in Samara and Kaliningrad where two other World Cup stadiums are being built.

The stadium in Russia's second-largest city has been in construction for almost a decade, and St. Petersburg City Hall announced Friday it had fired the general contractor over alleged cost overruns and delays. The stadium, which was to be completed this year and used for the 2017 Confederations Cup, is set to cost over $620 million.

FIFA spokeswoman Delia Fisher told The Associated Press on Monday that FIFA expects the stadium to be delivered in December.

Russian Sports Minister Vitaly Mutko gave assurances last week that the stadium will be built in time to host the Confederations Cup.