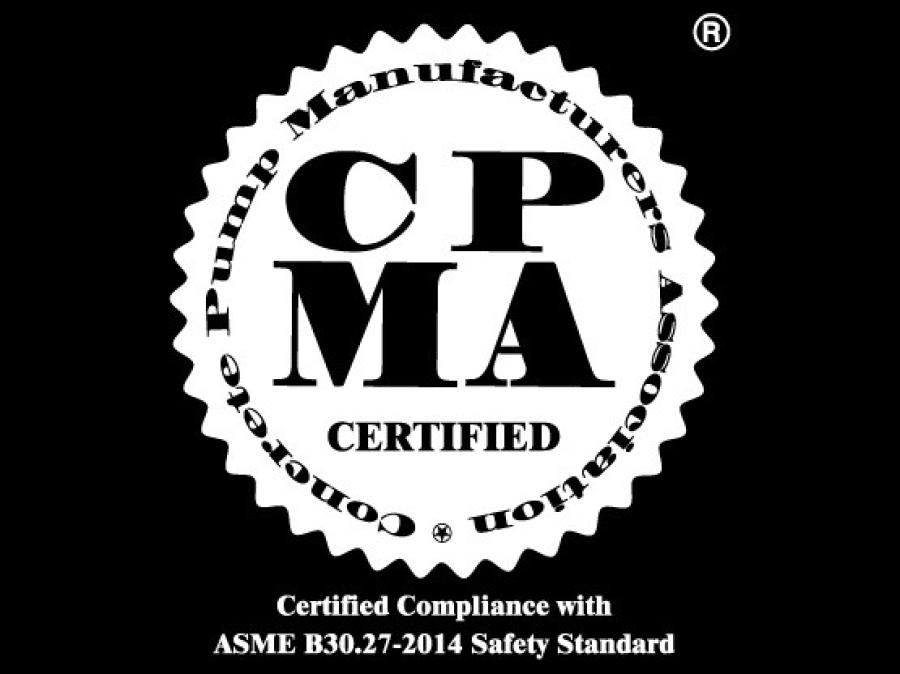 Accomplishing CPMA certification requires a detailed audit by an independent third-party auditor with ANAB accreditation, and it encompasses an exhaustive safety checklist for each section within the standard. To maintain compliance, subsequent audits per product family must be meticulously performed every three years.

The audited CPMA certification recognizes Putzmeister as being in full compliance with the most current version of ASME B30.27 Safety Standard for boom pump products.

“In early 2006, we were first in the industry to attain CPMA certification for our entire boom pump and placing boom product line,” said John Roberts, engineering director at Putzmeister. “We continually strive to hold this standard for our product lines.”

CPMA was initiated by concrete pump and systems manufacturers to formalize a guideline for the design, manufacture, testing, safe use, inspection and maintenance of concrete pumps for the North American market. Its formally documented safety standard was developed to prevent accidents due to unsafe products and practices. Later the safety guidelines were transferred to ASME (The American Society of Mechanical Engineers) for publication and maintenance. CPMA continues to develop guidelines to ensure safe products and operational practices. As new guidelines are developed they are transferred to ASME for inclusion into the ASME B30.27 Safety Standard.

“I'd like to personally congratulate the Putzmeister America team,” said Roberts. “This certification shows our dedication to ensuring safety is a priority of Putzmeister and we have our staff to thank for all of their continued hard work.”

For more information, call Putzmeister America at 800/884-7210 or visit www.putzmeisteramerica.com.