As construction of the FIFA World Cup soccer stadium in Qatar heats up, a new technology has emerged to help workers beat the desert heat. 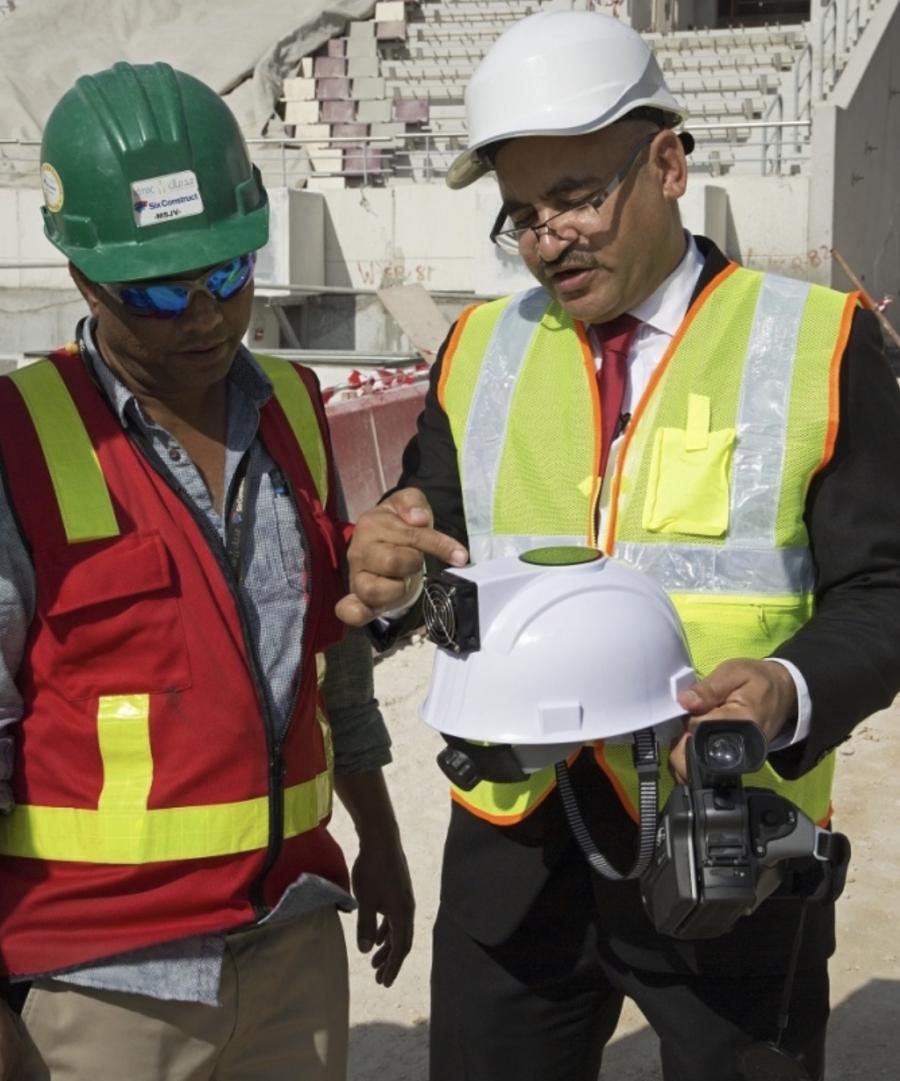 As work continues on the FIFA World Cup soccer stadium in Qatar, the obvious question for anyone observing construction activities is how will the workers be able to work under the penetrating sun of the Arabian desert?

Engineers from Qatar University have provided an interesting solution. A team from the university developed a hard hat that would actively keep workers cool and the best part is that its power source is that very same sun.

"A fan in the top of the helmet blows air over a cold pack onto the person's face reducing skin temperature by up to 10 degrees centigrade," said Professor Saud Ghani, an engineering professor at Qatar University.

The lining also absorbs great quantities of heat and can last up to four hours before a new liner would have to be applied.

The professor stated that reducing the temperature of the head and face will help the rest of the body reduce heat as well and ensure workers have a constant flow of cool air throughout their work day.

Potential customers in Mexico, South Korea, Egypt and Singapore have all shown interest in these cooling hats already.

A battery-operated version was previously created by a company in Tulsa, Okla. but this would be the first hard hat that was powered by a renewable energy source.

Although cooling hats have already been introduced in other markets (especially those related to athletics), the technology has yet to become commonplace in the construction industry.—CEG