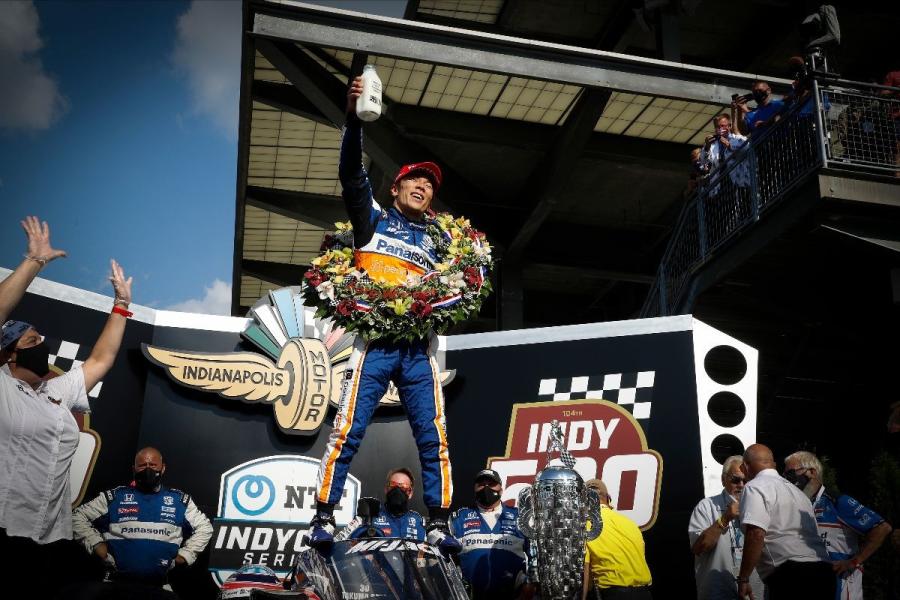 On Aug. 23, Takuma Sato (#30), brought the Rahal, Letterman and Lanigan Racing (RLL) team its second Indianapolis 500 win. RLL's Graham Rahal (#15) finished third, while teammate Spencer Pigot (#45) was examined and discharged from the hospital after crashing in Turn 4 on Lap 196.

Sato earned his second Indy 500 win from his best start for the 500 (third place). He led twice for a total of 27 laps and was fast in the final stage of the race after his last stop. Exiting the pits in second place, Sato took the lead from Scott Dixon on lap 185, then held off several attempts by Dixon to repass as the pair worked their way through lapped traffic.

A caution came out on Lap 196 of 200, when teammate Pigot crashed hard, leading the race to end under caution.

"[It was] simply an amazing day. I just can't put words for it. Big thank you to everyone. Obviously, the Speedway, Roger Penske and the Hulman-George family. To get this race going this year, I know it's a lot of people's commitment. But we really appreciate it. So happy to be part of this organization. First of all, I mean, what an amazing team, Rahal Letterman Lanigan Racing is. I know it's everything a team and a driver can dream of winning the 500. Achieving one [first] and three [third] in this fashion is simply amazing. Thanks Bobby, Mike Lanigan and of course David Letterman," said Sato.

In his 13th Indy 500, Rahal matched his best finish of third place in 2011, and was a factor in the final laps. He has six IndyCar Series wins and three poles. He is currently fourth in series standings with 214 points, only 37 out of second place.

This was the second Indy 500 win for the team and first since 2004 when Buddy Rice won from pole. Both wins came from front row starts. In 2012 with RLL, Sato was alongside eventual winner Dario Franchitti in Turn 1 on the final lap but his race ended due to contact after he was squeezed down on the apron and lost control of his race car. He was able to deliver that win this year.

RLL co-owner, Mike Lanigan, also is president of Mi-Jack Products, a sponsor of RLL and an affiliated company of Howell Tractor and Equipment. Howell Tractor & Equipment opened in 1943 and serves the Illinois and northwest Indiana area. Howell offers heavy equipment for sale or rent to the construction, mining and material handling industries, and prides itself on around-the-clock, professional service.