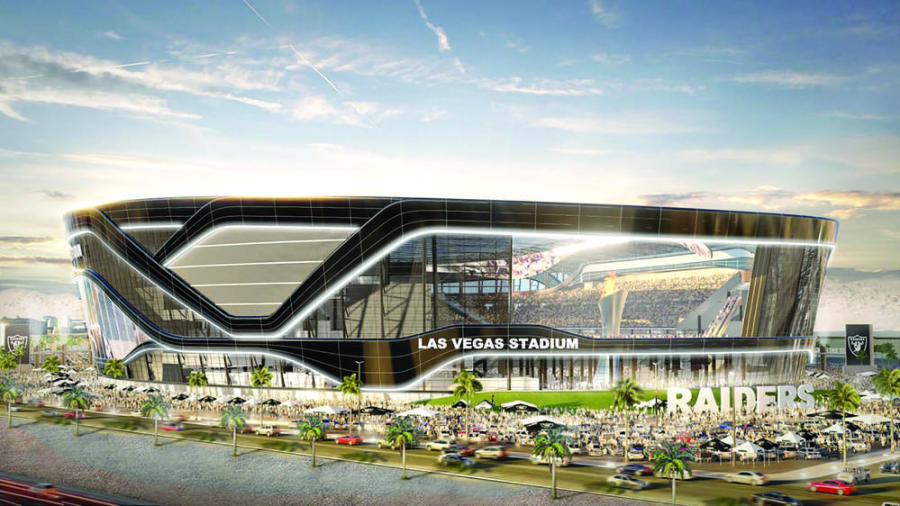 The list of pending issues has not affected the stakeholders' confidence in getting things done before the Oct. 17 deadline. (Manica Architecture photo)

LAS VEGAS (AP) The Oakland Raiders and the public entity that oversees the team's proposed stadium in Las Vegas sought to forge ahead on a long list of crucial pending issues that need to be resolved by an October deadline.

The Las Vegas Stadium Authority Board discussed three more key agreements that it must approve, but it took no action at a meeting. With two months left before a deadline stipulated by state law, officials will have to address and approve several consequential agreements at their meeting next month.

The package of to-be-approved documents includes one that will bind the Raiders to Sin City for 30 years, another to regulate the sale of personal seat licenses and a third that by law is supposed to ensure the greatest possible participation by the local community in the design, construction and operation of the stadium. Also pending is an agreement that would allow the University of Nevada, Las Vegas football team to use the venue.

The list, however, does not seem to have affected the stakeholders' confidence in getting things done before the Oct. 17 deadline.

"It's been a lot of work for a lot of people," Raiders president Marc Badain said after the meeting. "Their attorneys, our attorneys and our staff and the board's staff. Everybody is very responsive. They know we have deadlines, and deadlines trigger action. So, we've been making progress in a lot of things."

The team wants to kick off the 2020 season at a 65,000-seat stadium that would have views of the Las Vegas Strip. Badain told the board the average cost of a Raiders personal seat license will be about $4,000 per seat. Some will be much lower and others much higher.

Contractors are already drilling and doing core sampling work at the site of the stadium, west of the Mandalay Bay casino-resort.

Guests of hotels and other lodging facilities in the Las Vegas area are contributing $750 million to the project. The Raiders and the NFL are expected to contribute $500 million, while the team has also secured a $600 million loan from Bank of America for construction.

Board members had the first chance to jointly receive an overview of the bank's considerations in financing the project. Elliott McCabe, a sports finance executive with Bank of America, explained the financial institution and considered a wide range of factors, including the city's growth and demographics and the team's experienced management.

"From a financing point of view, it is very comparable to other financings we've done in terms of size, scope and scale," McCabe said. "That provides us with the comfort ... of funding this project."