Raising a Bridge That's Set Too Low for Traffic 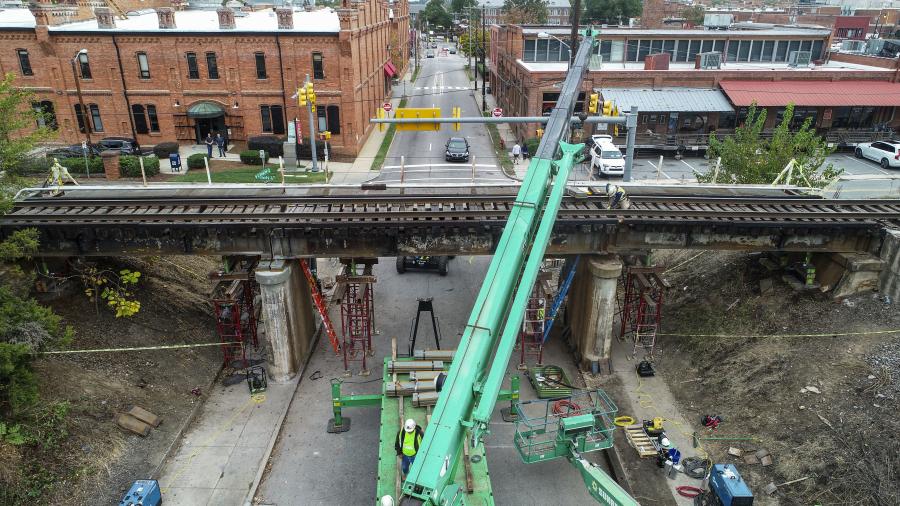 Its proper name is the North Carolina Railroad Overpass (NCRR) or the Gregson Street Bridge, but locals in Durham just called it the "can opener," a moniker that grew from its impact on trucks and RVs too tall to fit beneath the 11-ft., 8-inch structure. It also was known as the 11-foot-8 bridge and even inspired a website — 11foot8.com — with videos of the frequent collisions.

"Typically bridges are 14 ft., 6 in.," said NCRR engineer Donald Arant. "Clearance was restricted. As a result, trucks were subject to being opened up."

The NCRR even installed a "sacrificial" crash beam in front of the bridge so it would take the damage instead of the bridge. They also installed signs that flashed warnings when a too-tall vehicle approached the bridge. But the crashes, generally involving box style trucks, kept coming. 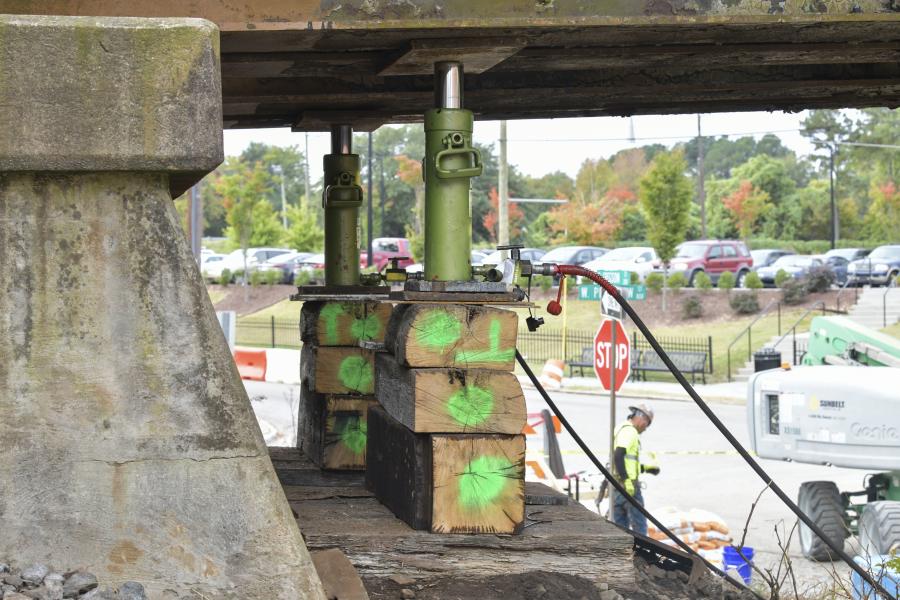 Then, Ohio-based bridge specialist W.M. Brode Company raised the bridge 8 in., a project that should at least make the crashes less frequent, if not completely solve the problem. Prep work took about two weeks, but the actual raising was completed in just eight hours.

So how do you raise a bridge that's already in place? Carefully.

"We found with the Gregson Street Bridge that it really depends on the type of bridge and what it is made of," Arant explained. "This bridge is three spans made of steel. It's an open deck bridge with railroad tracks actually bolted to the top of the steel girders and roadway traffic moves under the bridge. It weighs 69 tons and is 94 ft. long."

According to Arant, the contractor first went in and built a series of scaffolding in six locations underneath the bridge, two for each of the spans. They set the spans on large hydraulic jacks so the jacks would work with each other, actually raising the bridge all at the same time. They raised it 10 in. to start with, and once they elevated the bridge and it was sitting on these hydraulic jacks, they were able to remove the original bearing plates that the bridge beams sit on and replace them with thicker bearing plates that were taller. They then anchored the new bearing plates in place and then lowered it two inches. And just like that, the 11-foot-8 bridge became 12 ft., 4 in.

The biggest concern in undertaking the project was whether the railroad tracks would stay together. When crews had the spans lifted, the tracks also were lifted out of the ballast. They also had to make sure that the jack system would hold the 90-plus-year-old bridge while the bearings were being replaced. 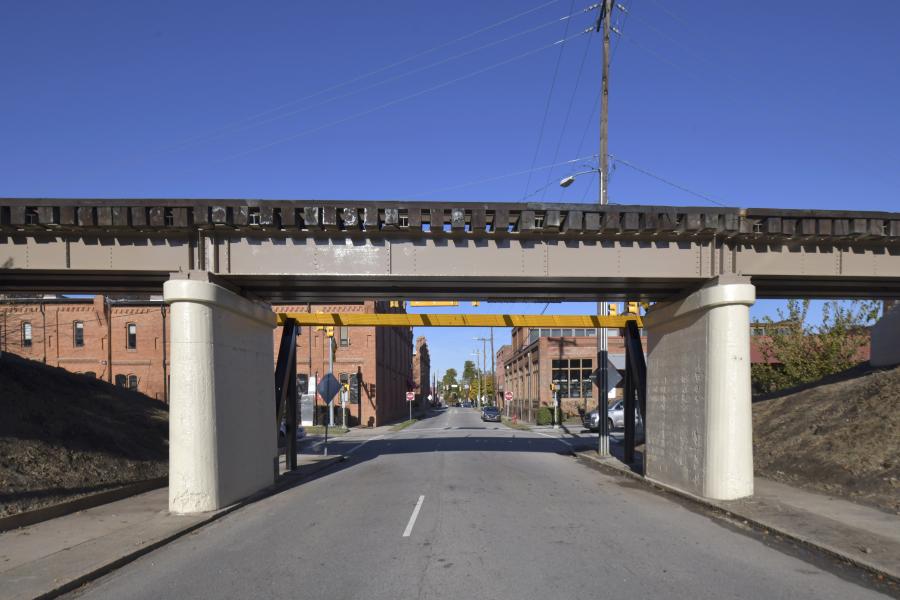 "The bearings that were there had been there for probably half the life of the bridge," Arant said. "Holding the bridge up in the air, 2 in. off the bearings, was a challenge. Once the new bearings were replaced, they could let it down. If one of the jacks had failed, the bridge could twist or suffer some kind of structural compromise. The contractor would be at risk. Also, the bridge would need to be open to traffic after eight to 10 hours so passenger trains could cross the bridge as soon as it reopened. That was the deadline we had to meet."

And they did, so problem solved, right? Not exactly. While the bridge is now 8 in. higher — as high as was possible to raise it — it's still lower than the typical overpass and still with the potential to act as the "can opener."

"We had one that actually scraped the crash beam as the truck passed underneath," Arant said. "Box trucks and RVs with air conditioners on top typically hit the beam. That was the majority. Raising it 8 in., that took most of these trucks out of contention. But it's perplexing to watch the video and see trucks actually hit the crash beam. There are warning signs there, lights that are triggered. You wonder why people don't pay attention." CEG