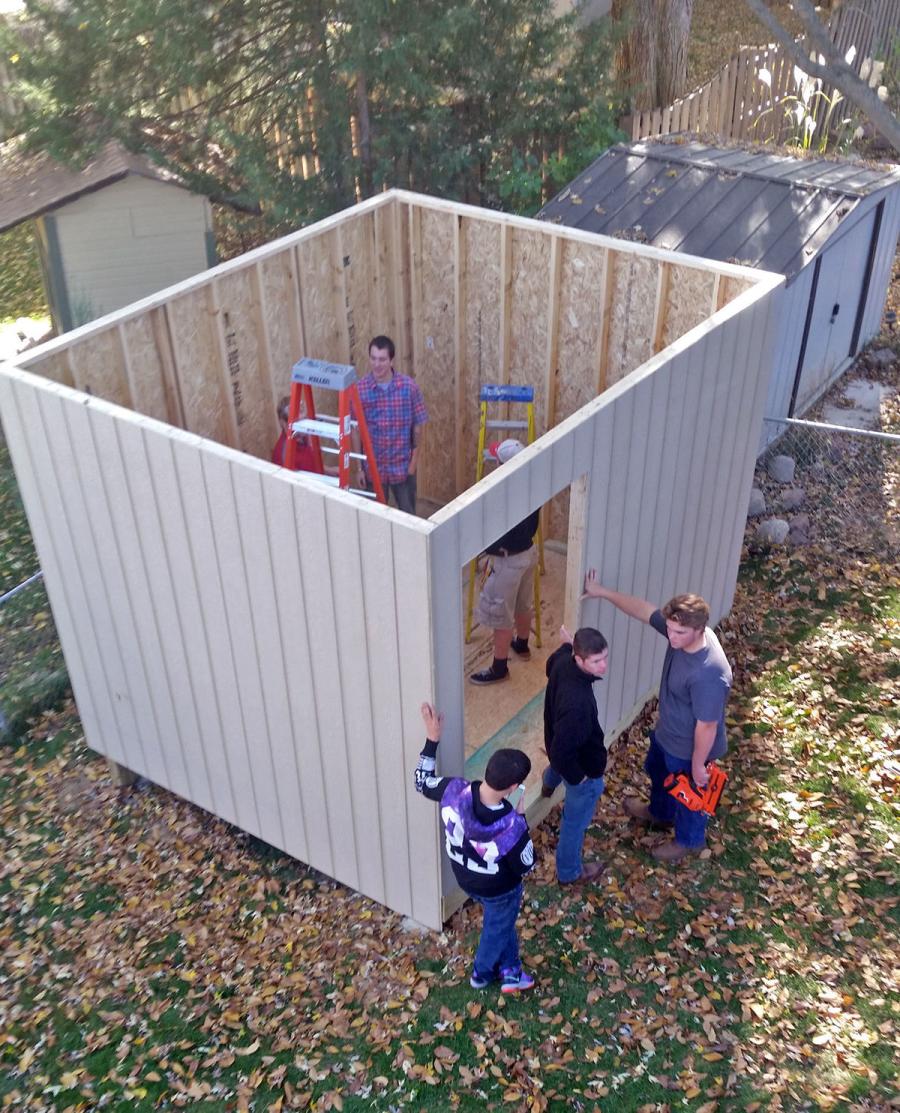 Students in the Ralston High School advanced woods and construction class put up the walls of the shed they built and gave to football coach Jason Fink on Nov. 3. The students built the shed in class in just under two months.

A class at Ralston High School is putting its skills to good use this semester.

The Advanced Woods and Construction class at Ralston has been working on building sheds for those in the community.

Advanced Woods and Construction teacher Brandon Thoene said the class has partnered with Builders of the Future, a program that educates students on the construction trade.

The program, along with the Metro Omaha Builders Association, donates money to high school wood working classes so they can buy supplies to construct something.

The students decided to construct a shed.

“We build it and sell it to someone,” Thoene said. “The shed we built is going to the football coach, Jason Fink. I went and talked to him and he said 'I'll take it.' We are trying to do several.”

The class has been working on the sheds for nearly two months.

“We've kind of developed a system,” junior Nicholas Wilke said. “We have certain people who do certain jobs.”

Students constructed the walls and the roof of the sheds in their classroom. They transported the larger pieces to the yard it was being placed to put it all together.

“We built the frames and side for them and they got transported. Then we'll do the roof here and take it to the house. By the time we get to the house, it's just assembling on site,” Thoene said.

After hearing about the project, Wilke's aunt asked the class to assemble a shed for her yard, too. She is paying for the materials and they will assemble and deliver it to her.

“They said to family or friends if anyone else would be interested so we'll put it up in my aunt's yard,” he said.

Thoene said he is glad to hear that word of mouth about the sheds is catching on and hopes his class will be able to assemble more.

“Having that second one made them think for themselves because they had already done one,” he said.

The students all enjoy the work.

“For me, it's been the framing because I see that as a possible career path,” junior Parker Clape said. “I like seeing what that would be like.”

Thoene was happy with how well his students did the work.

“They like the physical, hands-on aspect. They just flew through it,” he said.