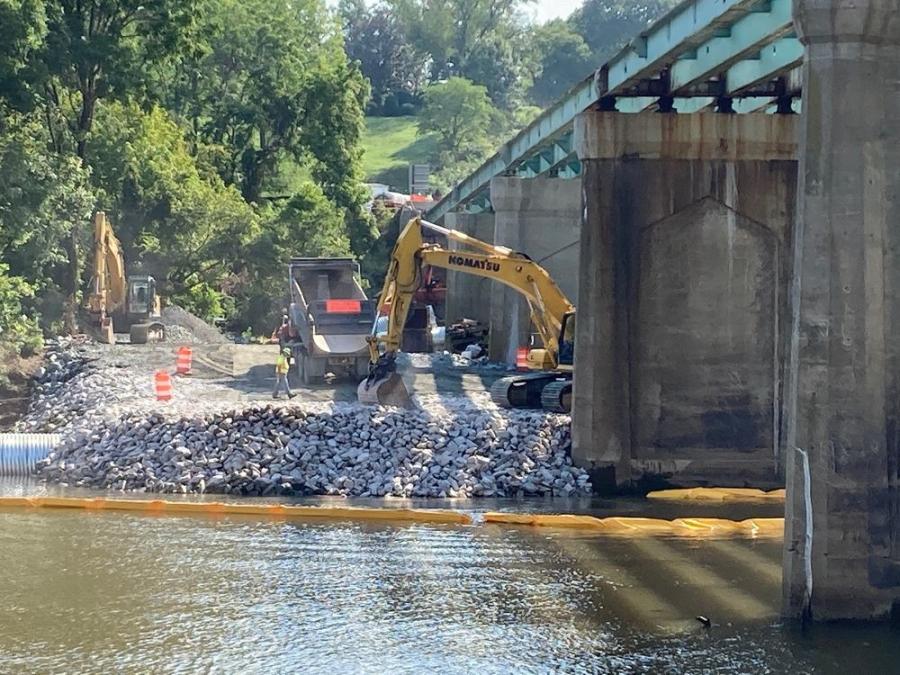 The $17.9 million project began in May after The Commonwealth Transportation Board (CTB) awarded the contract to Joseph B. Fay Co. (an i+iconUSA Company), of Pittsburgh, Pa.

Under the direction of the Virginia Department of Transportation, (VDOT), a major improvement project has begun on the Route 3 Business bridge over the Rappahannock River, also known as Chatham Bridge.

This main connection between Stafford County and the city of Fredericksburg in Virginia carries approximately 16,000 vehicles a day. 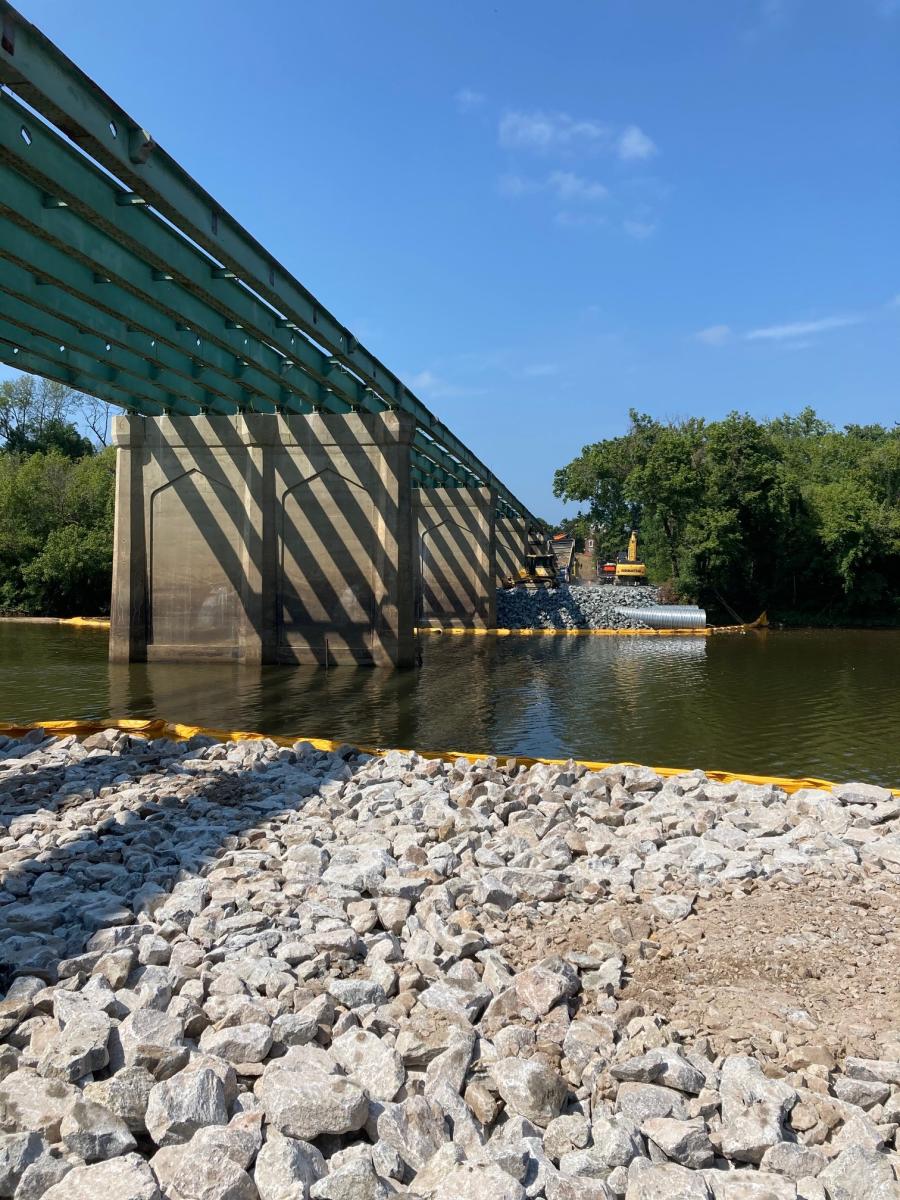 The $17.9 million project began in May after The Commonwealth Transportation Board (CTB) awarded the contract to Joseph B. Fay Co. (an i+iconUSA Company), of Pittsburgh, Pa. The award was made at the CTB's April 21, 2020, meeting.

The Chatham Bridge is a 75-ft. long structure that will be widened to provide four 10-ft. wide travel lanes and a barrier-separated 10-ft. wide shared use path on the downstream side.

The project will replace the bridge deck and travel surface and will make repairs to the bridge approaches and supporting elements in the substructure, which will allow the removal of the current 15-ton vehicle weight limit posting on the bridge.

VDOT reported that the most recent inspection classified the bridge superstructure and substructure condition as "poor" on the National Bridge Inspection Standards scale, which qualifies the bridge as structurally deficient. Deterioration in the bridge deck was accelerated further by record-setting rainfall in 2018. Potholes frequently open in the travel surface requiring emergency repair.

VDOT reported that it accelerated an improvement project for Chatham Bridge by nine months to start the project as soon as possible because of all these considerations.

The project's total estimated cost is $23.4 million. It is being funded using state transportation funds, specifically from the State of Good Repair program, which targets money to improving bridges in Virginia that are structurally deficient and are in need of either replacement or substantial rehabilitation.

VDOT said that, due to the location of the Chatham Bridge over the Rappahannock River, a rapid bridge replacement or rehabilitation was not a recommended approach. The project budget, using limited state maintenance funds, also could not accommodate a rapid construction effort of this nature.

According to Katie Spear, vice president of marketing of Infrastructure and Industrial Constructors USA, which is branded as i+iconUSA, the project will replace the superstructure, the part of the bridge that carries the road. Additionally, structural repairs will be made to the substructure piers and abutments, the part of the bridge that supports the superstructure.

Architectural parapet railing will be cast on the exterior edges of the bridge to closely match the aesthetics of the original bridge constructed in 1941 and will keep the distinctive open view of the Rappahannock River.

To further enhance the aesthetics and functionality to the community, the bridge path will connect with existing sidewalks in downtown Fredericksburg and Stafford County's Belmont-Ferry Farm Trail and new light posts will be installed. A scenic overlook will provide a refuge for pedestrians to stop at the bridge midpoint.

The intersections at both the eastern and western approaches to the bridge will be reconfigured to facilitate a more efficient traffic flow than was originally in use. These modifications to the Chatham Bridge will allow for the removal of the current 15-ton vehicle weight limit posting on the bridge.

Spear reported that the contractors have two major challenges to complete this work.

"First is the aggressive schedule to open the bridge by November 2021," she said. "This challenge is being mitigated through open communication and partnering with the project owner [VDOT] and coordination with multiple subcontractors to complete work on time."

She noted that the second challenge involves environmental restrictions.

"Causeway and cofferdam installation work in the Rappahannock River is restricted during certain months due to presence of sensitive wildlife and native habitats," she said. "To protect the wildlife and still meet the schedule requires aggressive planning and coordination to complete work outside of these restricted."

Dan Bruener, project manager of Fay, an i+iconUSA Company, said, "Creative solutions for alternate construction methods, which do not impact the wildlife and habitats are constantly evaluated and implemented as needed." 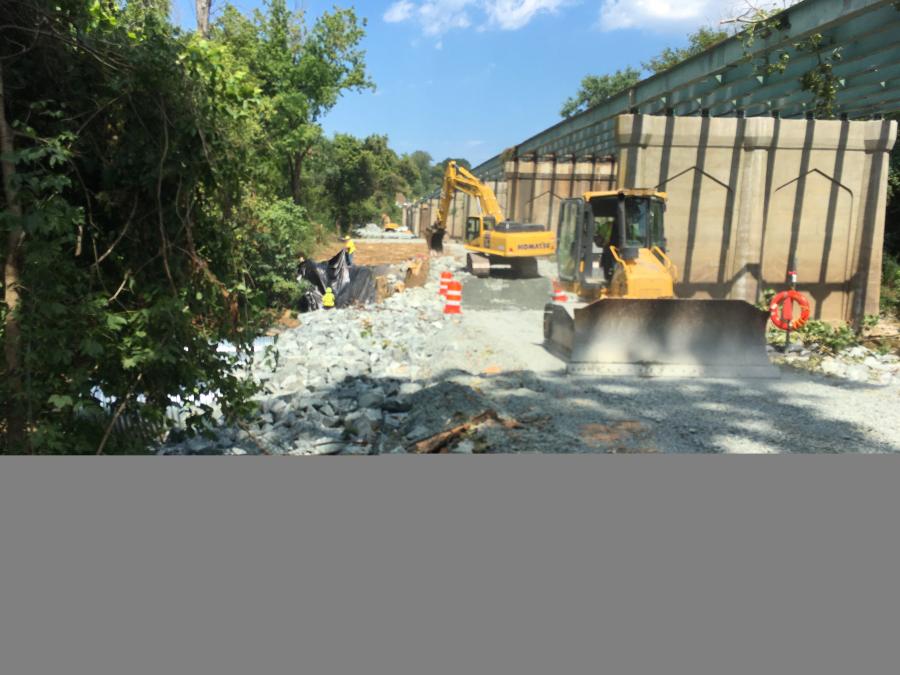 The bridge was closed to traffic on June 22. Recreational boat traffic can continue to cross under the bridge during the construction project.

Subcontractors working on the project include Interlock Steelworkers for beam erection (starting late this year); SAP Contracting for concrete repairs; and Keller North America for micropiles.

The first bridge on record was built in 1796. The 1820 flood necessitated the construction of a new bridge in 1823, but that bridge reportedly only stood approximately three years until 1826 when a flood carried away the entire structure.

The bridge was rebuilt in 1832 and was eventually burned down by Confederates in April 1862, leaving nothing but the abutments.

In July 1866, the bridge was rebuilt, but was then destroyed by a great flood in 1889. A steel truss bridge was constructed in 1891 and William Street was raised 15 ft. to accommodate the structure. However, this bridge was wiped out by the flood of 1937 and was eventually replaced in 1941 with the current bridge. CEG