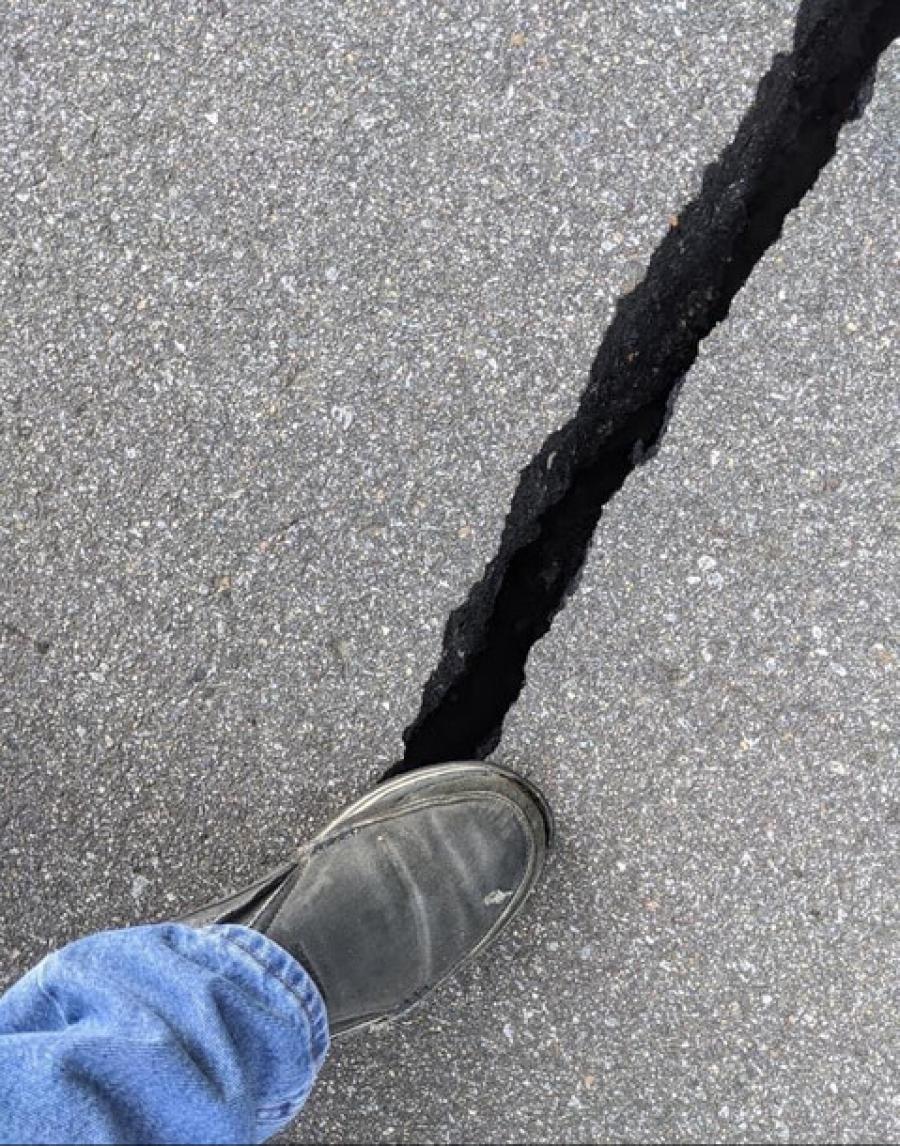 The mayor of Sparta, N.C., issued a state of emergency Aug. 9, hours after a rare magnitude 5.1 earthquake, with its epicenter just outside his town, was felt across North Carolina and neighboring states, and from Georgia to Ohio.

Sparta is a small town in the Blue Ridge Mountains near the Virginia border.

The earthquake was centered 54 mi. northwest of Winston-Salem and happened at 8:07 a.m., according to an official United States Geological Service (USGS) report.

Many who felt the tremor said it lasted 10 to 15 seconds. The quake is the strongest earthquake to happen in North Carolina since 1916. It came just a few hours after a smaller tremor in the middle of the night and was followed by several smaller aftershocks Aug. 9 and 10.

Mayor Wes Brinegar said no injuries have been reported, although there is widespread minor damage to homes, businesses and streets. Cracks appeared in several roads around towns, including one about 16 in. deep. Another Sparta street buckled when a water pipe burst underneath it.

By the afternoon of Aug. 9, North Carolina Department of Transportation (NCDOT) crews used equipment to patch up some damaged roads in Alleghany County.

The earthquake also struck just as Sparta's Downtown Streetscape and Waterline Project was progressing to upgrade the scenic town of just over 1,700 people.

As of Aug. 10 afternoon, no damage to the project was reported.

The streetscape project has been under way for a year.

Brinegar said if the old waterline had not recently been replaced, the quake would have been much more destructive to his small community.

Sparta felt up to 11 shakes by the morning of Aug. 10, with four of them registering over 2.6 magnitude. There also were six to seven minor shakes throughout Allegheny County in the afternoon.

The mayor said the town is "not out of the woods yet."

On the USGS website, geologists warned people living and working near the epicenter to "be ready for more earthquakes" since aftershocks will continue near the mainshock, "especially when in or around vulnerable structures such as unreinforced masonry buildings."