The photo collection includes 85 ferrotyped silver prints that capture construction activities on the bridge from 1933- 1936. 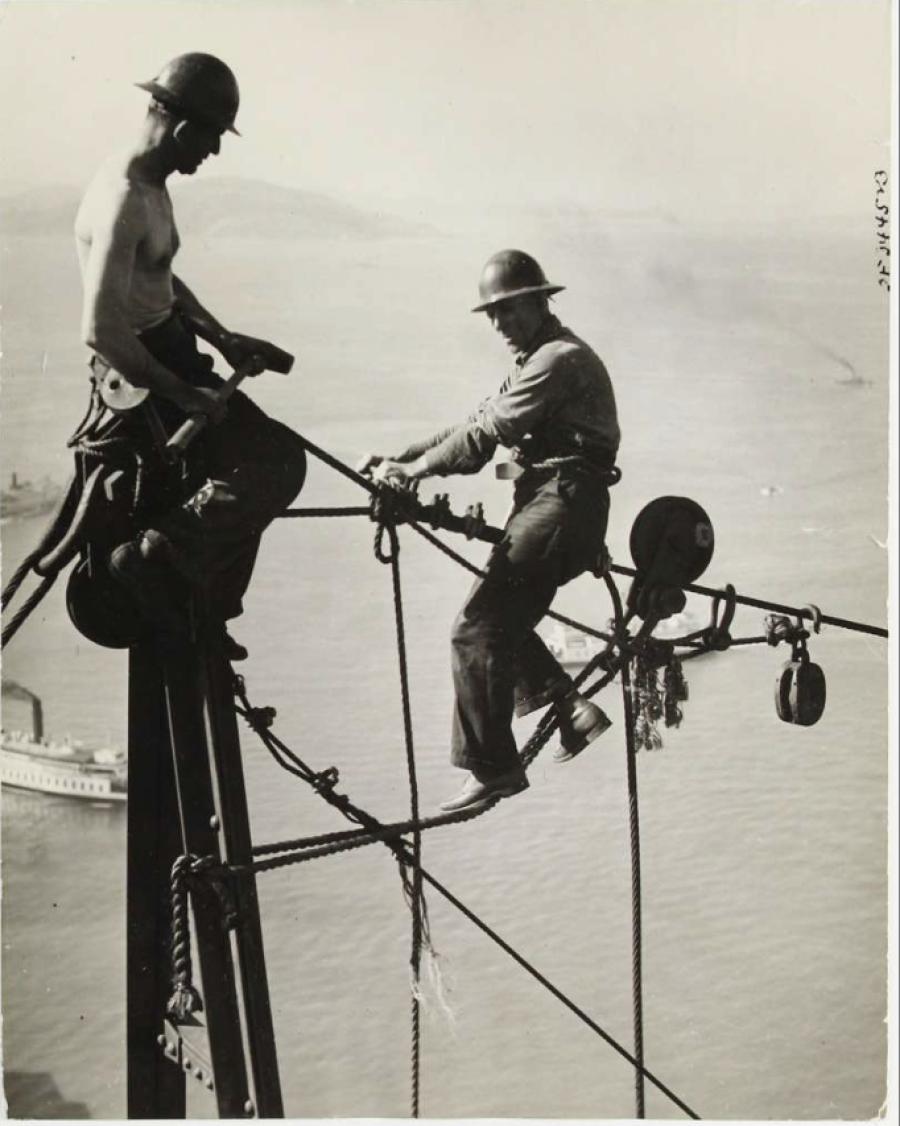 The collection of photos capture the construction process of the Bay Bridge. Photos via Swann Auction Galleries

The lot of 85 photos show the Bay Bridge under construction in the 1930s and is being sold at auction by Swann Auction Galleries on April 20. The ferrotyped silver prints were mostly taken in 1935 and capture the bridge's many workers, some perched precariously high above the bay. Some of the images have handwritten notations and labels.

Construction on the Bay Bridge began in 1933 and was completed in 1936 at the cost of $77 million. Despite its quick timeline, building the bridge was no simple task. For decades, it had been thought impossible to span the distance between San Francisco and the East Bay where the waters were wide and deep. New engineering techniques were created for the Bay Bridge, including building a center anchorage between Yerba Buena Island and the shore.

When the Bay Bridge opened, the toll cost 65 cents, although the then-steep cost was quickly lowered to 25 cents in order to pay off the bonds used to finance the bridge construction.