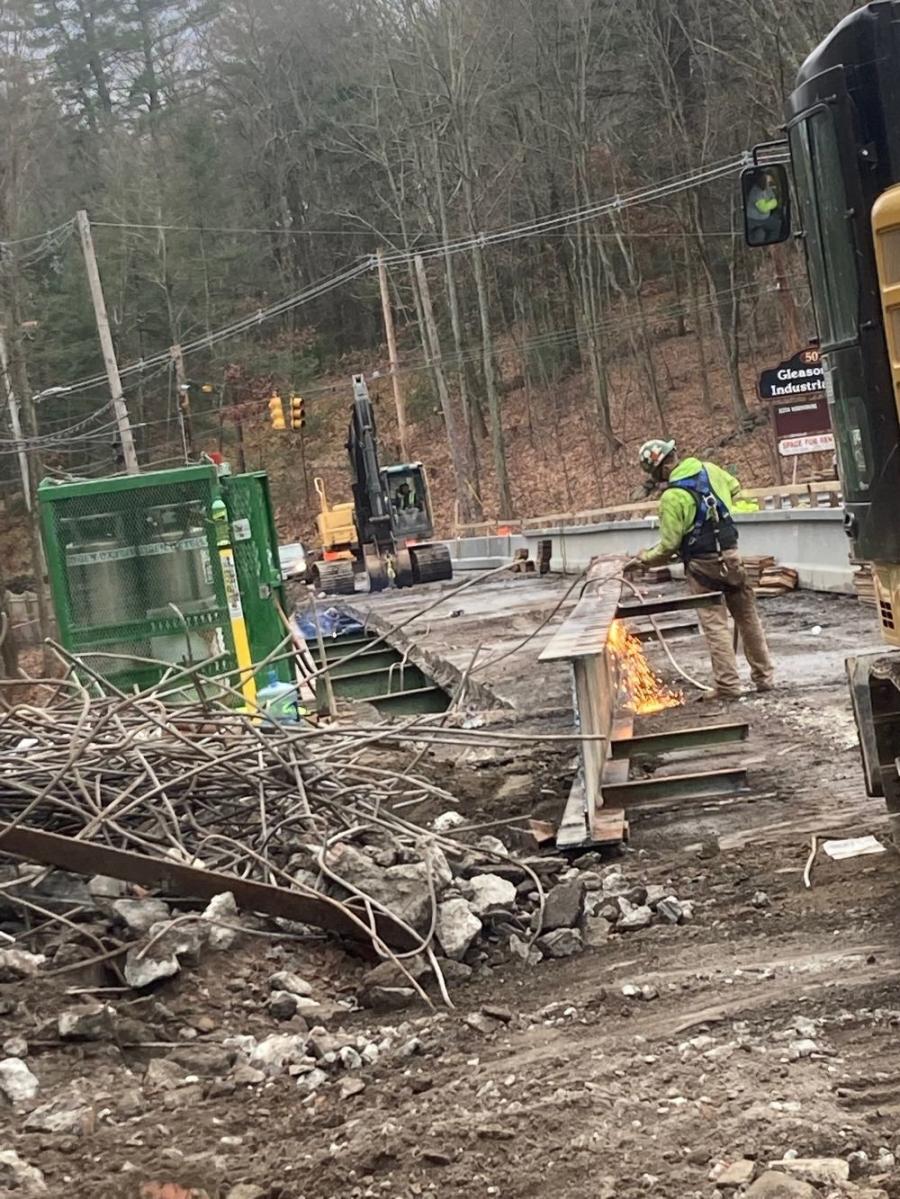 Bridge deck and steel removal will take two to three weeks and then work under the bridge will begin with excavation of the northern and southern abutments.

The reconstruction of the Gleasondale Road Bridge in Stow, Mass., is under way, with preliminary work completed and removal of the existing deck and beams to follow. The Kodiak Corp. of Lawrence, Mass., is the contractor.

The project dates back to a 2015 safety inspection that found the deck, beams and northern abutment of the bridge to be beyond repair and in need of superstructure replacement.

The bridge was partially closed and is limited to carrying one lane of alternating traffic.

With utility relocations complete, demolition of the eastern side of the bridge is under way. Kodiak will remove beams from the temporary barrier, allowing traffic to be maintained. 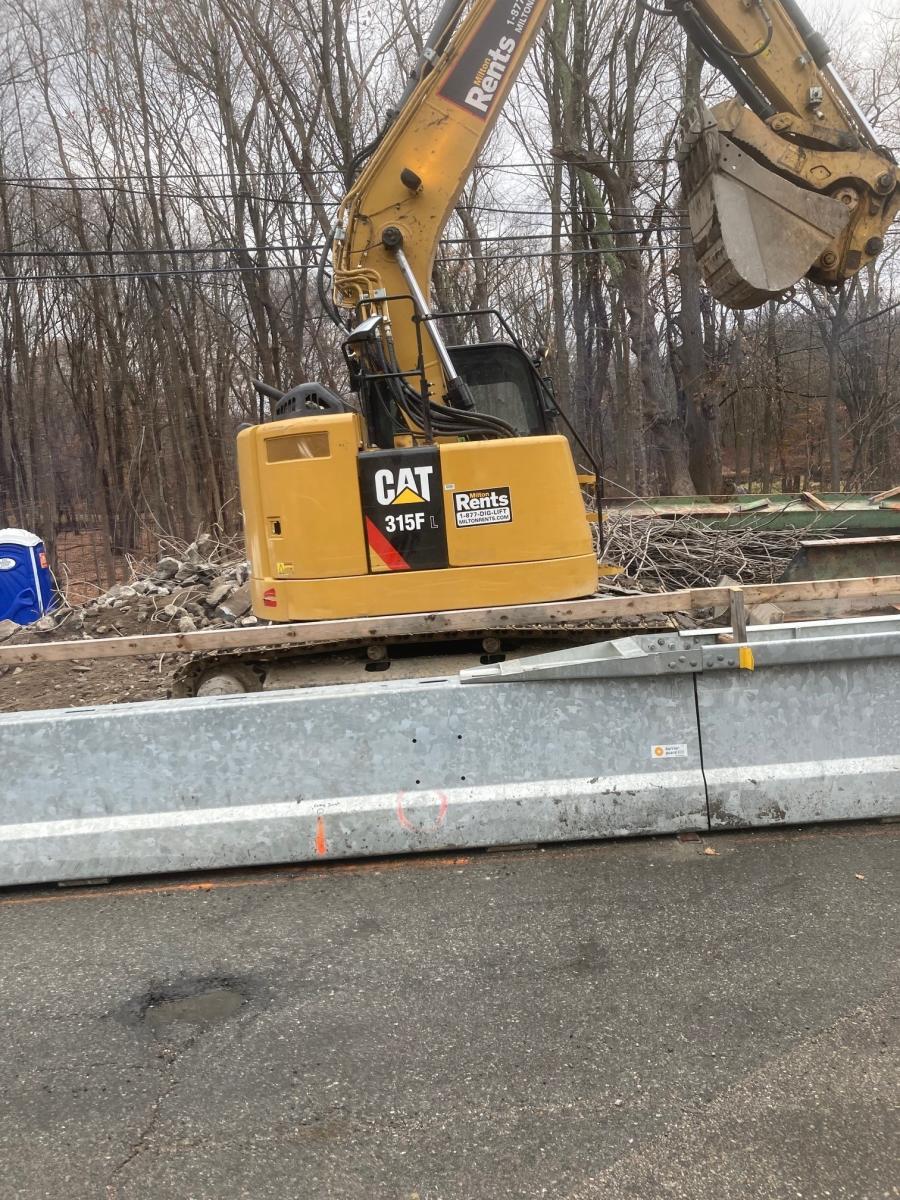 Bridge deck and steel removal will take two to three weeks and then work under the bridge will begin with excavation of the northern and southern abutments. Then, Kodiak will build formwork and pour concrete for the new abutments. Starting in spring 2022, the steel beams will be replaced on the bridge's eastern side.

While the demolition and replacement of the east side of the Gleasondale Road bridge takes place, the west side remains open to traffic and pedestrians. When the demolition and replacement of the west side takes place in the summer and fall of 2022, traffic and pedestrians will be rerouted to the newly built east side of the bridge.

The new bridge will have two 10-ft. travel lanes, two 5-ft. bicycle lanes, two 6-ft. sidewalks and new crash-tested railings at the back of the sidewalk, according to Jeff Dietrich, a planner of Howard Stein Hudson, Worcester, Mass., the engineering firm on the bridge reconstruction project.

Dietrich and Michael Splain, assistant bridge engineer of the Massachusetts Department of Environmental Protection, spoke about the project at a Zoom meeting on Sept. 1. They said the project acknowledges the environmental significance of the Assabet River, over which the bridge is suspended.

"We'll be staging equipment to make sure no materials are dropped into the river," Dietrich said.

The design also maintains the current footprint and does not interfere with surrounding property or homes.

"We've been made aware of all the septic tanks and wells in the area to ensure we're not impacting those in any way," Dietrich said.

The Gleasondale Road Bridge carries Route 62 over the Assabet River and is an important commuter and trucking route between Stow and Hudson and an important corridor for emergency response among several towns.

The construction equipment Kodiak is using on the project includes a Caterpillar 315F L excavator, a Volvo EC210C excavator and a Cat 226D skid steer.

Traffic will be maintained over the bridge with no overnight work or closures during the demolition.

The contract budget is $4.3 million, primarily funded by federal dollars, according to Kristen Pennucci, a MassDOT spokesperson. The job is scheduled to be completed in November 2022. CEG