Tom Hack, engineer of the City of Rochester, is in awe.

“It’s absolutely unbelievable what they built. Every time I go down there, it blows me away.”

“Down there” for Hack and others is what was once called the Rochester Subway. It’s either a giant hole waiting to be filled with dirt or an impressive asset in a city that needs to revitalize its downtown.

“You’ve got to remember,” Hack said, “it’s also the original Erie Canal bed. When you are underground what you see is this vast cavern. What jumps out at you is how voluminous it is. It’s over 4,000 feet long and about 100 feet wide and 20 feet deep. It’s like a skyscraper lying on its side.”

“In the 1920s, this was an unbelievable undertaking because they didn’t have the heavy equipment we have today,” Hack said. “It was done with raw labor; you see old photographs of men lining up for work. The equipment used was old steam cranes. When you realize the amount of timber and shoring, the brute labor, it’s just amazing. I’m in awe every time I go down there, but I’m also saddened by it.

“What a thriving area this must have been. That’s why they built the Rochester Subway,” he added.

Planning for the subway began in the early 1920s when automobiles were still a novelty. The Rochester Subway, with 24 stops, opened in 1927 and became defunct in 1956. Besides reaching many city factories, the subway provided interconnection for five railroads and many city buses, as well as aiding freight being shipped on the Erie Canal.

It was the gas and tire rationing and transit shortages caused by World War II that actually brought the subway its glory days of cost justification. Passenger service in 1946 and 1947 peaked at 5.1 million riders, but at 1:35 a.m. July 1, 1956, the Rochester Subway reached the end of the line.

Today the subway is but a rusted glimmer of its bright beginning, although a short section continued to carry newsprint to the Rochester Gannett Newspapers until 1996. Most of the remaining open cut route for the original subway’s right of way became part of the city’s Inner Loop highway, as cars replaced public transport.

Although vacant for more than 50 years, ironically the Rochester Subway still means something to Rochesterians.

The term “subway” did not refer to the tunnel as it does today, but to the fact that the route was grade-separated and operated as rapid transit. Of the 8.5 mi. of track, only 1.5 mi. ran underground. Today it would probably be called light rail, but it is the remaining tunnel portion of the subway that is subject to intense debate.

Perhaps unaware of its iconic status, in 2004 Rochester city officials indicated their intention to fill the entire remaining subway tunnel up with dirt largely because the old relic costs an estimated $1.2 million in repairs and shoring up every year. The howl of protest from the public — who never actually rode the subway — about filling the underground antique excavation was immeasurable.

Peter Holohan, commissioner of environmental services for the City of Rochester, oversees a department of 650 people dedicated to the city’s need for refuse pickup, water, street maintenance, sidewalks, engineering and architectural services, vehicle maintenance, parks and streets. Thus, the future of the Rochester Subway also is his responsibility.

Is it an asset or a liability?

“I honestly don’t know,” Holohan said. “It’s such an important decision. I want to see after the evaluation which option has the most potential for revitalizing downtown.”

Currently going out for an RFQ with consultants, Rochester’s new plan for the old subway will be unveiled in 2008.

To some, the tunnel with 1.7 mi. of rusted track and graffiti is a monument to decay. On the other side, preservationists point to the subway’s potential to bring people back to downtown. The city of just more than 219,000 people has long felt the exodus to the suburbs, which left Main Street with what one city official called “An empty smile.”

Rochester was a boomtown in the early 1920s, and like all great cities, its officials wanted to facilitate that growth with a public transportation system. Unlike the discourse surrounding it today, in the beginning, all levels of government were eager to create a subway in the abandoned bed of the Erie Canal, which was moved from its hub-of-the-inner-city location in 1818.

To accommodate the subway in the old canal bed they blasted Penfield dolostone rock down approximately 5 ft. and blasted it sideways 5 ft. to accommodate the subway cars. Hack described its construction as a composite of concrete flat slab and steel beams with concrete decks. He said there are 198 spans and 1,280 steel beams, some rusted track, and crumbling platforms left.

One section of the subway, north of Main Street and farther from downtown, is in worse shape. Some argue that these 1,500 ft. of subway need to be filled. To do so, they would first shore up columns and repair any buckling beams and weak supports. Then they would bulldoze in tons of dirt, working in sections. After that, workers would drill holes through Broad Street, which runs over the subway bed, and pump in enough additional dirt to completely pack the 20-ft. high tunnel.

The remaining 2,500 ft. of subway that runs between the Genesee River and Main Street has the most potential for alternate use, offering hosts of alternative solutions proposed by the community including underground retail, art galleries and a museum.

Ironically, one idea for a possible new use is to re-water that portion that was once the Erie Canal — an icon — while taking advantage of federal and state funds available to water-related development in New York State.

Others want to re-introduce light rail transit, but the city still has a shrinking population and pressing financial needs. Any light rail system would be administered by the Greater Rochester Transit Authority, a group that has its hands full trying to get people to ride the bus.

It was the cost of upkeep on the old subway bed that forced the issue on what to do with the derelict structure, which hasn’t seen a paying passenger in half a century.

“On a lifecycle basis, the easiest, cheapest thing to do, no surprise, is to fill it. Out of sight. Out of mind. Money spent. All done. Around 2004 we threw that idea out to the public, and they hated it,” Hack said.

Part reverence for history, part sentimentality. People reasoned that once the subway was packed with dirt, the train would be out of the station forever.

“Ironically,” said Hack, “We had to step back a bit, and in the meantime development started occurring in that part of the city with Paetec Park, the Susan B. Anthony District, and the Cascade District booming on West Main Street.”

One terminus for the Rochester Subway was the aqueduct, which originally carried boats safely across the Genesee River. Built in 1822 and enlarged in 1842, the aqueduct is “all set up for what it did. It hasn’t changed,” Hack said. Fortuitously the city has obtained funding to rehab the aqueduct, which is structurally below the city’s Rundel Library.

“Suddenly, we have all these things moving down here at once. Maybe the Rochester Subway can help us create development on 20 acres of underutilized area,” he said.

In servicing the city, the Rochester Subway may not have reached the end of its line after all. CEG 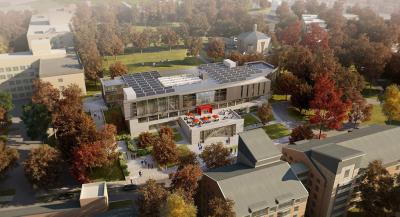 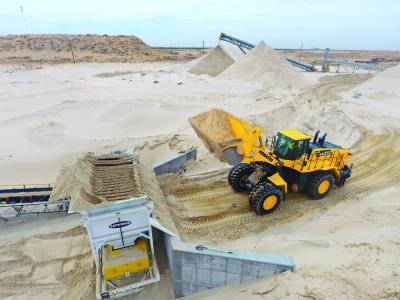 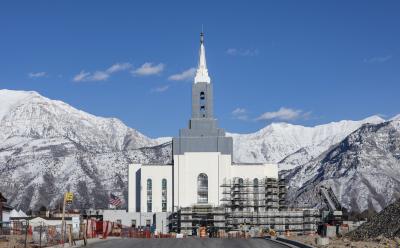