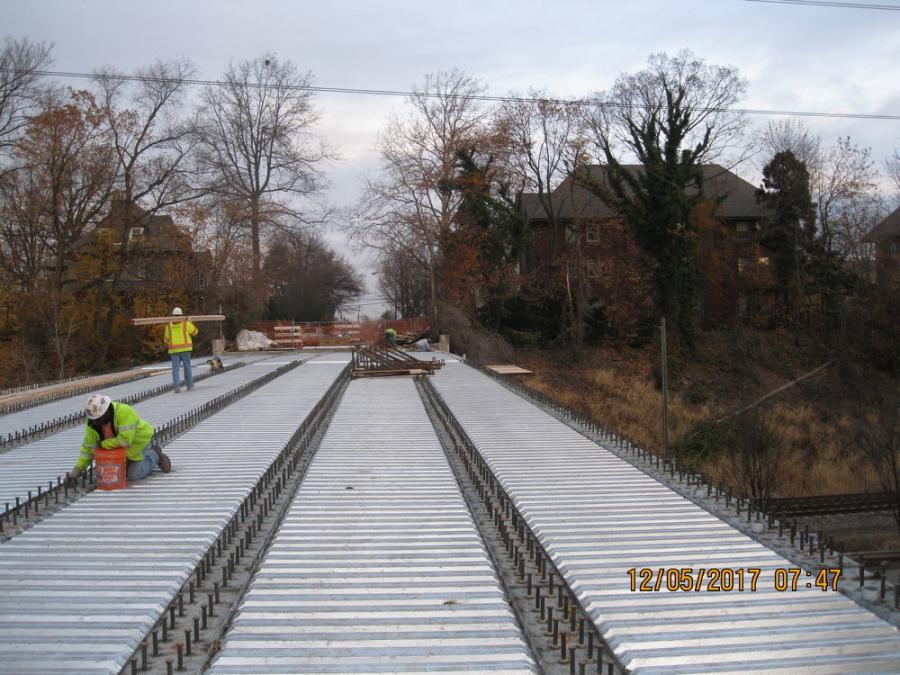 A PennDOT project to rehabilitate eight bridges over Interstate 95 and CSX Railroad in the city of Chester in Delaware County, Pa., is nearing completion.

A PennDOT project to rehabilitate eight bridges over Interstate 95 and CSX Railroad in the city of Chester in Delaware County, Pa., is nearing completion.

The full dollar amount is $30.3 million for construction, with 100 percent coming from the state. The contract was awarded to South State Inc. of Bridgeton, N.J. 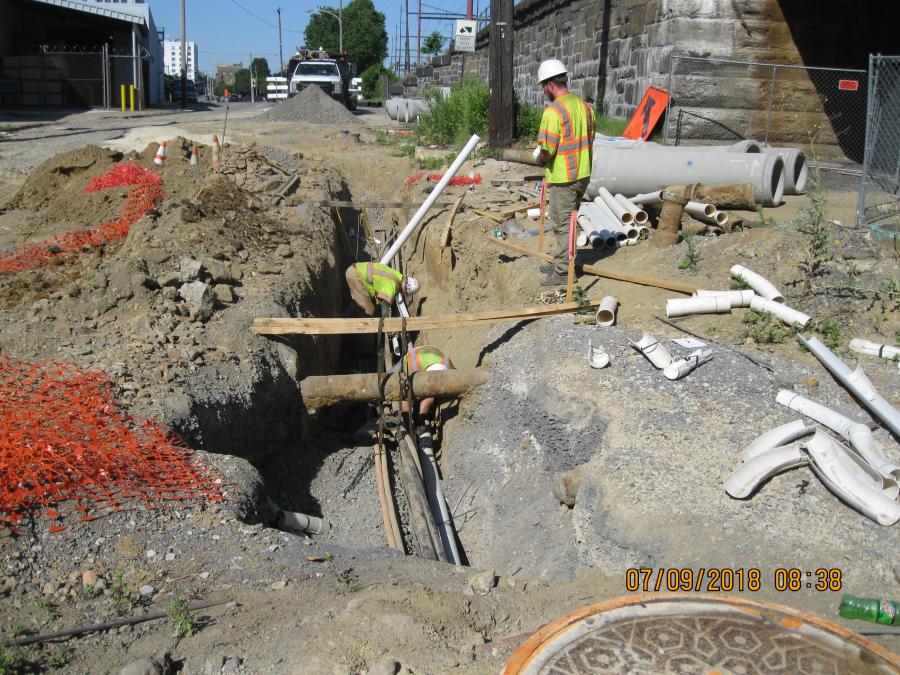 The contract also calls for the improvement of the I-95 south exit ramp at Chestnut Street.

In addition to the bridge and ramp improvements, PennDOT's contractor will repair Chestnut Street and Morton Avenue from 12th Street to 4th Street.

According to Rudolph, PennDOT owns the Edgmont Avenue and Madison Avenue bridges, and the city of Chester owns the remaining six structures.

He reported that the main challenge is "extensive coordination on the project with other transportation agencies and community stakeholders such as Amtrak, CSX, Chester Water Authority, PECO Electric and Gas, Verizon, Widener University and city of Chester." 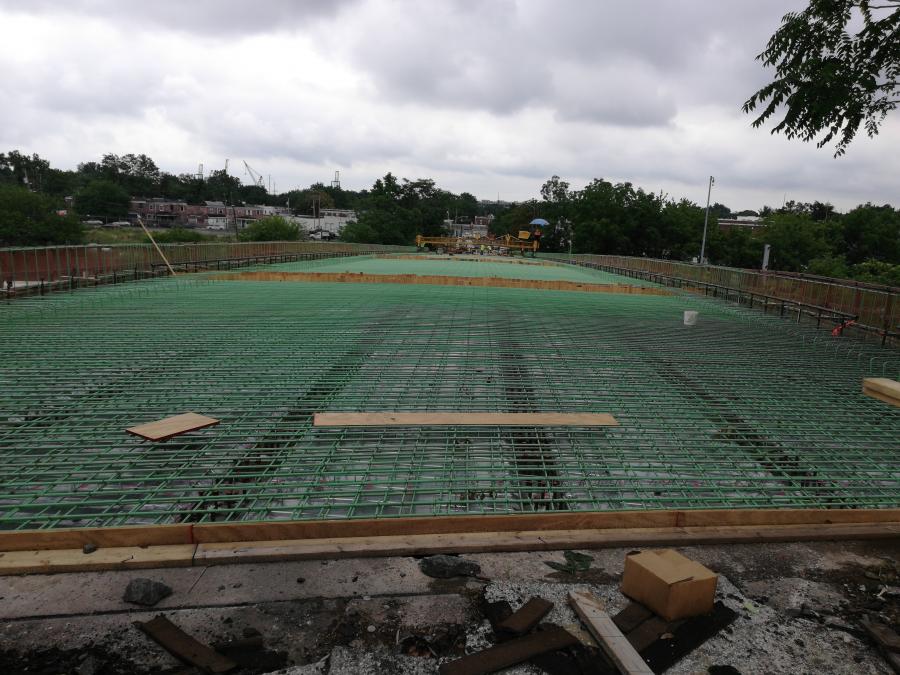 Another challenge noted was that concrete repairs and epoxy crack injection repairs to concrete substructure were performed mostly at night.

Crews also had to deal with parked trains on CSX tracks and the requirement to maintain protection of CSX tracks.

"The clearance posted at the start of the project was 12 feet, 9 inches and the current clearance is posted at 13 feet, 11 inches," he said. "The department directed the use of concrete base course under the Amtrak bridge to ensure long life to the asphalt roadway."

He noted that the Morton Avenue segment of the project called for increased drainage, utility upgrades, signal and safety improvements and installation of over 60 ADA ramps along the Morton Avenue corridor in conjunction with the improvements to eight bridges — two state-owned and six bridges owned by the city of Chester, two of which are pedestrian bridges.

"The contractor had many utility challenges to circumvent while extensively upgrading the storm sewer system," Rudolph said. "This required the contractor to have many crews of different expertise to be working on the project at one time. The project had three I-95 ramps: two on-ramps, one NB, one SB, and one off-ramp SB I-95."

The ramp from I-95 SB was a major access to Widener University for student move-in days in August. 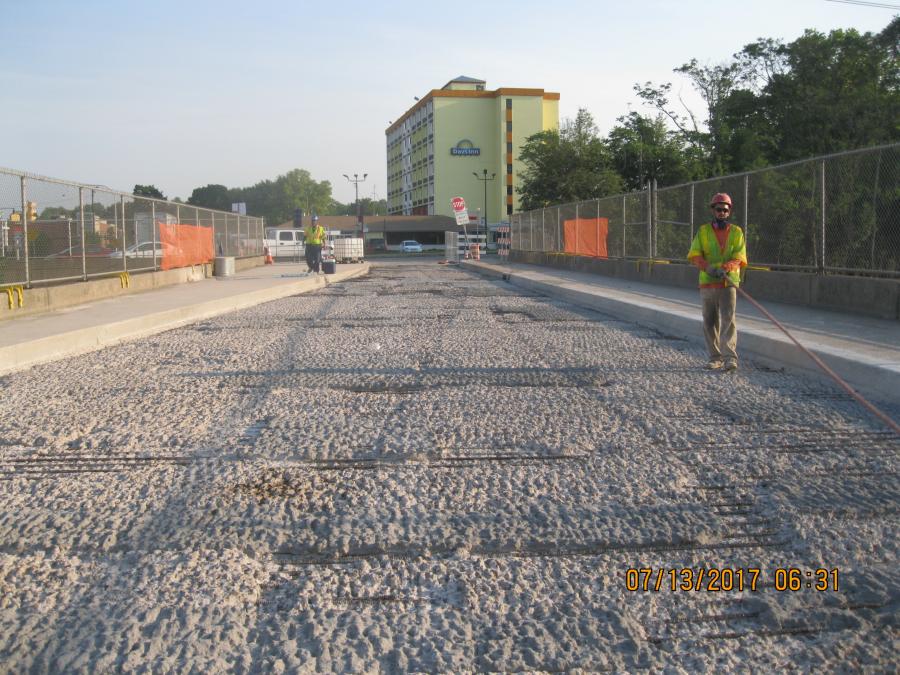 A Safe Span scaffolding system was installed for M Painting crews on as many bridges as possible where clearance was not a concern.

Randolph reported that the project included 77 tons of steel for repairing the beams, the replacement of over 200 bearings at the bridges, latex overlays at Madison, Upland and Chestnut totaling 24,520 sq. ft. and concrete decks replaced at Potter and Melrose totaling 22,850 sq. ft.

M Painting was subcontracted to blast and paint bridge beams, which was approximately 25 percent of the original contract bid. A Safe Span scaffolding system was installed at numerous bridges with ample overhead clearances.

Cornell Steel completed repairs to add service life to bridges originally built in the 1960s. CJ Drilling installed caisson for the new sign structure as the current bridge design no longer utilizes structure mounted signs. Apex Fence installed fence for increased safety to the travelling public on I-95 below. Carr & Duff upgraded the signals at 7th and Morton and signalized the intersection at 10th and Morton and Chestnut.

The equipment list, all owned by South State Inc., includes a GOMACO concrete deck finishing machine, a crane to hang the Exit 7 sign and various excavators, dozers and earthmoving machinery.

A trailer-mounted platform boom truck was used for reaching workers under the bridge. This was required due to access restrictions over CSX tracks. CEG