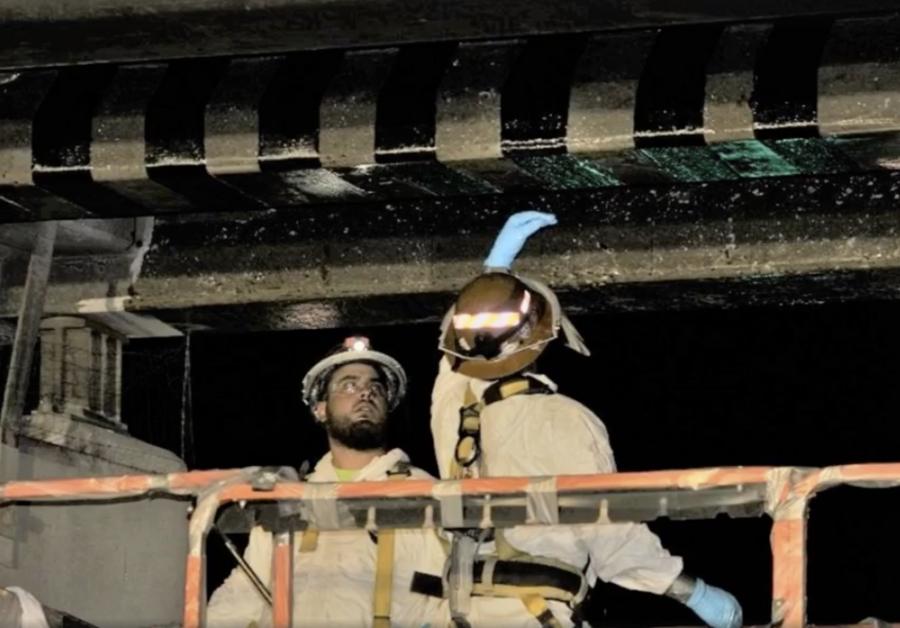 The Arizona Department of Transportation has turned to a space-age technique to repair and strengthen girders on two Interstate 17 bridges in Phoenix. As a result, one of those bridges is no longer listed as structurally deficient.

It's the first time ADOT has used carbon fiber strips that are coated and strengthened with a reinforcing polymer to fix girders on state highway bridges, which in these two cases had been struck by over-height vehicles.

Instead of other repair methods such as injecting epoxy to rebuild sections of the steel-reinforced concrete girders, crews used the strengthening material called Fiber Reinforced Polymer (FRP) to wrap the damaged girders. The repair work on the two I-17 bridges was completed in May.

The improvements were first done to the bridge carrying I-17 over 19th Avenue. That bridge's sufficiency rating has now been upgraded, allowing ADOT to move it off the structurally deficient list.

The second repaired bridge, which carries Jefferson Street over I-17, wasn't structurally deficient.

The term structurally deficient doesn't mean a bridge is unsafe to use. It means certain repair needs, including component replacement, have been identified through an inspection.

“Our ADOT Bridge Group focuses on using new and innovative bridge-repair technologies that enhance safety while saving time and taxpayer dollars,” said William Downes, ADOT senior bridge engineer. “The reinforced fiber strips add strength to the girders and are designed to limit the amount of debris that could fall should a girder be struck again.”

ADOT's comprehensive bridge inspection program shows the overall condition of the agency's state highway bridges is among the best in the country. Less than two percent of ADOT bridges are listed as structurally deficient.

“We think the carbon-fiber repairs are effective, can extend the lifespan of structures and can be done in much less time than other repair methods,” said David Eberhart, ADOT state bridge engineer. “We're likely to use it again if and when repairs are needed.”

FNF Construction Inc. of Tempe and FRP Construction LLC of Tucson, were contractors on the I-17 bridge repairs, using a carbon-fiber process for structural strengthening developed by a Tucson company, QuakeWrap Inc.

ADOT invests more than $40 million each year in bridge preservation as part of a program to safeguard the state's $20 billion investment in its transportation infrastructure.