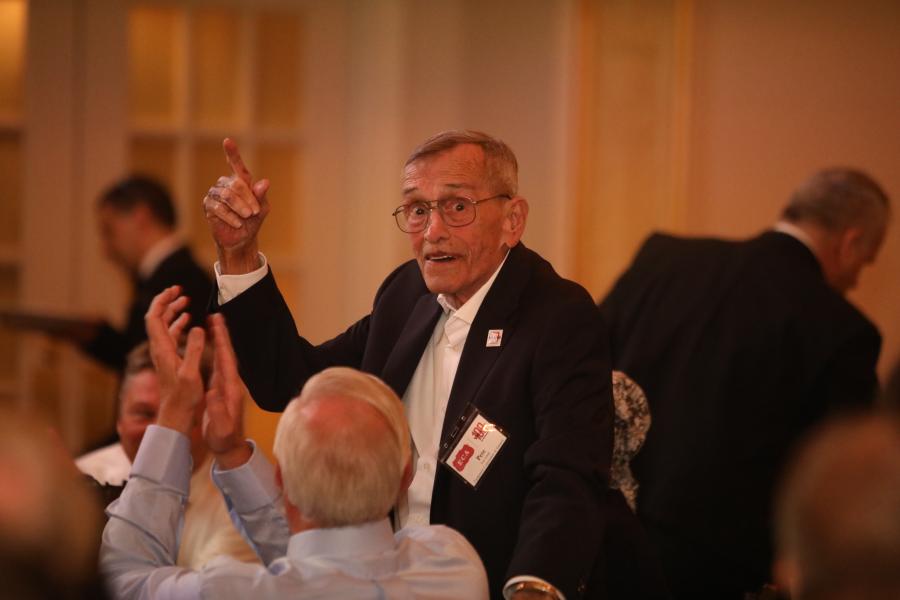 Mr. Schell was working in the shop with Hercules Machinery in Sterling, Va., a family-owned pile driving equipment business in the 1970s. After recognizing his stature in the market with local contractors, former ECA President Ben Dutton forged a connection with Mr. Schell in an effort to expand ECA's footprint into the region.

ECA opened its fledgling Washington branch in the late 1970s with Mr. Schell at the helm. In fact, he worked from home in the early days. ECA Washington was focused primarily on pile hammers at the time, but Mr. Schell helped to fuel the company's much greater aspirations.

"Pete was instrumental in getting ECA started in the foundation drilling business, starting a dealer relationship with Krupp in the mid-1980s, followed by Hütte and KLEMM," said CEO Roy Kern. "This early foray into small-diameter drilling gave us a big head start on many of our competitors, and to this day, foundation drilling is our biggest market."

Mr. Schell's mechanical aptitude earned him respect with many foundation contractors and drove ECA Washington's expansion. Some even suggested he could build a complete KLEMM, Krupp or Hütte drilling rig with his eyes closed. Mr. Schell, whose starting salary with ECA in 1976 was $23,000, went on to contribute more than $7 million in profits over his career during a time when $1 million was a substantial sum for ECA.

Mr. Schell's influence extended far beyond ECA Washington's territory. His core territory was Maryland, Washington, D.C., and Virginia, but his true reach was east of Mississippi.

CEO Roy Kern said in the eulogy: "Pete has moved on to a better place to be reunited with Jesus and his wife Christl, and he's probably designing the ultimate drill rig with Michelangelo as I speak. He was a great man and his legacy lives on — at ECA and in all of you."

Mr. Schell retired in 2013, but his legacy lives on through his son, Dave. He followed in his father's footsteps in 2006, and currently serves as corporate director of parts and service at ECA Washington. Dave Schell wears the watch presented to his father at his retirement dinner in 2014 to remind him of his father's service to the company. The watch inscription reads "1976 – 2013," but it seems the Schell name will be alive and well at ECA for decades to come.