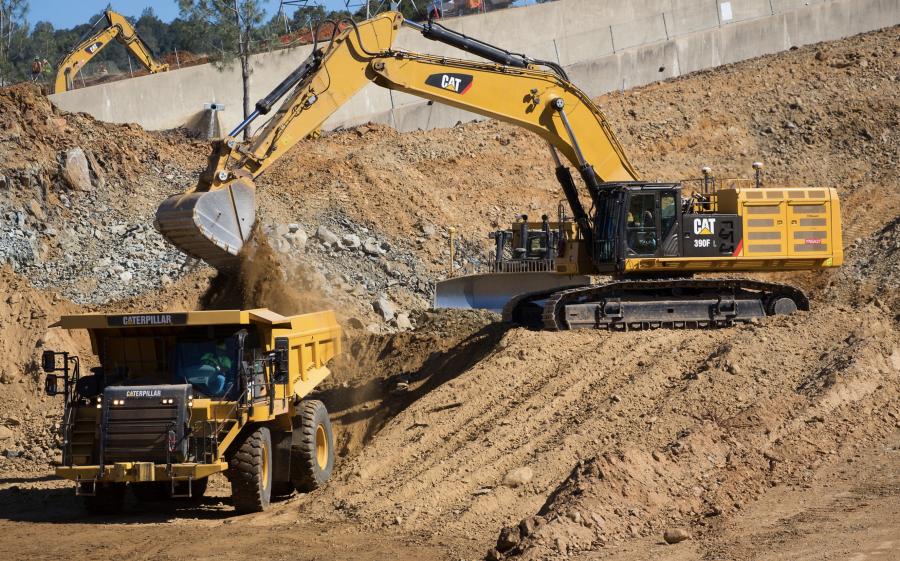 Construction crews in California have begun demolishing the destroyed portion of the main spillway at Oroville Dam as they race to repair the structure in time for the next rainy season. (California Department of Water Resources photo)

OROVILLE, Calif. (AP) Construction crews in California have begun demolishing the destroyed portion of the main spillway at Oroville Dam as they race to repair the structure in time for the next rainy season, state water officials and construction managers said.

Using heavy equipment and explosives, crews were clearing away sections of concrete and rebar that have not already washed away. They hope to begin pouring fresh concrete in June, starting from the bottom of the 3,000-ft. chute and working their way up.

“We're always working to accelerate faster,” said Jeff Petersen, project manager of Kiewit Corp., said in a conference call with reporters. Kiewit, based in Omaha, Neb., was awarded a $275 million contract to complete the massive project.

The spillway is the main outlet for Oroville Dam, the country's tallest.

Officials described a Herculean operation that includes the construction of miles of access roads, two concrete plants and a maintenance facility for heavy equipment.

By August, 500 employees will be on the site, with work spanning 20 hours a day, six days a week, said Jeanne Kuttel, chief engineer of the project with the California Department of Water Resources.

Crews aim to replace the lower portion of the spillway by Nov. 1, when winter rain and snow increase the flow of water into the lake. They'll reinforce concrete near the top of the structure, which was not damaged, then tear it out and replace it next year.

Plans for the emergency spillway call for drilling 30 to 50 ft. into the ground and building a wall anchored to the bedrock in order to prevent erosion. Next year, crews will reinforce the hillside.