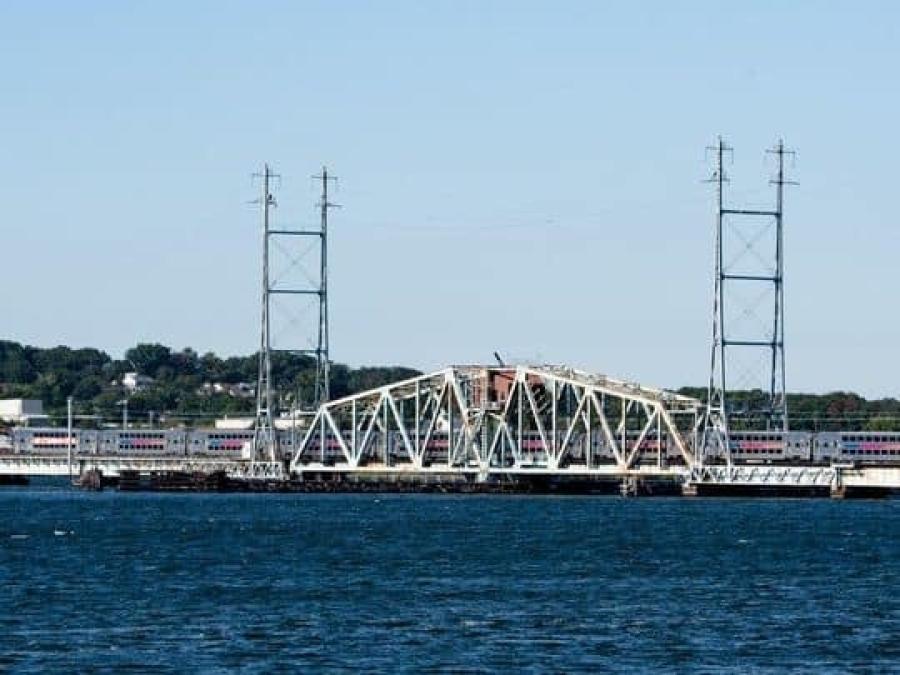 The lasting effects of Superstorm Sandy continue to wash across New Jersey, evident on a century-old railroad bridge that nearly became a casualty of the ferocious October 2012 onslaught.

The storm surge from the Atlantic Ocean up into the Raritan Bay pushed a barge into the bridge, dislodging the deck and moving several steel girders that weigh several tons apiece.

In what may qualify as a small bit of irony, it may have been the best thing to happen to the Raritan River Drawbridge.

With about $450 million in funding already secured from the Federal Transit Administration, NJ Transit is pushing ahead with a project to replace the 109-year-old span. It could wind up taking less time to complete than a higher-profile project to replace its northern counterpart, the much-maligned Portal Bridge over the Hackensack River, which wasn't affected by Sandy.

“In a strange way, Sandy helped us,' said Jeff Tittel, director of the Sierra Club in New Jersey.

The Portal Bridge, a regular source of delays on the heavily traveled Northeast Corridor rail line between Washington and Boston, is included in the Gateway project that also includes the building of new rail tunnels under the Hudson River and expanding New York's Penn Station.

Environmental and engineering work has taken about eight years to complete, New Jersey Transit Executive Steven Santoro said. The Portal Bridge needs about $1 billion for construction that would take an estimated additional four to five years.

That the Raritan bridge remained standing after Sandy was something of a marvel. Its deck moved about 18 in. from the storm surge and the blow from the barge.

“If it had moved 24 inches, it might have gone down and we'd be standing here wondering how people are going to get to work,' Santoro said.

That question was answered during the three weeks crews spent repairing the bridge. Buses were jammed and commutes lengthened by hours in some cases as the roughly 10,000 people who take trains from shore areas to Newark or New York sought other modes of transportation.

Santoro said environmental studies on the bridge project should be completed within a few months, and NJ Transit's board is then expected to vote on a final design. Construction is tentatively set to begin in 2019 and take roughly four years.

Unlike the existing bridge — and the Portal Bridge — the new Raritan Bridge will lift up its center section to allow boats to pass under, rather than swing open. That will make the opening higher and wider, and could require fewer openings for smaller recreational boats.

Currently the bridge is opened between 10 and 15 times per day during the summer and four or five times per day in the offseason, according to R.J. Palladino, a senior program manager of NJ Transit.

More important, the bridge will be designed to withstand a Sandy-like storm should another one visit New Jersey, something scientists say is likely.

“This is more vulnerable to another storm, and so we felt it was prudent to put in an application to get funding to make this bridge more resilient,' Santoro said. “People depend on it to get to their jobs, and it's certainly a critical bridge for tourism in the summer, which is related to the economics of New Jersey. So when you look at the big picture, you can see why the federal government allowed this project to be funded.' —AP