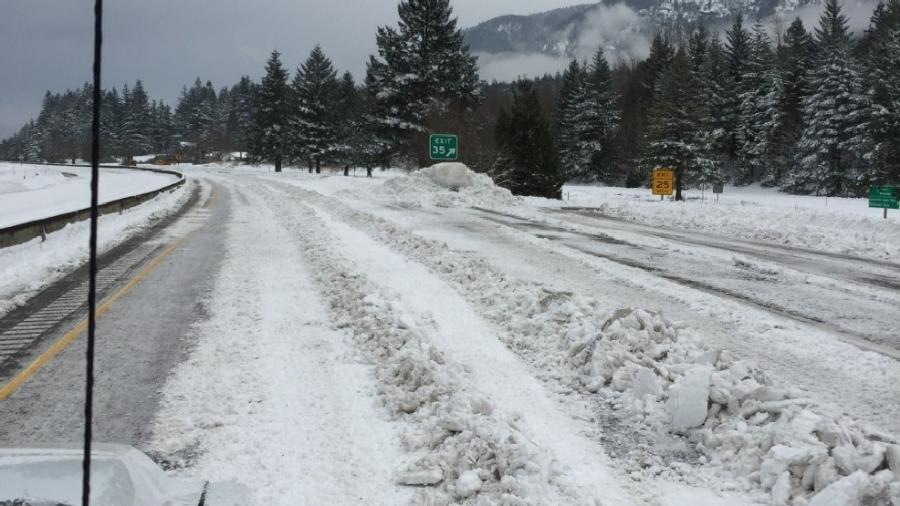 According to the Salt Institute of the United States, the nation uses 17 to 20 million tons of road salt each year. That and the seemingly endless plowing is bad for the roads and the surrounding environment.


Just in time for snow removal season, researchers have developed a concrete mixture that melts snow on its own. A Drexel University research team has found that adding paraffin wax to concrete roads allows for the concrete to melt snow without the aid of salt, Forbes reported.

The team's goal was to find a way to melt ice atop roads that is more effective and environmentally friendly than salt. According to the Salt Institute of the United States, the nation uses 17 to 20 million tons of road salt each year. That and the seemingly endless plowing is bad for the roads and the surrounding environment.

The key, the team discovered, was through the use of phase-change materials that are able to store and release heat in cold, snowy weather, Forbes reported. Paraffin oil, which is readily available and cheap, was an ideal choice. The teams set up three tests in climate-controlled boxes to see if the material would work:

The team covered each of the slabs with 5 in. of artificial snow, keeping temperatures slightly above freezing. The snow in Tests One and Two melted within 25 hours, while the snow in Test Three stayed frozen. As the paraffin froze and changed from a liquid to a solid, the process released just enough heat for the concrete to warm, causing the snow to melt, Forbes reported.

Now, the team is working to see how it can use the paraffin wax in concrete mixtures on concrete roads and bridges, but they must first conduct more research on paraffin's long-term effects, including road durability, skid resistance for vehicles and the concrete's overall stability.

The FAA supported the team's research as part of their Heated Airport Pavements Project. Using paraffin wax on runways could save millions in cancellations and flight delays, Forbes reported.