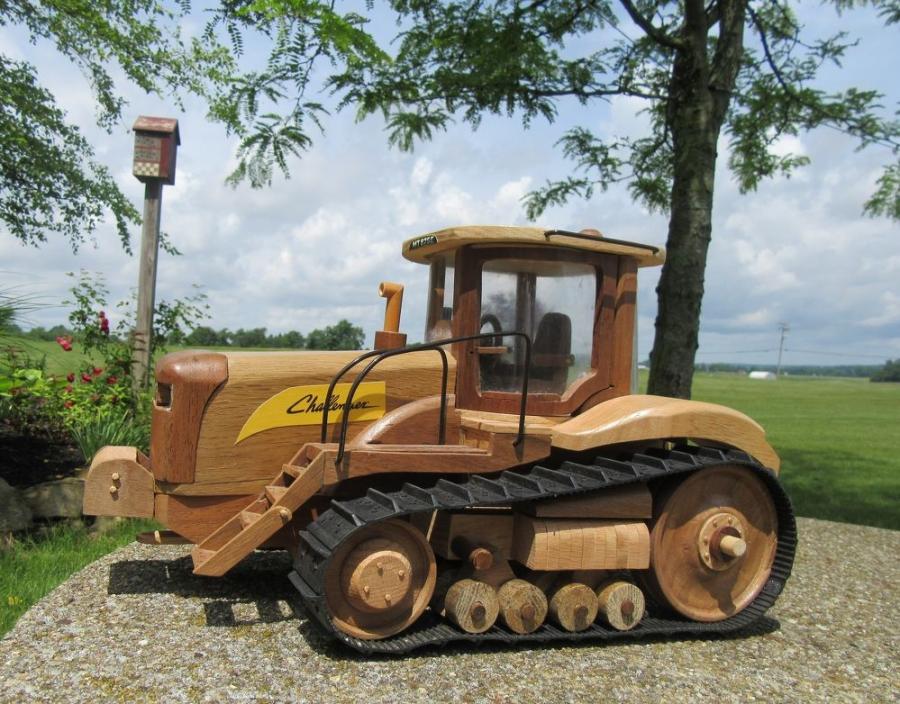 This Caterpillar Challenger, the only machine Don Weisel built with rubber tracks, is a 1/10 scale model and is built with exacting detail.

When Don Weisel retired from his job as a heavy equipment operator in 2000, he relaxed for two weeks and then concluded that he'd had enough down time and needed to tackle a project to keep himself occupied.

Weisel began as an operator at age 15, working at his father's gravel pit in Louisville, Ohio. He worked the final 12 years of his career at The Ruhlin Company. He enjoyed his work and also recalled enjoying shop class in high school.

"I decided to combine those two interests and set about building my first scale model, a Caterpillar D9 crawler dozer," he said.

What started out as a minor diversion has become an annual endeavor. Weisel has built one piece of construction equipment every year for the past 21 years. Weighing in at 30 to 45 lbs., the models are built to 1/10 scale and take a month or more, working seven hours a day to construct. 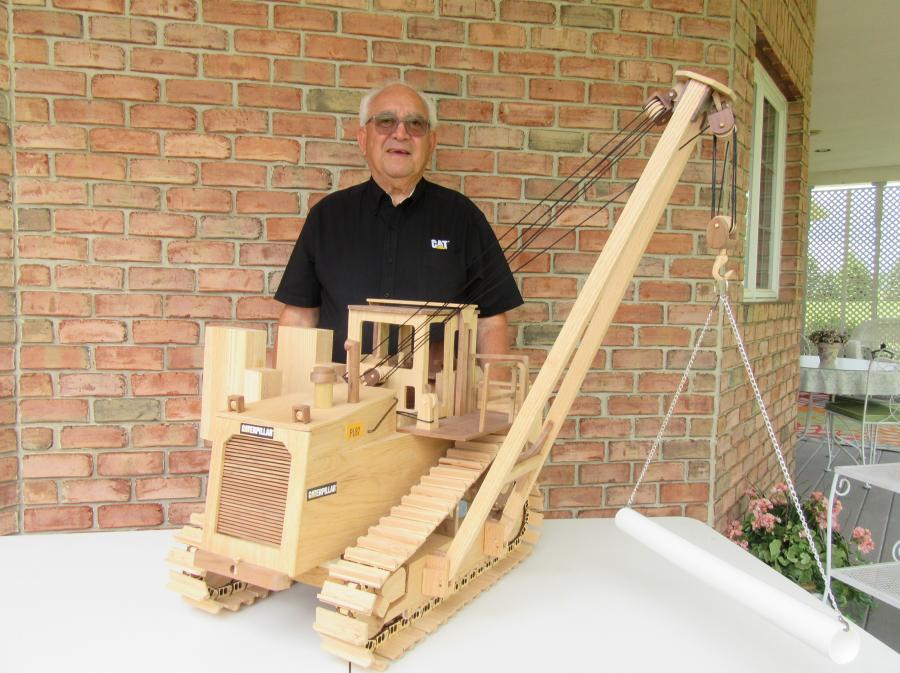 He's chosen to build the machines he ran as an operator, which were primarily Caterpillar machines, but he also has built a John Deere tractor; a Gradall model 1000 wheeled excavator; a Link-Belt crane; and a Peterbilt tractor and lowboy to haul his Caterpillar equipment. Weisel constructs his scale models of oak and walnut as the two materials offer a nice contrast to the finished product.

Weisel builds each machine freehand, working without blueprints or a pattern. He carefully studies product brochures and relies on his 46 years of experience operating the machines.

"Knowing first hand where the levers should go has been extremely helpful," Weisel said.

All the scale models he has built are amazingly detailed and have maneuverable tracks and functioning hydraulic components. Getting each moving part to work correctly can be a challenge and on many occasions, he has had to construct parts more than once.

"My goal with every machine I build is to make sure they work like the real machines," he said.

Weisel has eight grandsons, and he has given or will give each of them two of his scale models when they turn 25. He also has been displaying models at shows for the past five years and at one event that gives out awards, he displayed seven pieces and took home seven first-place ribbons.

At 81 years old, Weisel has no plans to slow down on his annual construction projects.

"I'll need another 20 years to build every machine that I operated during the span of my career," he said.

Weisel plans to sell a handful of the duplicate scale models he has built. Interested parties can reach him by phone at 330/904-7395. CEG