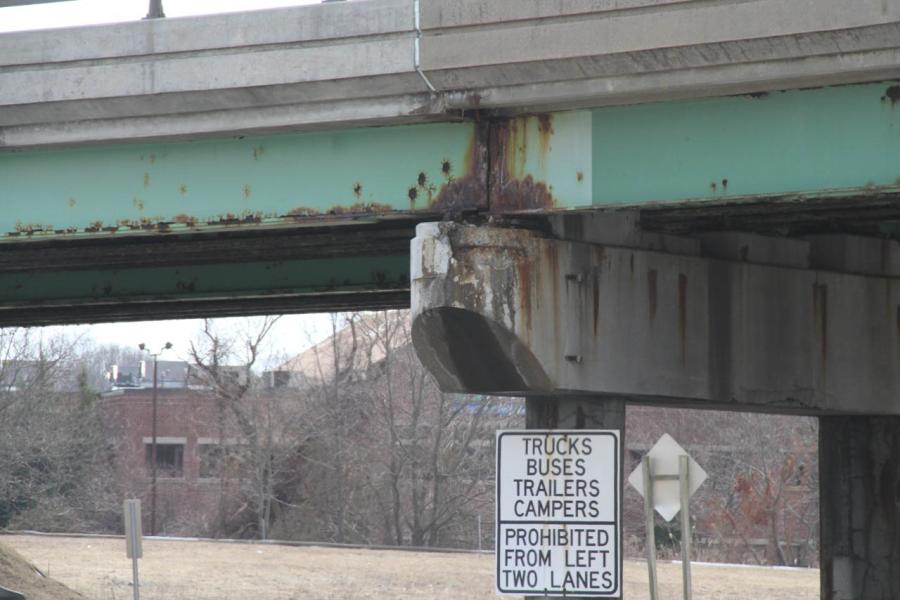 The state has created RhodeWorks that would use tolls on large commercial trucks and bond sales to finance major highway and bridge projects. The cost of improving highways and bridges is set at $510 million.

“We have been saying throughout the debate on the RhodeWorks initiative that we would be ready to hit the ground once it passes,” Alviti said.

RoadWorks includes a $500 million bridge bond that would be paid by charging $3 per truck at 14 toll locations.

Grant Anticipation Revenue Vehicle, or GARVEE, is a type of bond or similar financing method issued by a state or state infrastructure bank under the guidelines of the National Highway System Designation Act of 1995. Bond money would be used to leverage federal aid and repair bridges.

On Dec. 4, 2015, President Obama signed into law the Fixing America's Surface Transportation Act (FAST Act). It is the first law enacted in more than 10 years that provides long-term funding certainty for surface transportation projects such as new highways and transit lines.

RhodeWorks also anticipates an additional $400 million in federal funding through the Federal Transit Administration's New Starts program for developing a transit component in the U.S. 6 and R.I. 10 interchange reconstruction project.

Rhode Island Department of Transportation officials cite a special need to accelerate infrastructure projects. The state ranks last in the nation in overall bridge condition. Approximately 22 percent of the 1,162 bridges in Rhode Island are structurally deficient.

Officials insist that to rebuild crumbling roads and bridges, a user fee on large commercial trucks is necessary. They also see a great opportunity in taking advantage of the FAST Act.

The plan is to repair more than 150 structurally deficient bridges and upgrade another 500 bridges so they don't become deficient.

And time is of the essence. By waiting state officials believe the cost will rise much higher. Public safety is also at risk, further necessitating quick action.

In addition, the Rhode Island Department of Transportation has begun soliciting for proposals for task order contracts. The department has adopted a new policy that saves time in procuring engineering services.

In the first step, the department of transportation will request proposals from engineering firms creating a pool of companies that will be able to compete for future road and bridge work.

The first step is under way now and will conclude in early spring.

Rhode Island Department of Transportation will hire design firms in categories such as bridges, highways, storm-water improvements and facilities designs. It will further increase completion in the process by renewing the first step of consultant selection every two years.

RhodeWorks will add thousands of jobs and boost the state's economy.

The boost in revenue will allow crews to bring bridges up to 90 percent sufficiency within 10 years.