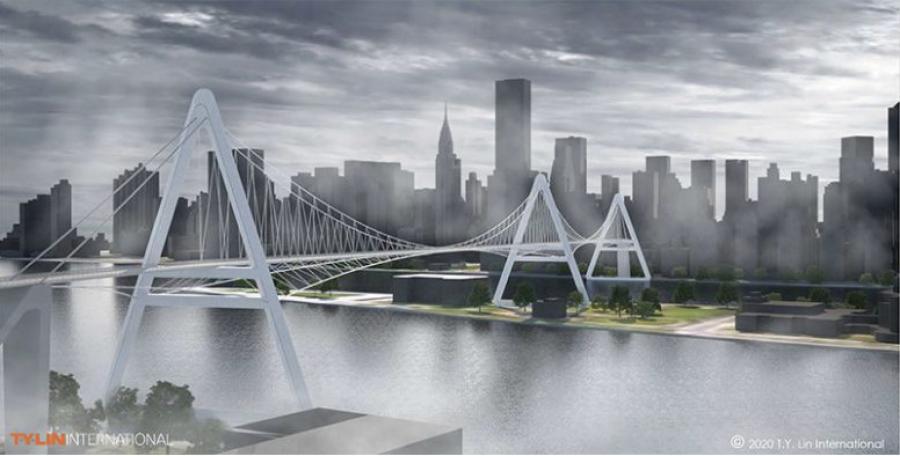 A consortium of engineers and traffic planners have teamed up on proposals to construct a series of vehicle-free "ribbon" bridges connecting Manhattan to New York City's the outer boroughs and New Jersey.

The group is led by Samuel Schwartz, former Traffic Commissioner of the city's Department of Transportation.

The Queens Ribbon is the first of the new bridges and would connect Long Island City and Roosevelt Island's Cornell campus to midtown Manhattan. The second bridge would connect Brooklyn Bridge Park to Manhattan's financial district, while the third and final bridge would connect commuters from New Jersey to either Midtown West, West Chelsea or Tribeca. The latter has not been specified regarding on and off ramps in New Jersey and Manhattan. 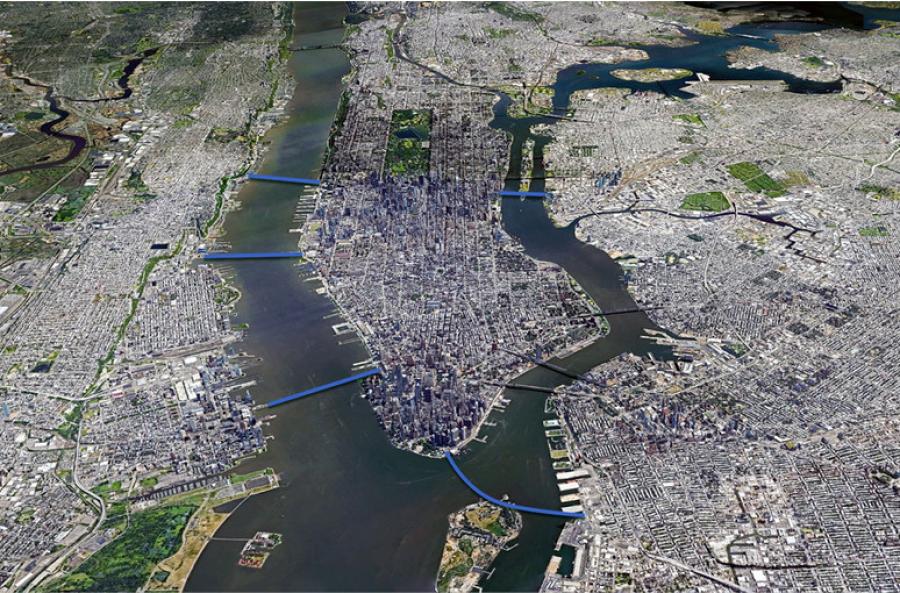 Each of the new bridges would be 20 ft. wide and include lanes for cyclists and pedestrian traffic. The current design documents state that each bridge could handle approximately 20,000 people daily.

Considering those figures, the three bridges combined could carry the equivalent of 60 subway trains or roughly 50,000 cars per day. 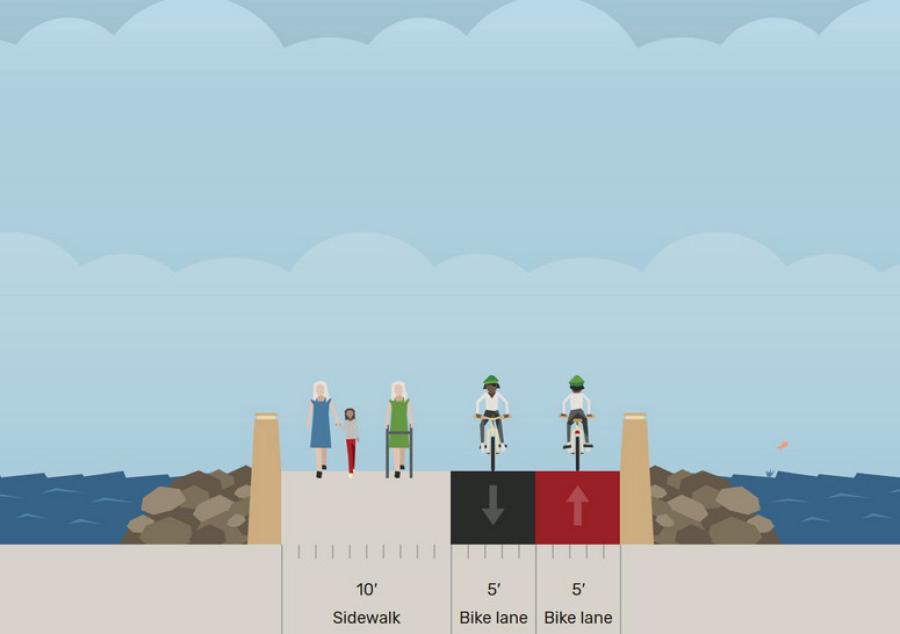 The minimalist-designed bridges are referred to as "ribbons" because of their slenderness that will appear as relatively thin lines across the waterways. Also, the concept design was inspired by "stress ribbon" bridge technology used to hang pipelines across expanses of rivers and gorges.

Available renderings illustrate a concrete platform that is supported by suspension cables and three delta-shaped towers. The towers are about 300 ft. tall and 200 ft. wide and are described as a futuristic addition to existing sight lines. Proposals also call for the completion of new street-level bike lanes to facilitate cyclist access. 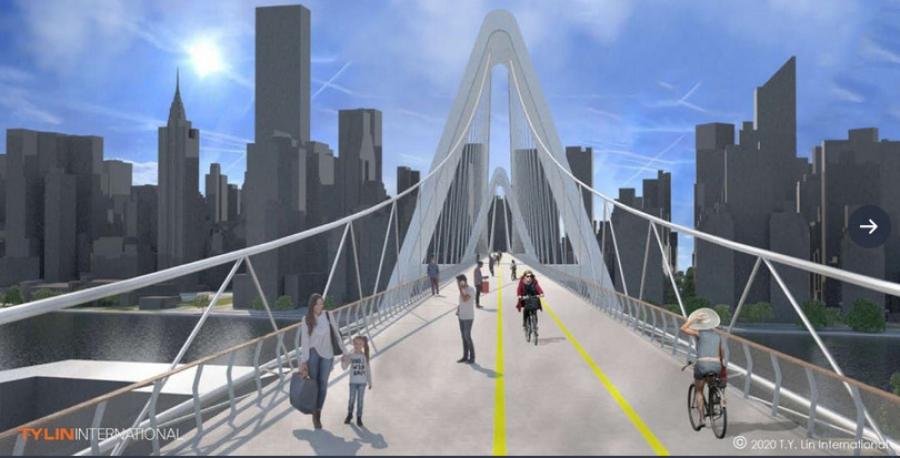 In addition to Schwartz, New York University's Tandon School of Engineering and T.Y. Lin International Group, a multinational engineering company, are credited in the proposals.

The team took inspiration from a wave of recent pedestrian-bicycle bridges built in cities around the globe, including London's Millennium Bridge across the Thames.

A thorough environmental review process known as an Environmental Impact Statement would be required before work could begin on the New York projects. It also would require a Uniform Land Use Review Procedure. 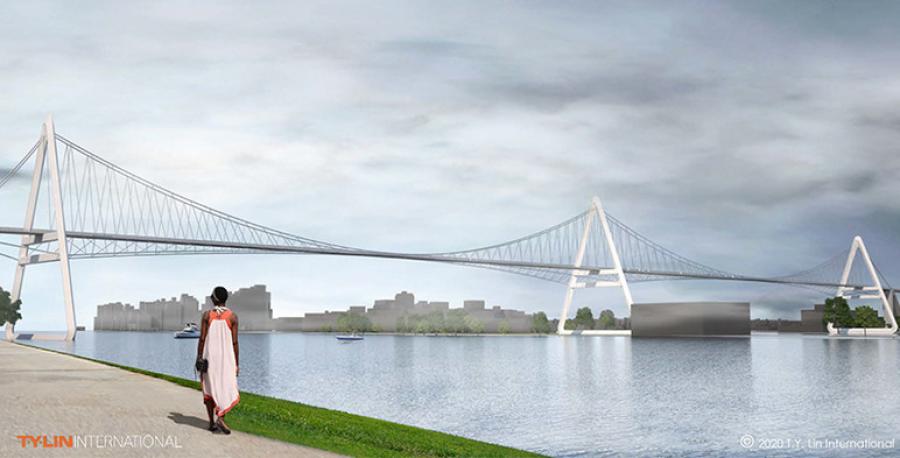