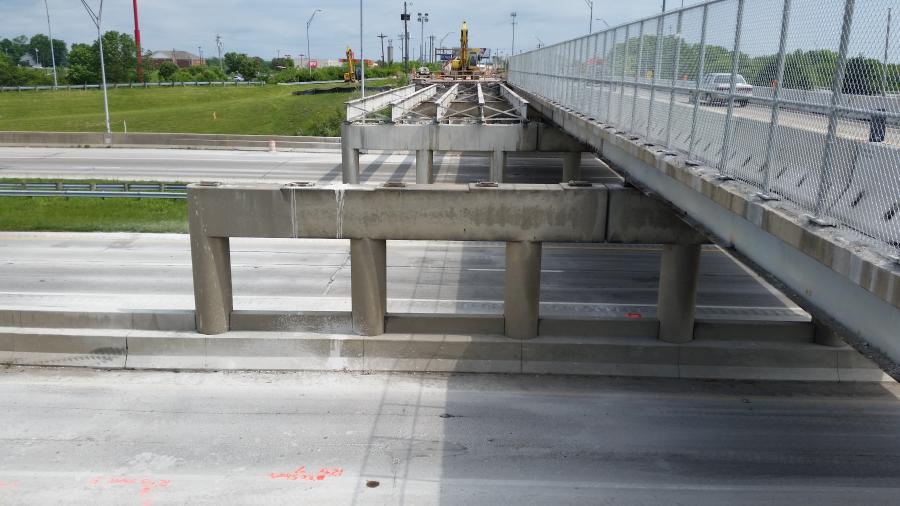 The objective of this project was to remove the heavy through traffic volume on Route 1 (Post Road) in front of Warwick City Hall.

Started in the summer of 2014, Cardi Corporation expects to deliver substantial completion in the fall of 2017 of the Rhode Island Department of Transportation's (RIDOT) Apponaug Circulator Project in the city of Warwick.

The $29.9 million urban renewal project, funded by the Federal Highway Administration (FHWA) and RIDOT, is transforming a congested and outdated urban circulator system into a more efficient, safer, accessible and sustainable facility for Warwick.

“We [are building] a new roadway to serve as a bypass for the majority of traffic that now travels through the heart of this historic village,” stated project web page. “Reducing traffic volumes is a key component in the city's revitalization plans, which envision a vibrant, pedestrian-friendly environment that would be a destination for its shops, restaurants, and cultural events. The road system in Apponaug village was last altered in the 1970s. Traffic volumes have increased substantially, with about 24,500 vehicles on Post Road passing through the village center, creating congestion and hampering economic revitalization.”

The project covers 2.3 mi. (3.7 km) of roadway, including 1,100 ft. (335 m) of new road to serve as the bypass for Apponaug village. Three signalized and two unsignalized intersections are being redesigned to feature modern roundabouts.

The project was designed by Gordon R. Archibald Inc. (GRA).

Several meetings and design revisions were made before the permit was obtained. Fitting the geometry of five roundabouts into an urban area was also a major issue and it was resolved by acquiring several privately-owned properties to fit in the roundabouts.

“The concept can be utilized in urban development provided space is available to fit the geometry,” he added. “It can also be used in small towns where a signalized intersection would look out of place and the roundabout will be more aesthetically pleasing.”

The objective of this project was to remove the heavy through traffic volume on Route 1 (Post Road) in front of Warwick City Hall. When the project is completed and opened to traffic, the traffic volume will drop to about 5,000 vehicles per-day, eliminating congestion.

The life cycle of roundabouts is about 25 years and the infrastructure will handle the projected traffic in the area for many years.

Multi-year projects are never easy, especially in urban areas. Working closely with the contractor to resolve potential problems in advance has made this project a success.

“We have daily and weekly meetings with the contractor and design consultant, as well as quarterly partnering meeting with the FHWA,” said Lenardo. “We keep on top of issues that we're working on and upcoming work. This helps us keep up with everything that is going on and it keeps our partners in the loop.”

With all the staging and scheduling, the impact on traffic has been minimized for the benefit of the community and for the general contractor to ensure that crews can work safely and materials can be brought in efficiently.

The initial work included the relocation of overhead and underground utilities; construction within the abandoned Apponaug mill area, which required environmental, structural and earthwork in preparation of constructing a water quality basin; relocation of a portion of the Apponaug River; and the development of the new section of Veterans Memorial Boulevard roadway and bridge.

Work in the summer of 2014 focused on an extension of Veterans Memorial Drive. From the fall of 2014 to the fall of 2016, building the roundabout at Post Road at Williams Corner was completed in three phases. In 2015, the relocation of a section of the Apponaug River was complete.

In the fall of 2016, Cardi crews are scheduled to begin construction of roundabout at Apponaug Four Corners in four phases — to be completed in the summer of 2017, and between the spring and summer of 2017, reconstruct Post Road in Apponaug village center from Veterans Memorial Drive to Williams Corner.

The removal of underground fuel storage tanks was expected, but this aspect became more challenging due to an additional eight abandoned tanks that were discovered during the utility aspect of the project.

“Some of the areas are so old, dating back to the 1930s and 1940s, that there weren't records available to us,” said Lenardo. “Almost all of the other challenges were expected. The handling of them required us to get involved with RIDEM. The contents were profiled to get their approval to remove it — it usually takes upwards of two to three months. The tanks ranged anywhere from 500 to 1,500 gal. They are pumped out with the contents sent to an approved facility, cleaned and then removed.”

Cardi has about 15 workers on site, along with subcontractors that include electricians and masons.

“The area is heavily travelled,” said Lenardo. “The traffic management plan we have in the contract requires that anything that is going to disrupt an active travel lane has to be done at night, such as asphalt placement. Some of the drainage installation will be done at night. The local police office provides a police detail.

“This is a heavily developed area — there are a lot of residents and businesses,” he added, “and we have an abundance of signs, construction warning signs, message boards, arrow panels, and night lighting.”