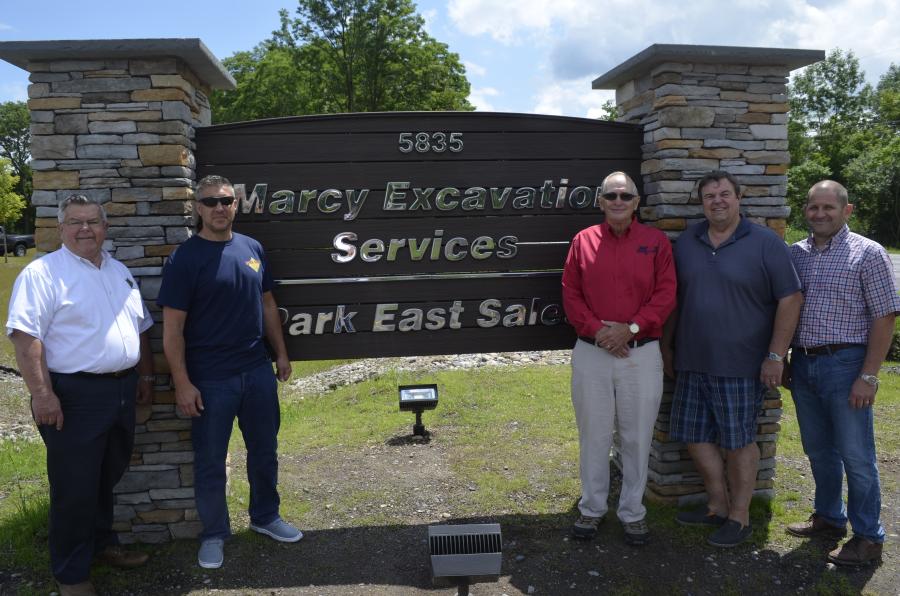 The ownership and management of the Rifenburg Companies are very proud of their new offices and shop facilities in Herkimer, N.Y. (L-R): George Rifenburg, Scott Lawson, Phil Hale, Jack Rifenburg and Russell Huta.

The Rifenburg Companies celebrated the grand opening July 8 of its new facility located on Route 5 between Little Falls and Herkimer, N.Y.

Marcy Excavation Services was founded in 1981 by Phil Hale. Over the years, the company has been known for its construction of wastewater treatment plants, landfill work, municipal and heavy highway construction. Rifenburg Companies purchased Marcy Excavation because of its potential growth in central and western New York.

The new expansive offices and shop facilities in Herkimer have been designed to give Marcy Excavation Services and Park East Sales the resources, support, and staging areas that both need to continue the company's western expansion.