Ritacco Workin' on the Railroad … Bridge in Jersey 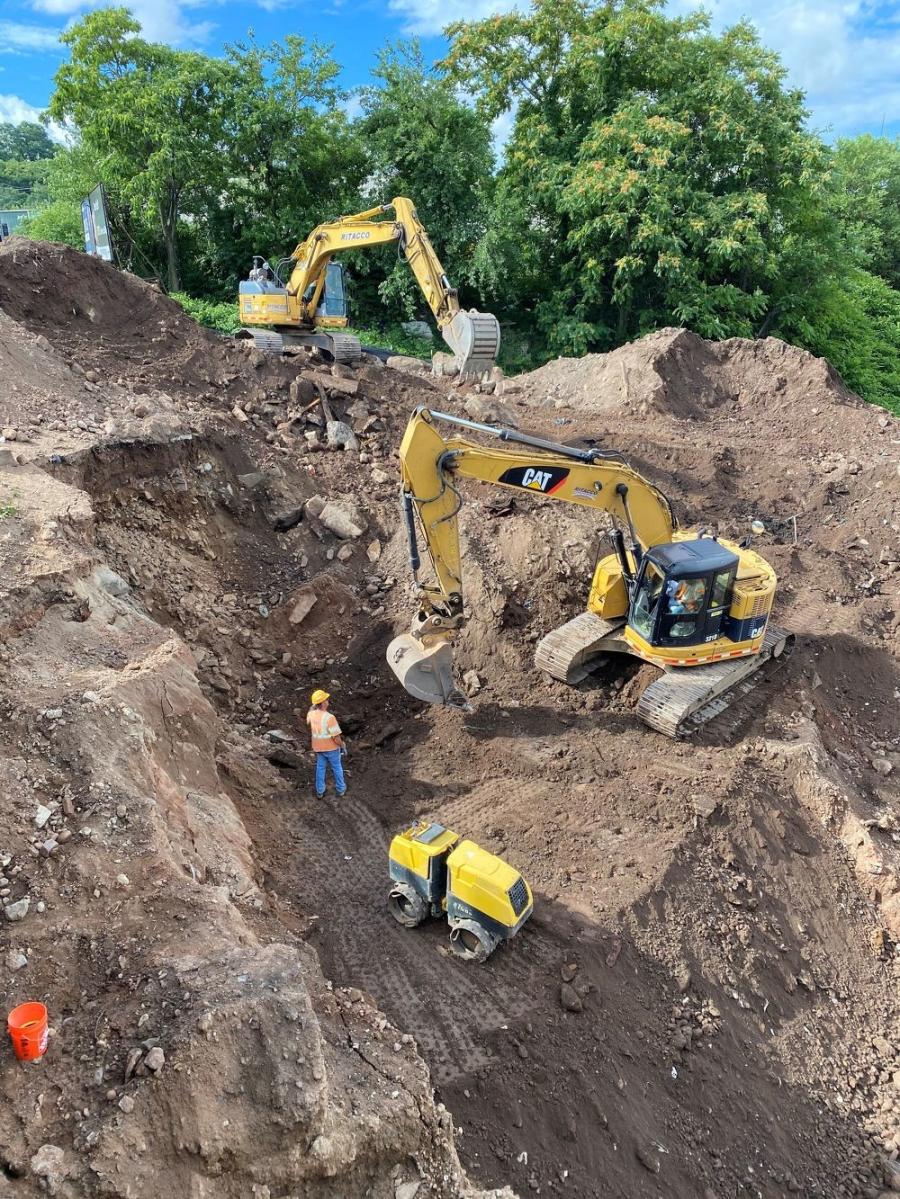 Crews excavate large boulder obstructions prior to installation of wick drains for the new foundation of abutment and retaining walls on the southeast corner of the new bridge.

Built in 1929, the old bridge (200 ft. long, 70 ft. wide and two lanes and sidewalks in each direction), which is being demolished, spans tracks operated by Conrail and NYS&W and ends at the intersection of Route 1&9. The three-year project, expected to be completed in the summer of 2023, is being funded through a federal Transportation Investment Generating Economic Recovery (TIGER) grant. 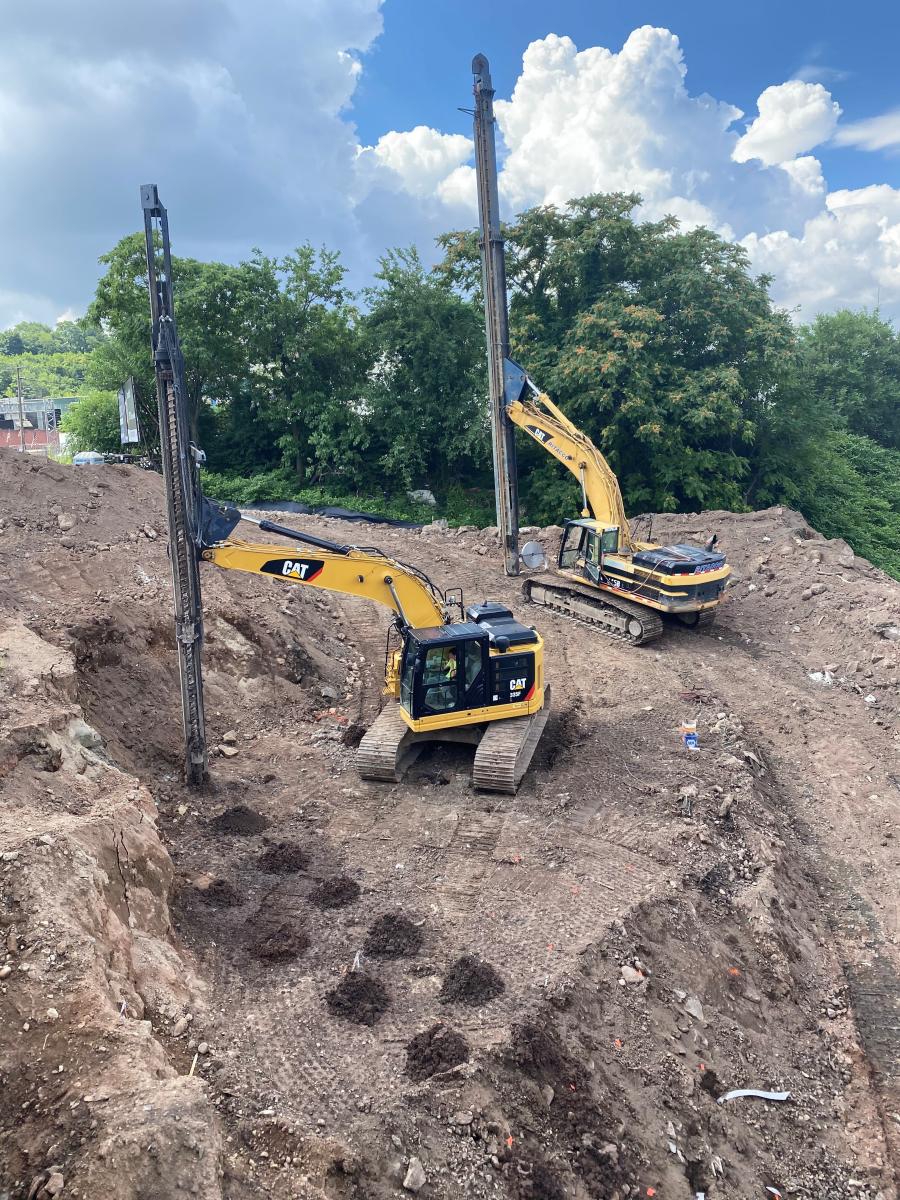 The existing bridge is located between the Route 495 Bridge over Route 3 on the west and Route 1&9/Tonnele Avenue on the east, near the south entrance to the NJ Transit North Bergen Park & Ride lot.

"The project will address the poor condition and geometric deficiencies of the bridge," said Steve Schapiro, NJDOT's deputy manager of communications. "The bridge deck and piers are both in poor condition and both sidewalks have been closed to pedestrian traffic due to the deterioration."

The new, wider bridge will be a single-span structure with an approximate length of 156 ft. and minimum vertical under-clearance of 23 ft. over the tracks and 16 ft. 6 in. over the ramp from Route 3 westbound to Route 495 eastbound. It will have two 12-ft. lanes, a 4-ft. left shoulder and 10-ft. minimum right shoulder in each direction. The existing roadway also will be widened to the south to accommodate the wider bridge.

"Using a single-span design will eliminate the piers adjacent to the railroad tracks," said Schapiro. "This will improve rail service by allowing freight trains to transport higher and wider loads, as well as travel at higher speeds. Eliminating the existing pier also will create increase spacing between the tracks, which is required to provide shared passenger and freight service. This expanded passenger and freight service will provide significant regional benefits to commuters and the freight industry from Passaic, Bergen, and Hudson counties.

"[It will also] improve motorist safety by providing standard lane and shoulder widths and improved site distance," he added. "The sidewalk will be extended to connect the existing sidewalk on Route 1&9/Tonnele Avenue to the North Bergen Park and Ride."

Other elements have RCI replacing the ramp from Route 3 westbound to Route 495 eastbound.

"One of the design challenges was providing a design that poses the least amount of impact to the railroads below, as well as to the motorists," said Schapiro. "The design keeps traffic on the bridge during construction and eliminates the middle pier to allow the railroad more space for future expansion."

The expected lifespan of the new bridge is 75 years.

The project is being constructed in five stages to help NJDOT mitigate the traffic impacts, especially as the neighboring Route 495 bridge project continues. Route 495 connects directly to the Lincoln Tunnel. 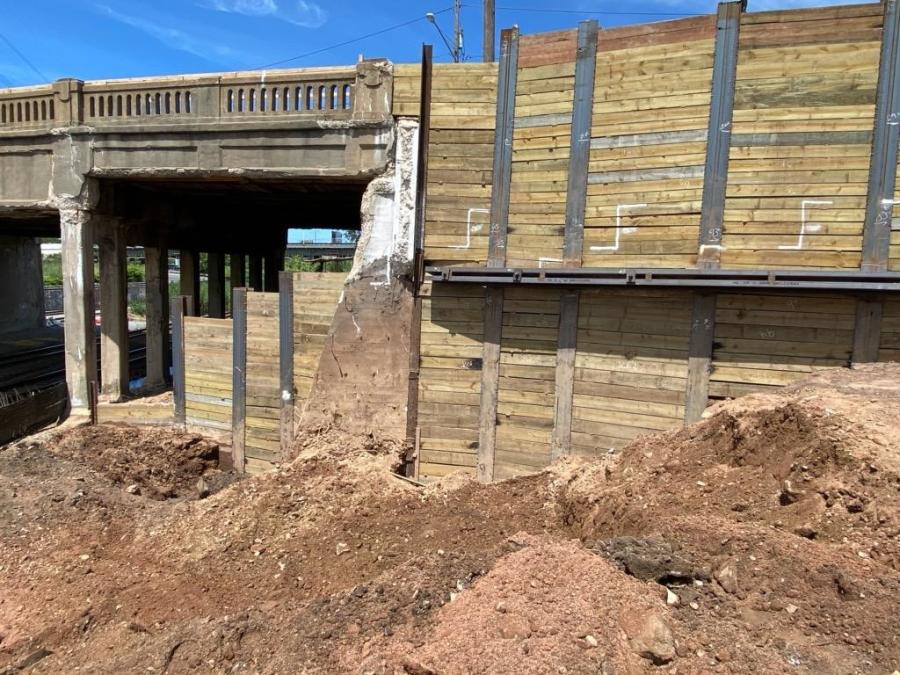 So far, RCI has completed the following elements: site clearing, temporary sheeting and excavation on south side for new south abutments and retaining walls.

Stage 4 will have crews build the median on the approach roadway and proposed island with a sidewalk and ADA ramps, by shifting the westbound traffic onto the new structure completed in Stage 3.

During Stage 1, construction of the new bridge will be done adjacent to the existing bridge to minimize the impact to traffic.

"One of the main challenges is coordinating the bridge work with the two railroads below," said Schapiro. "NJDOT will work in cooperation with the railroads to schedule outages and flaggers. In addition, much of the work will be done during non-peak hours to minimize the effect on traffic. The project requires close coordination with adjacent projects (Route 495 Viaduct project) and agencies such as the NJ Turnpike, NJ Transit, Port Authority of New York and New Jersey and a separate paving project on Route 3. There also are overhead transmission lines requiring coordination with utilities.

"Most work will take place during the day, although there is some work that will take place at night or on weekends due to traffic and railroad access," he added, noting that while crews will be working throughout the winter, most of those activities will be done via day shifts.

There are some minor electric and water main relocations. 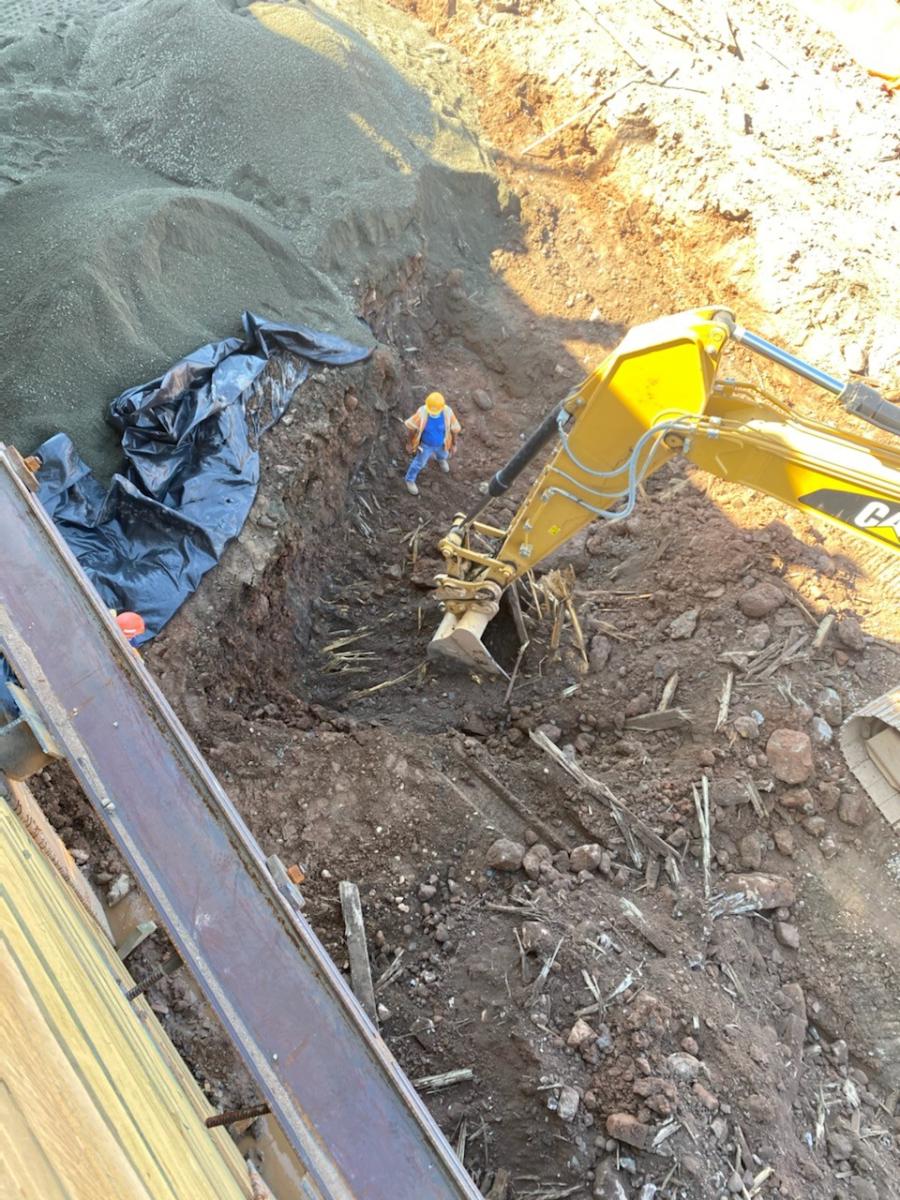 "The work zone is over railroad tracks and the traffic lanes are narrow, and it is near the busy interchange of Route 3 and Routes 1 and 9, as well Route 495 and the NJ Transit Park and Ride," said Schapiro.

During Stage 1, the new bridge will be constructed adjacent to the existing bridge to minimize the impact to traffic.

Temporary shielding has been installed under the bridge to prevent debris from falling on the road and tracks. Due to limited space on site to store the demolition debris, some materials will be removed the same day, while some will be stored on site until it can be removed.

The amounts of concrete, asphalt and steel to be generated from the demolition are still being tabulated, as are the amounts of new building materials that will be brought in.

"Steel will be recycled off site and concrete, most likely will be recycled as well," said Schapiro. "NJDOT supports recycling materials when possible, and encourages contractors to do so."

Peak days will have many RCI and subcontractor employees on site. The general contractor has brought in regional and local subcontractors on board to assist with the work.

The firm purchases and rents equipment from local and regional dealerships. CEG