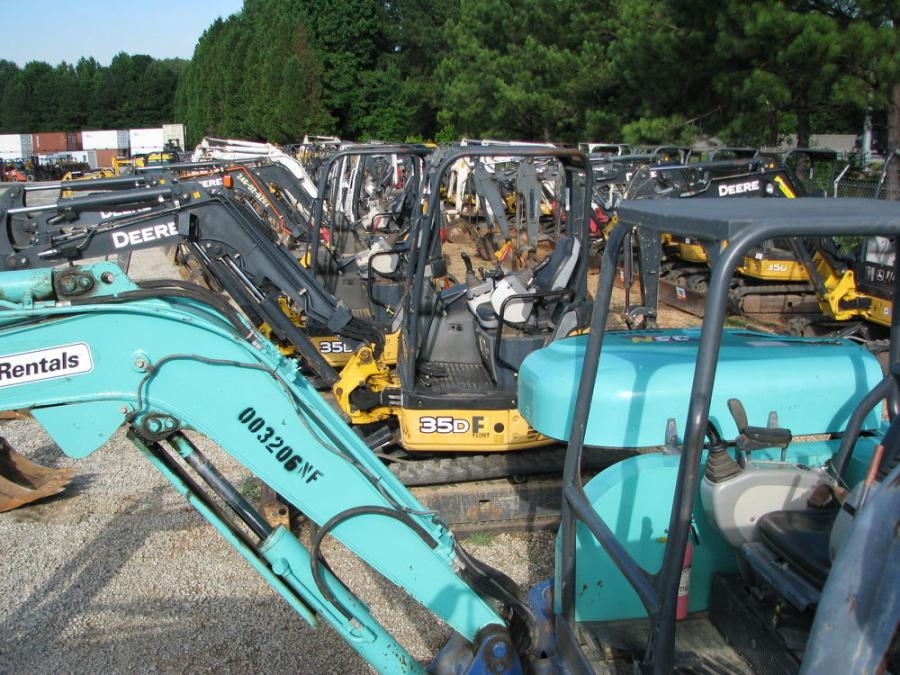 More than 100 mini-excavators were available in this sale.