The company sold more than $76M of pipeline and heavy equipment. 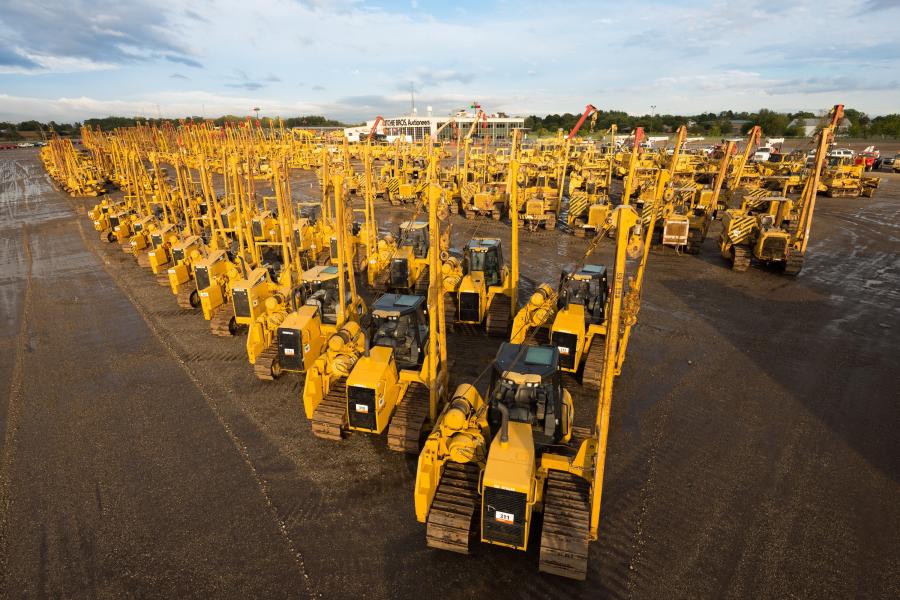 As the pipeline construction event of the year, with more than 175 crawler pipelayers and other equipment up for sale, bidders turned out in huge numbers on site and online from around the world.

Ritchie Bros. conducted its largest-ever two-day auction in the United States on Sept. 28 to 29. More than 3,400 equipment items were sold in Columbus, Ohio, for more than $76 million. Approximately $61 million of the equipment was sold on day one of the auction — the largest single sale day the company has ever had in the United States.

As the pipeline construction event of the year, with more than 175 crawler pipelayers and other equipment up for sale, bidders turned out in huge numbers on site and online from around the world. More than 3,600 bidders from 52 countries registered to bid in the auction, including 2,500-plus online — surpassing the previous Columbus attendance record by 36 percent. Approximately 91 percent of the equipment was purchased by U.S. buyers, including 21 percent purchased by Ohio buyers. International buyers purchased approximately 9 percent of the equipment from such countries as Singapore, South Africa and The Netherlands.

“This was a truly unique event — it's not often you sell more than $31 million in pipelayers in a single auction,” said Terry Dolan, president of Ritchie Bros. in the United States and Latin America. “This week we showcased our ability to build and market a successful pipeline event and reach the right buyers from around the world, even with the current state of the oil and gas market. This wasn't just a Columbus auction; this was a global event. We attracted equipment from consignors across the United States, marketed it to the world, generated strong demand and pricing and achieved record results.”

Beside the massive selection of pipelayers, the auction also featured 135 excavators, 110 dozers and more than 235 truck tractors, 210 trailers and much more. Equipment in the auction was sold for more than 265 owners, including more than 70 items for Denver, Co., based Cross Country Pipeline Supply Company Inc.

“We've been selling and renting equipment to pipeline contractors for 35 years,” said John James, president of Cross Country Pipeline Supply. “We were looking to liquidate some of our surplus equipment. We talked to Ritchie Bros. and chose them because of their expertise in marketing to people in our industry. Turnout at the auction was great and overall we ended up with better results than we expected.”