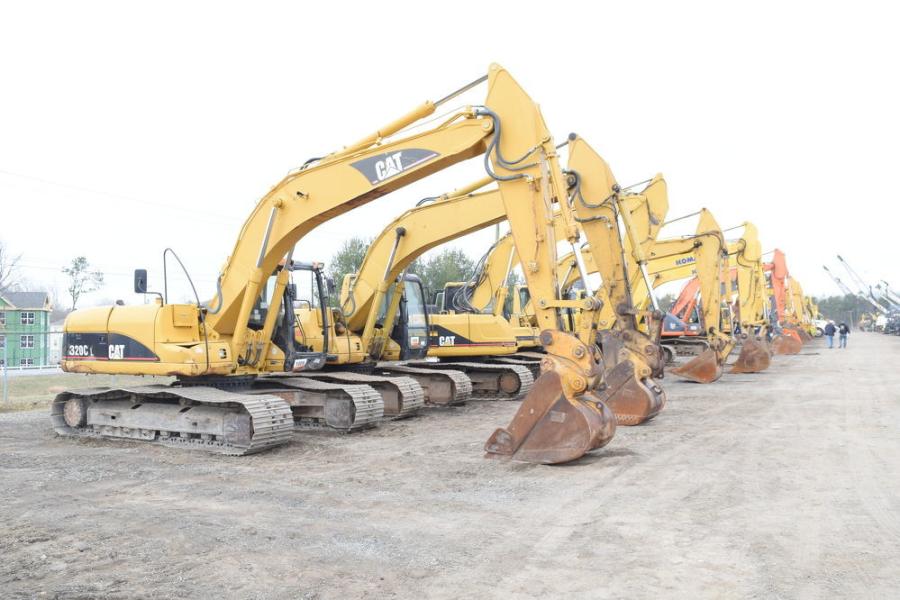 A good selection of excavators went on the block during the Ritchie sale in North East, Md.