More than 2,850 equipment items and trucks were sold in the auction, including 60-plus skid steers, more than 50 excavators, 50 compactors, 25 loader backhoes, as well as dozers, cranes, and more. All items were sold without minimum bids or reserve prices. 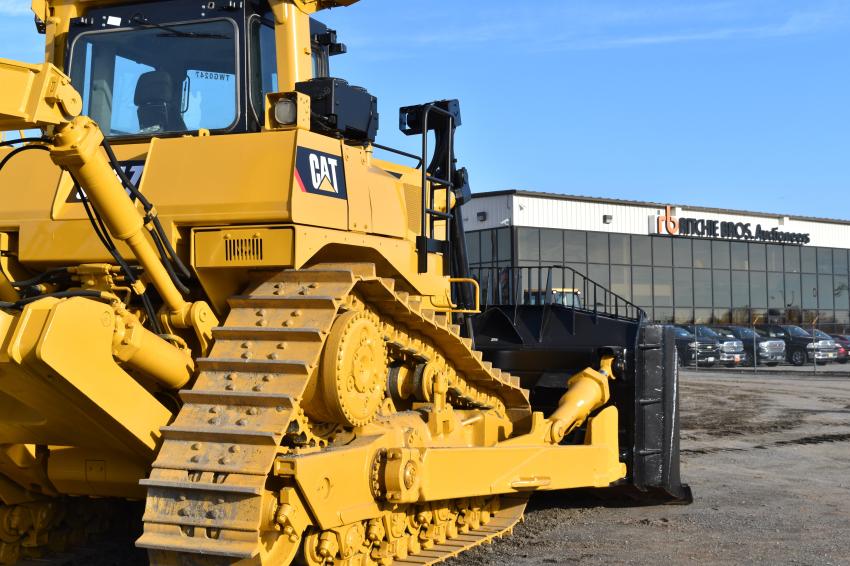 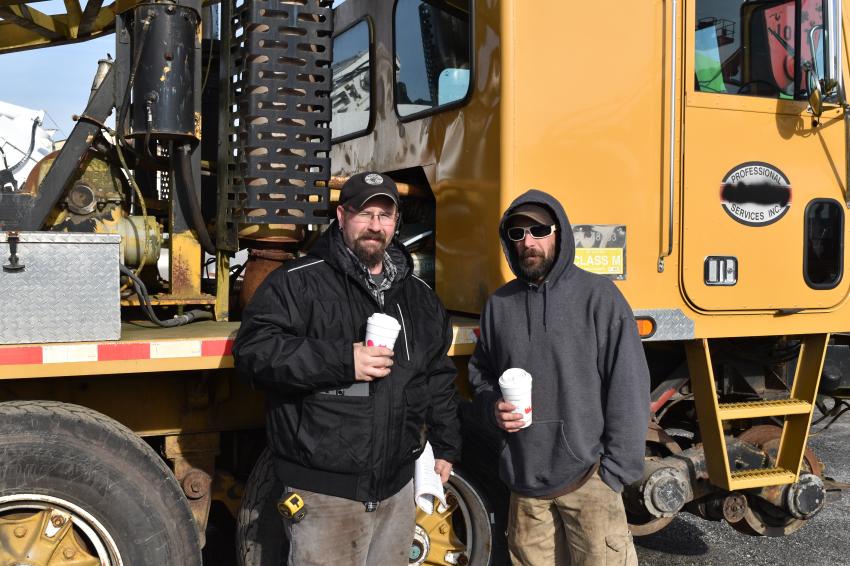 Roger Wadkins (L), owner of Wadkins Expo, Baltimore, Md., and Kevin Wadkins, who is second in charge, are ready for the auction. 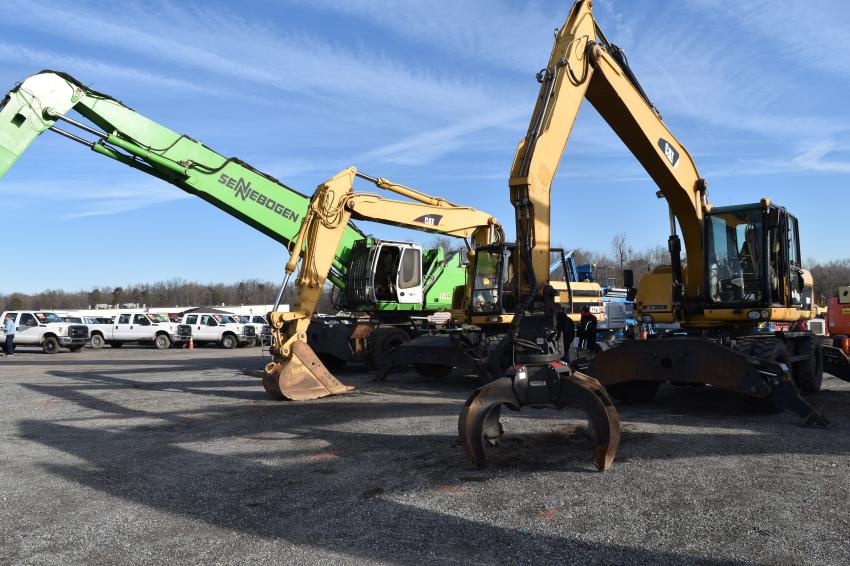 A Sennebogen and Cat material handler with orange peel grapple went on the auction block. 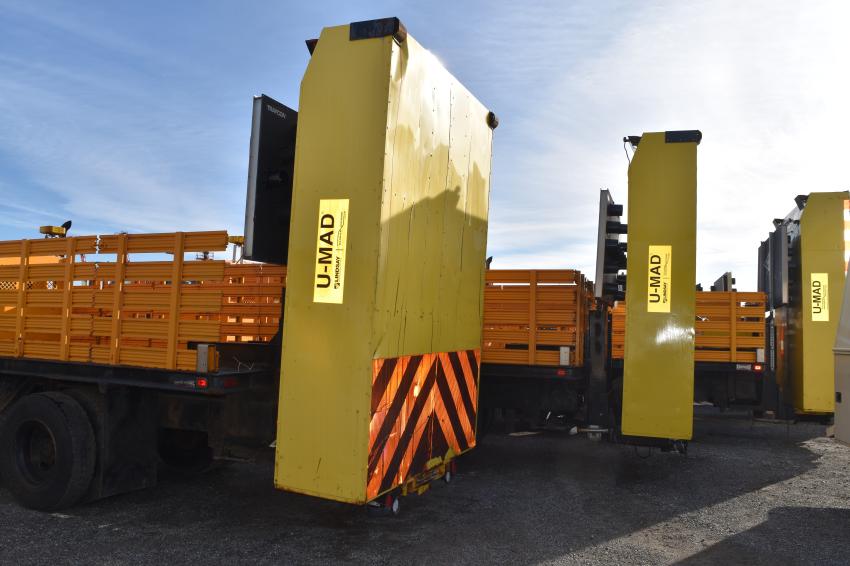 Attenuator trucks are lined up and ready for new owners. 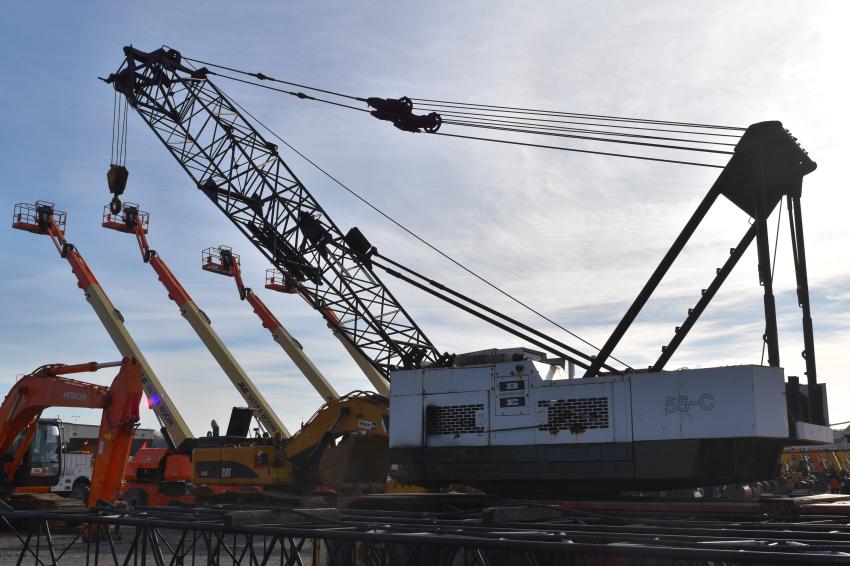 A seasoned Bucyrus Erie crane was available to the highest bidder. 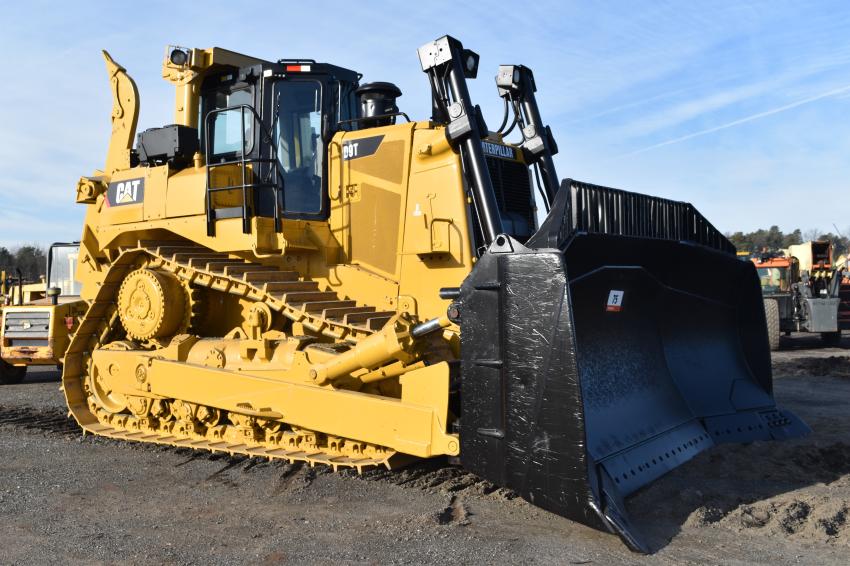 A gargantuan Caterpillar D9 dozer went up for bid during the Ritchie Bros. sale in North East, Md. 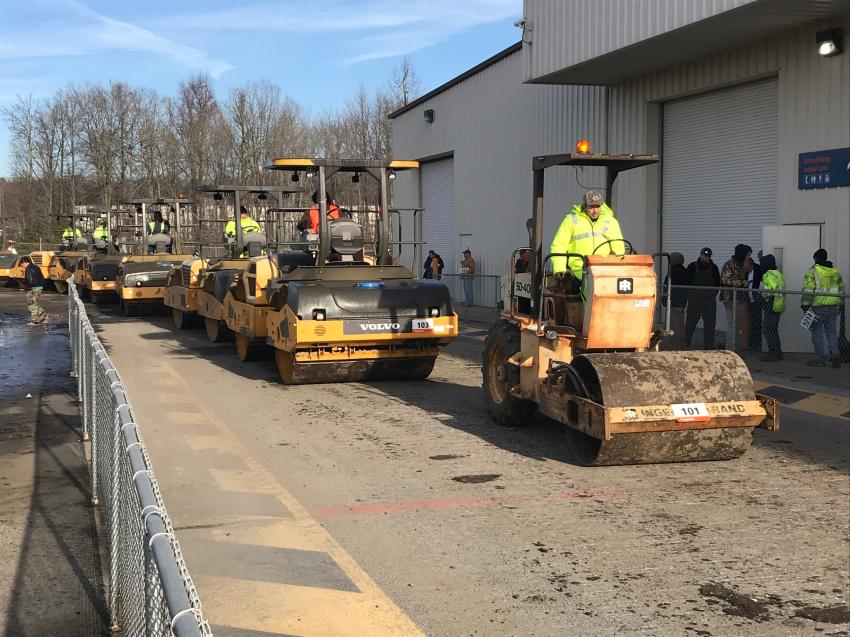 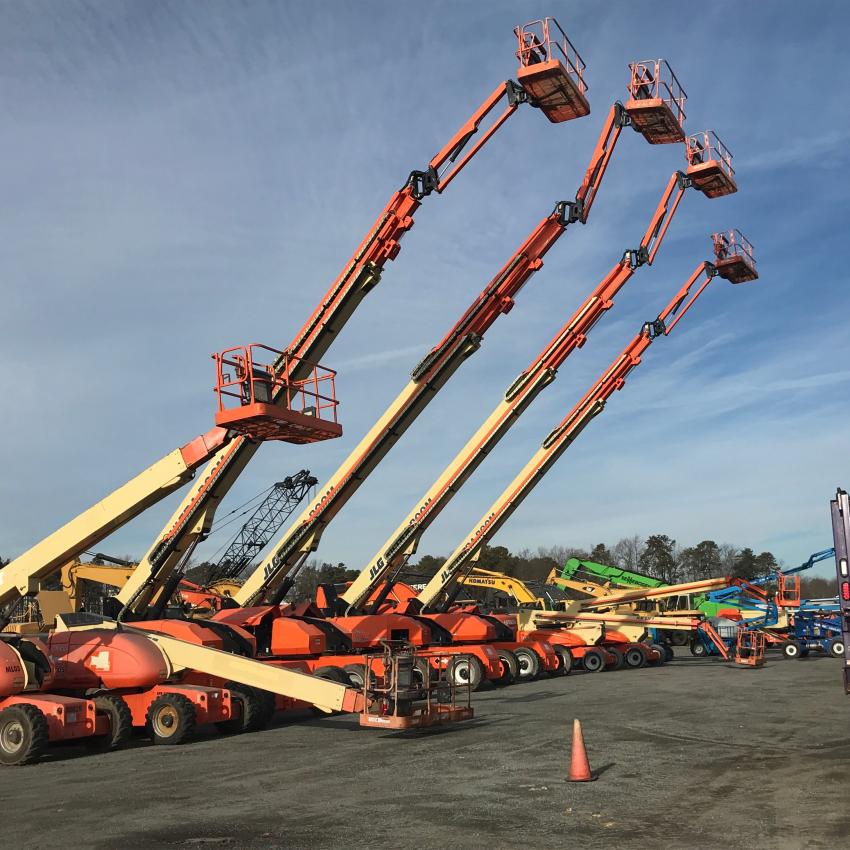 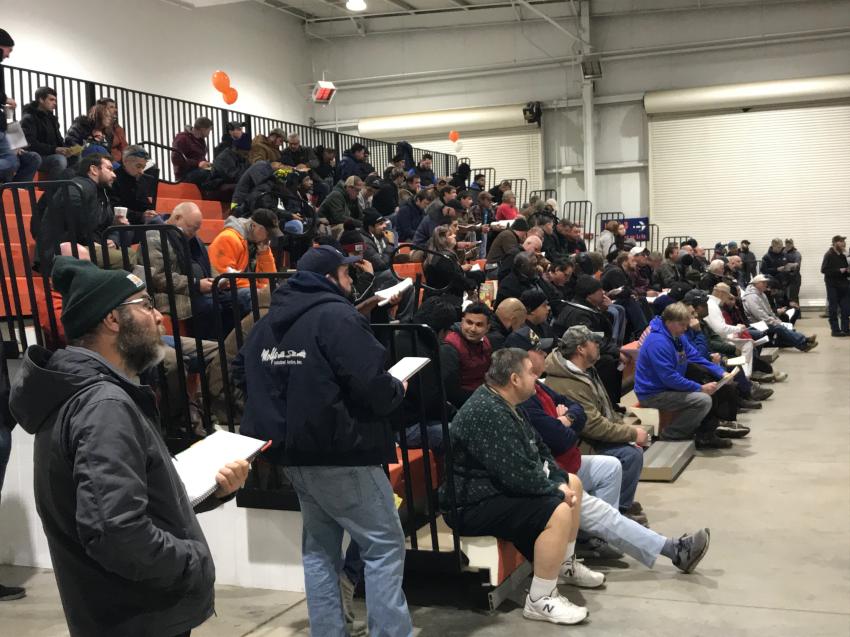 Bidders jam the virtual ramp grandstands, bidding on all sorts of transport trucks, including heavy-duty pickups, flatbeds, roll-offs and more. 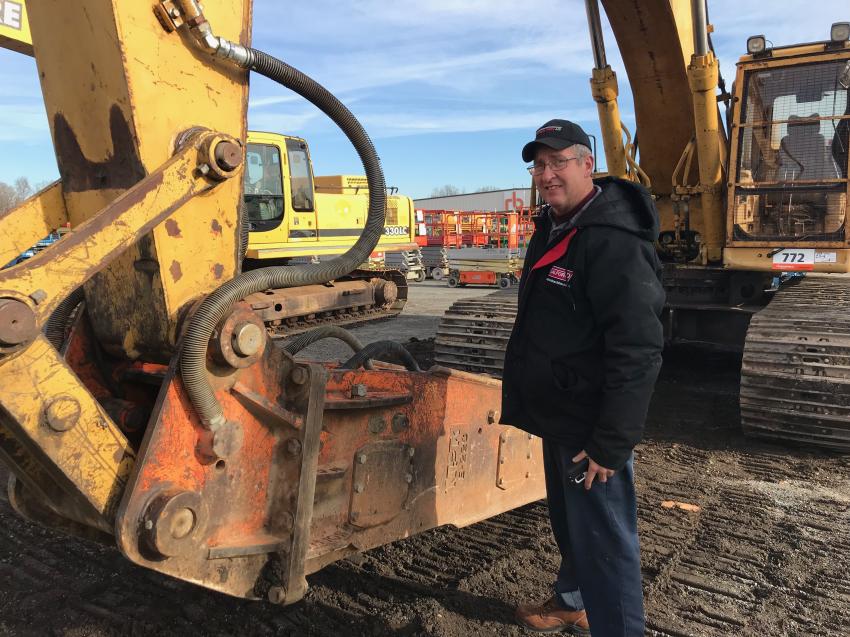 Ron Copenhaven of Lebanon, Pa., checks out an excavator with an NPK hammer that he needs for some demo work. 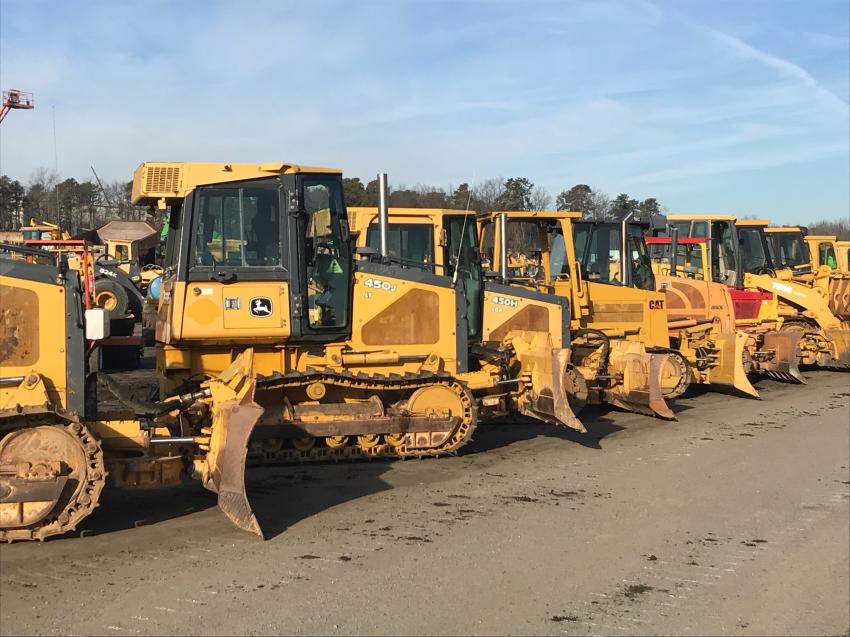 More than 2,100 lots were auctioned off, including Cat and John Deere dozers. 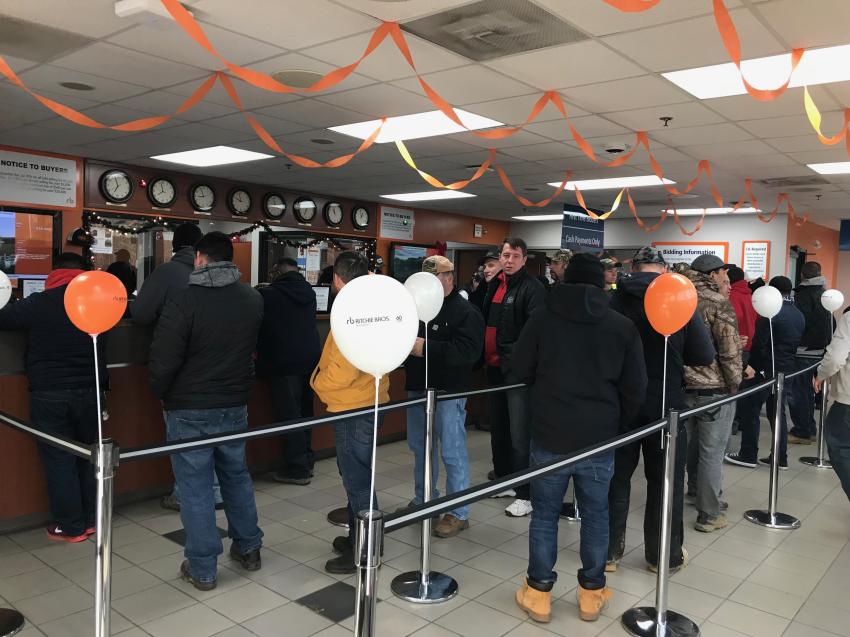 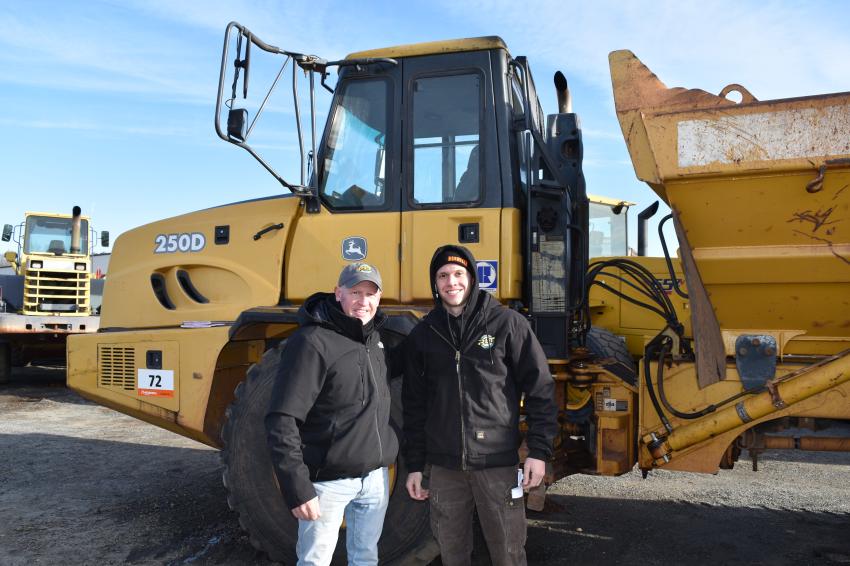 Richard Wojtkowski (L), owner of Pittsfield Lawn and Tractor and his son, Chase, take a look at a Volvo articulated hauler. 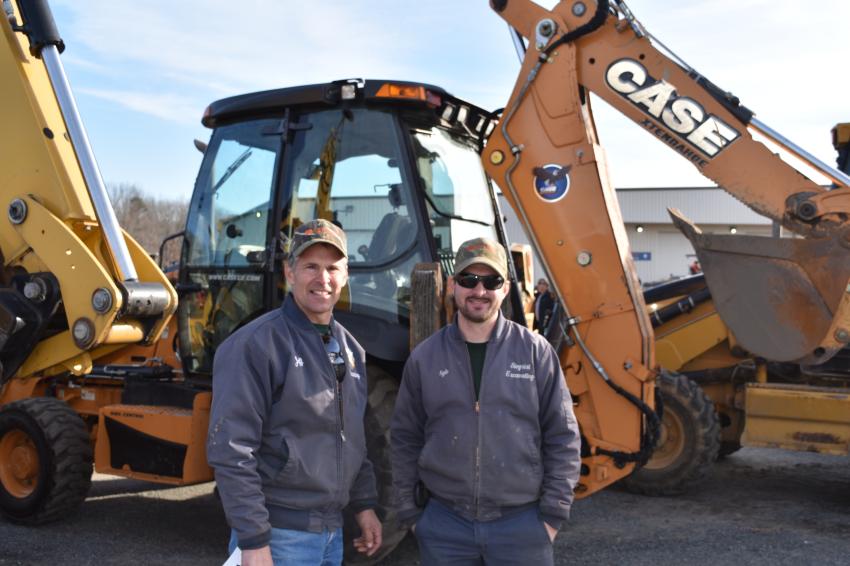 Jeff Siegriest (L), owner, and Kyle Siegriest, operator, both of Siegriest Excavating, Lancaster, Pa., may be interested in this Case backhoe. 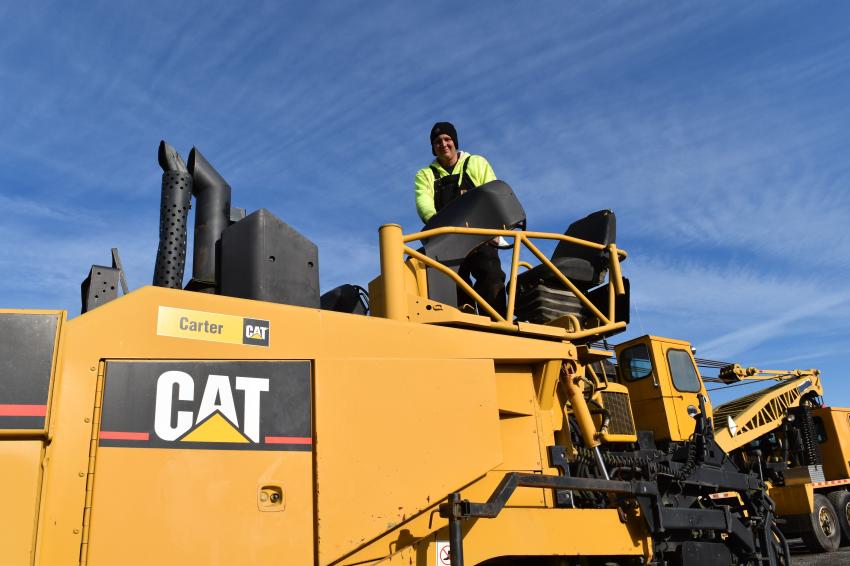 Clint Hill is a technician of EFG Paving in Marydel, Del., and he said that he enjoys reading Construction Equipment Guide in the shop.