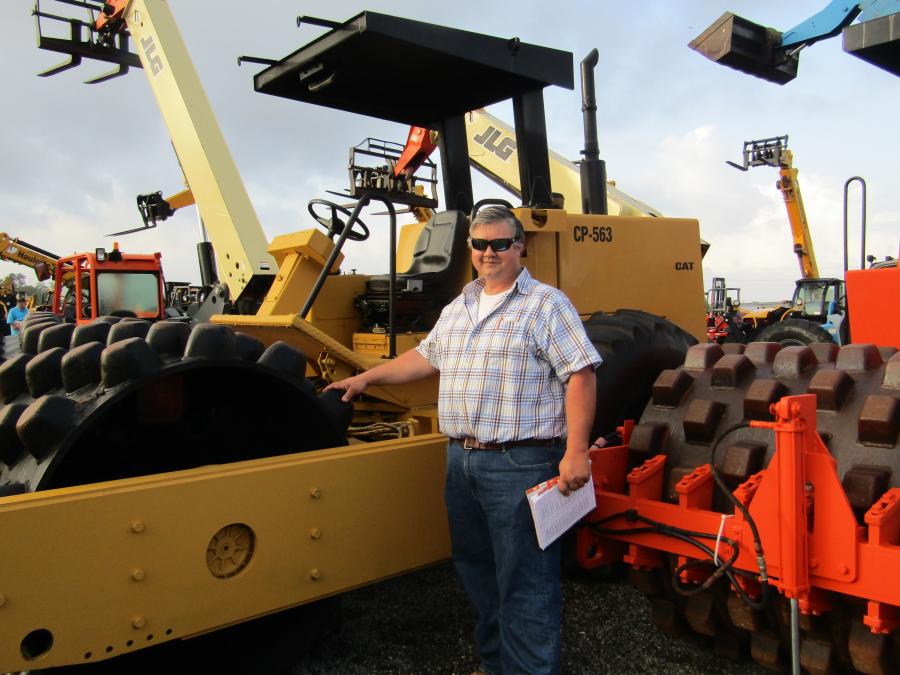 Hal Krag owns Trey Contractors, a utility contractor in Memphis, Tenn. He was on hand to buy excavator buckets and took a look at this Cat CP563 vibratory compactor.

More than 4,400 bidders participated online and in person at Ritchie Bros.' multi-million-dollar unreserved public equipment auction in Houston, on April 19 to 20, 2017.