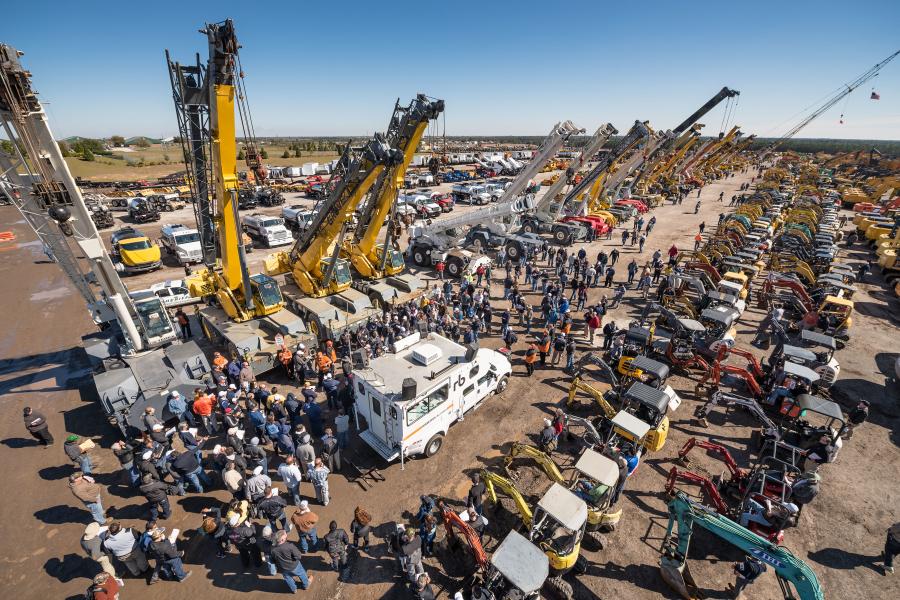 Ritchie Bros. held its first auction in Florida in 1984 and has been operating at its current location in Orlando since 2003.

Five days, hundreds of sellers, thousands of bidders, 10,000+ items: Ritchie Bros.' annual February Orlando event is its largest U.S. auction each year, providing an unrivaled customer experience for both buyers and sellers alike. The 2017 date is set for February 20 – 24 and consignments are already starting to roll in.

There are a lot of auctions to choose from in Florida in February, but Ritchie Bros.' Orlando auction is the largest of them all. The company's world-class marketing attracts record crowds year after year, creating an optimal audience for equipment sellers. In 2016, the company sent more than 130,000 brochures and 1.1 million emails promoting the February Orlando auction, resulting in record-breaking attendance: 9,850+ people from 79 countries registered to bid on the 10,700+ items sold.

"Ritchie Bros. holds hundreds of auctions in United States each year, but nothing compares to the size and experience of our annual February auction—our consignors bring the equipment and we deliver the buyers," said Terry Dolan, President (USA & Latin America), Ritchie Bros. "We started holding equipment auctions in Orlando more than 30 years ago and have worked tirelessly to make it a world-class event year after year. Today the auction serves as a bellwether for the state of the equipment industry. Next February, together with our consignors, we will create an auction like no other."

With the Orlando auction, Ritchie Bros. will provide equipment buyers with access to:

Ritchie Bros. held its first auction in Florida in 1984 and has been operating at its current location in Orlando since 2003. Since 2003 the company has sold 157,300+ equipment items and trucks for US$2.8 billion.

To sell your equipment in the February 2017 Orlando auction, contact your local Ritchie Bros. representative or call +1.855.331.5757. Visit rbauction.com/Orlando for more info.

The company will hold its final Orlando auction of 2016 on November 16. More than 1,600 equipment items and trucks will be sold in the one-day unreserved public auction, including compactors, excavators, dozers, loaders, 135+ truck tractors, and much more. Bids can be made in the auction in person, online at rbauction.com and by proxy.