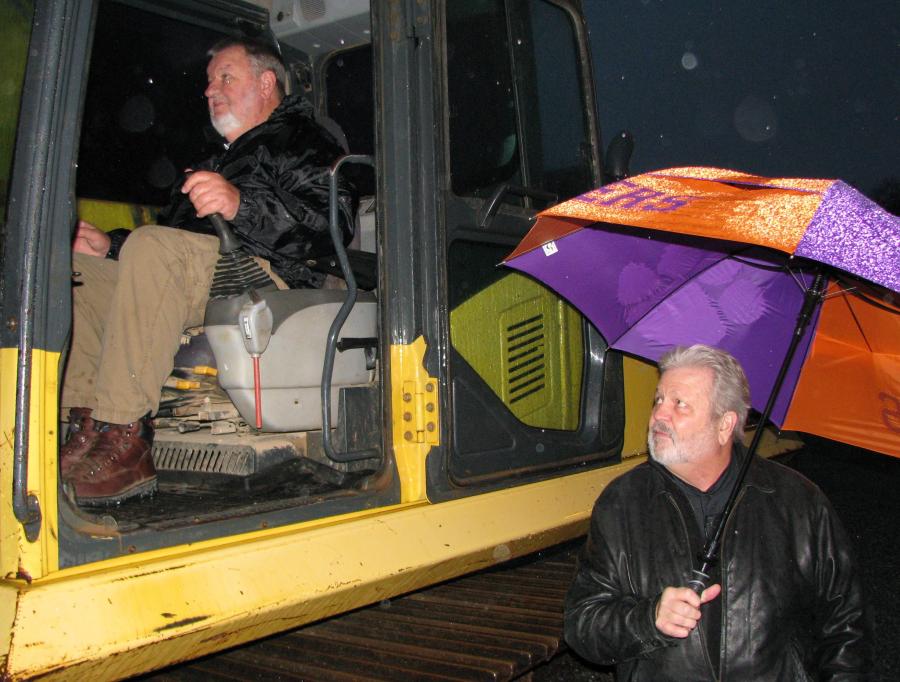 Charles Dowey (L) and Robert Mitchum, both of Carolina Wrecking, Columbia, S.C., get an early start operating machines, including this Komatsu PC300LC excavator.