More than 4,500 people from 58 countries registered to bid in the unreserved public auction in Houston on Aug. 24 and 25. 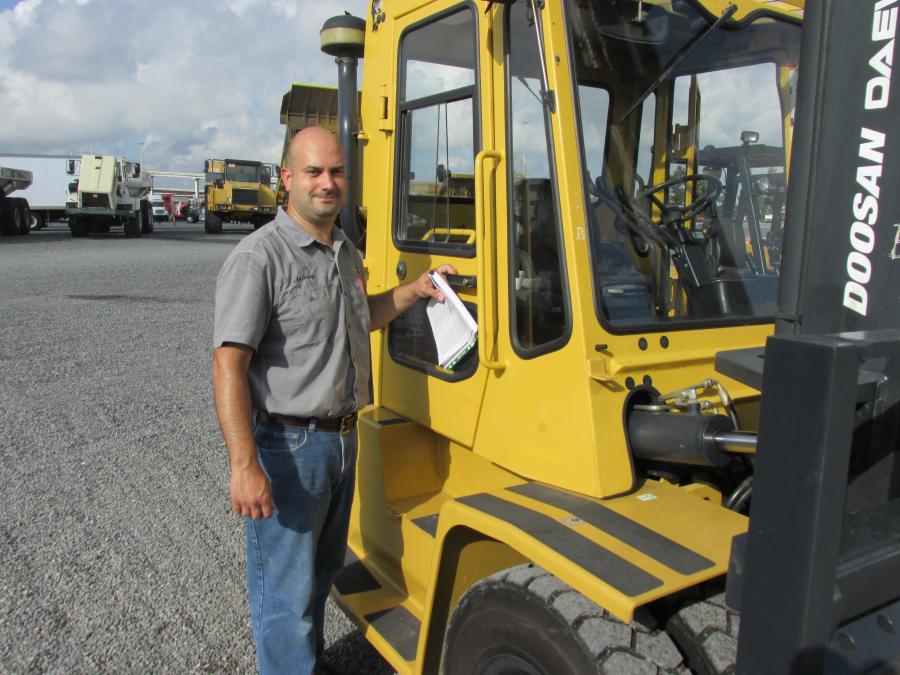 Anthony Garmon of Superior Lift in Stevens, Pa., has spent a lot of time checking out this Doosan D70S rough-terrain lift truck.

More than 4,500 people from 58 countries registered to bid in the unreserved public auction in Houston on Aug. 24 and 25, including more than 2,900 online bidders. Out-of-state buyers from as far away as India, Singapore and the Netherlands purchased 60 percent of the equipment. Online buyers purchased 49 percent ($25 million) of the equipment.

“Coming off the heels of a strong Fort Worth auction four weeks ago, Ritchie Bros. once again proved we can bring the global market to Texas,” said Alan McVicker, regional sales manager, Ritchie Bros. “We had record attendance for this time of year, including more than 1,550 bidders on site. Pricing on construction equipment was particularly strong and we were happy to see great results on a large number of big-ticket, heavy-lift cranes. Also, demand remains strong for vocational trucks. I would like to offer a big thank you to all of our consignors, bidders and buyers that continue to make our auctions great events.”