The transaction is being billed as "the logical next step for Ritchie Bros." 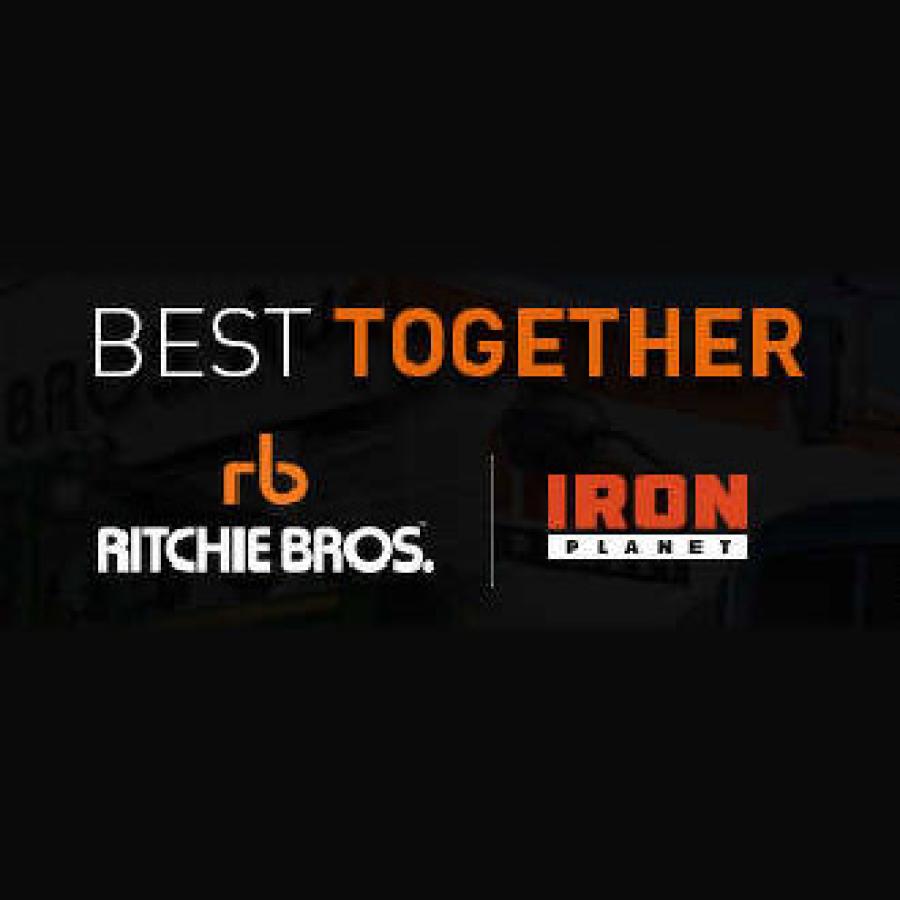 Ritchie Bros. Auctioneers Incorporated, and IronPlanet, have jointly announced that they have entered into an agreement under which Ritchie Bros. will acquire IronPlanet for approximately US$758.5 million, subject to customary closing adjustments.

Founded in 1999, IronPlanet complements Ritchie Bros.' primarily end-user customer base, as it focuses largely on the needs of corporate accounts, equipment manufacturers, dealers and government entities in equipment disposition solutions. It conducts its sales primarily through online-only platforms, with weekly online auctions and in other equipment marketplaces. IronPlanet, a private company based in the United States, sold approximately US$787 million of Gross Merchandise Value (GMV)1 through their sales channels during 2015, and has achieved a 25.2% compounded growth rate in assets sold from 2013 through 2015. This growth momentum has continued, with a 41% increase in GMV during the first half of 2016 relative to the same period in 2015.

"This transformative transaction is the logical next step for Ritchie Bros., building on our multi-channel platform, global reach and long-standing customer relationships. Together with IronPlanet, we will create a combined company of trusted brands with the ability to provide customers around the world with a greater number of choices and platforms to sell, buy and list equipment when, where and how they want – whether onsite or online. Our commitment to diversifying our offerings is directly in line with customer demand for multiple selling and buying solutions," said Ravi Saligram, Chief Executive Officer of Ritchie Bros. "This acquisition will help accelerate our growth in revenue and earnings and add shareholder value by continuing to expand our capabilities in new channels, sectors, regions and customer segments. Ritchie Bros. and IronPlanet both have talented teams and winning cultures built on a passion for serving customers."

"This is an exciting day for IronPlanet, our customers, employees and shareholders. IronPlanet joining forces with Ritchie Bros. will allow the combined company to deliver a multi-channel marketplace that will provide a full range of equipment asset management and disposition solutions. IronPlanet has built a leading online marketplace and technology platform across a number of verticals, and when combined with Ritchie Bros.' strength in live onsite auctions, will prove to be a powerful combination in driving value for our customers," said Gregory J. Owens, Chairman and Chief Executive Officer of IronPlanet.

Additionally, Ritchie Bros. has also announced that they have entered into a strategic alliance agreement. The strategic alliance is expected to deliver significant benefits to both companies, Caterpillar's independent dealers and their respective customers, continuing an accelerated delivery of Caterpillar's Internet of Things (IoT) connectivity offerings to improve customer fleet utilization.

Under the terms of the agreement, Ritchie Bros. will become Caterpillar's preferred global partner for live onsite and online auctions with respect to used Caterpillar equipment, and will complement Caterpillar's existing dealer channels. Ritchie Bros. will provide Caterpillar and its dealers with access to proprietary auction platforms, software and other value‐added services, thereby enhancing the exchange of information and services between customers, dealers and suppliers. The strategic alliance is also expected to strengthen Ritchie Bros.' relationship with Caterpillar's independent dealers around the world by providing them enhanced and continued access to a global auction marketplace to sell their used equipment.

The new strategic alliance between Ritchie Bros. and Caterpillar replaces and expands on existing agreements in place between Caterpillar, its dealers and IronPlanet. The new strategic alliance will become effective when Ritchie Bros. completes its acquisition of IronPlanet, which is subject to regulatory clearances and the satisfaction of other customary closing conditions.

“Ritchie Bros. is proud to enter into this historic alliance, which will strengthen our relationship with Caterpillar, its dealers and end users, as well as help expand our global reach and footprint,” said Ravi Saligram, Chief Executive Officer of Ritchie Bros. “Our marketing capabilities, unrivaled suite of technology and powerful multi‐channel transactional platforms will add tremendous value and make us a trusted strategic partner to the Caterpillar family."