In all, more than 5,000 items sold at the pipeline construction auction for a total exceeding $93 million. A key equipment category at the sale was a fleet of 138 pipelayers, which sold in just two hours for $45 million. The equipment up for bid came from 372 owners — approximately a third of the items were part of a complete dispersal for Ohio-based Welded Construction LP, which recently closed after more than 50 years in business.

The auction attracted a total of more than 5,000 bidders from 56 countries with equipment purchased from as far away as Australia, Taiwan, and Cameroon. Setting a record for the Columbus facility, nearly half of the items were sold to online bidders. U.S. buyers purchased 80 percent of the equipment and international buyers purchased the balance.

"Bringing the global pipeline construction industry together and selling $93 million of assets, including $45 million of pipelayers in just two hours, is quite the feat," said Jeff Jeter, president, upstream & emerging businesses, Ritchie Bros. "Our events bring the equipment world together like no other. The auction may have been in Columbus — in fact, it was the site's largest auction ever—but the equipment came from 372 owners around the United States and sold to buyers all over the world."

"Our network effects were on full display as we created strong demand, extended our global reach, and realized strong pricing," said Ravi Saligram, CEO of Ritchie Bros. "Our at-risk deals, including our ‘joint venture' deal with Gordon Brothers performed extremely well and we created significant value for our consignors. I am very proud of the team's flawless execution, once again reinforcing Ritchie Bros.' auction prowess, digital expertise and customer service are unparalleled."

"This was a unique package of equipment — some of these assets have never been sold at auction before, and still Ritchie Bros. was able to get the right buying audience there on auction day," said Steve Hawkins, CEO of Welded Construction. "Ritchie Bros. and Gordon Brothers know how to market equipment and create the excitement needed to bring results."

"This was a special sale for all of us who had the privilege to represent Welded as we brought its best-in-class fleet to the world market," said Jim Burke, managing director, Gordon Brothers. "The results were outstanding."

One of the buyers in the Columbus auction was Jim Prince of Prince Pipeline & Integrity LLC.

"Ritchie Bros. always goes the extra mile and this auction was no exception — great selection and brilliantly organized," said Prince. "Welded Construction were well-known in the industry for taking great care of their equipment, so I'm not surprised by the strong prices on auction day. I love going to Ritchie Bros.' sales — they always make you feel welcome and appreciated, like family, not just a customer." CEG 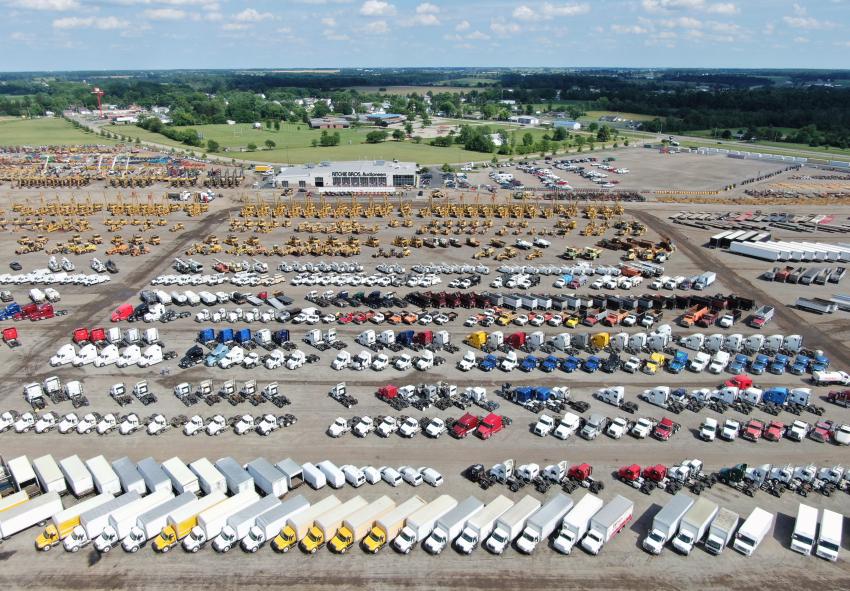 In all, more than 5,000 items sold at the pipeline construction auction for a total exceeding $93 million. 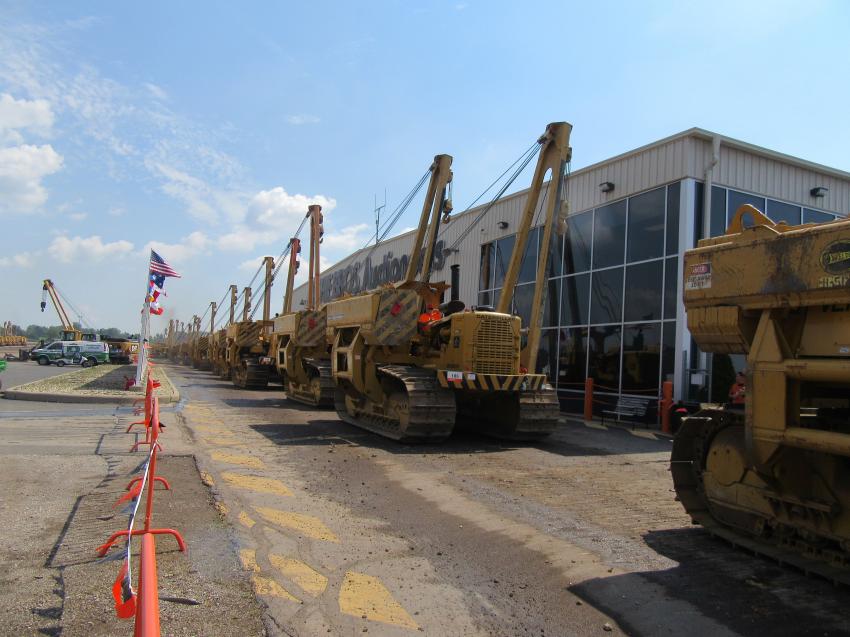 Among the equipment going on the block were 138 pipelayers, which sold in two hours. 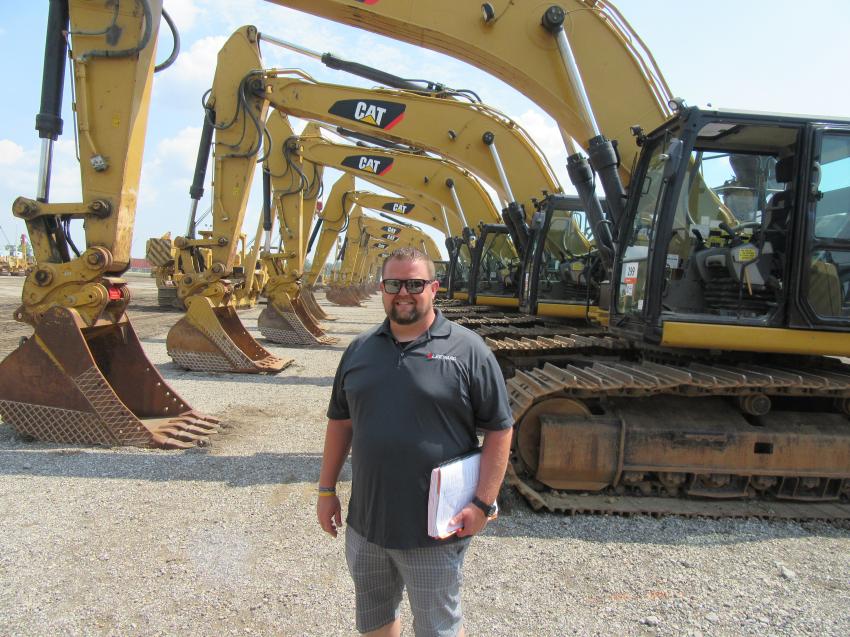 Jeremy Walsh of Leeward Construction, Honesdale, Pa., reviews the extensive lineup of excavators up for bid at the Ritchie Bros. sale in Columbus, Ohio. 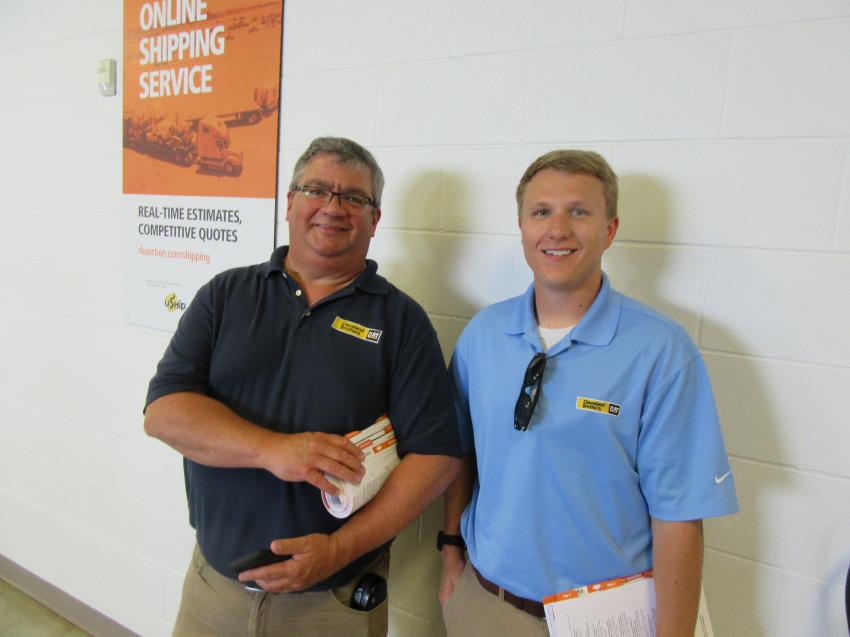 Ron Hess (L) and Dave Redmond of Cleveland Brothers were on hand to take in the auction. 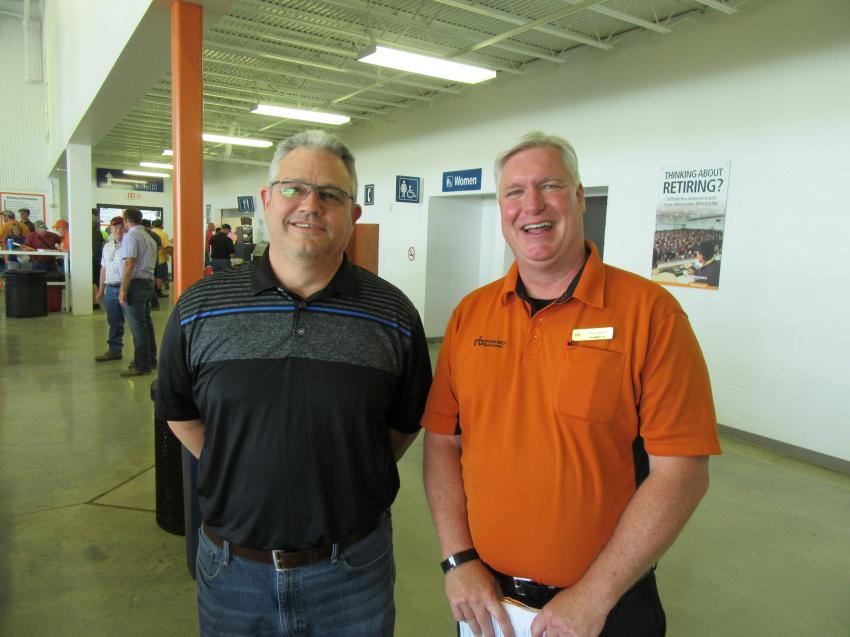 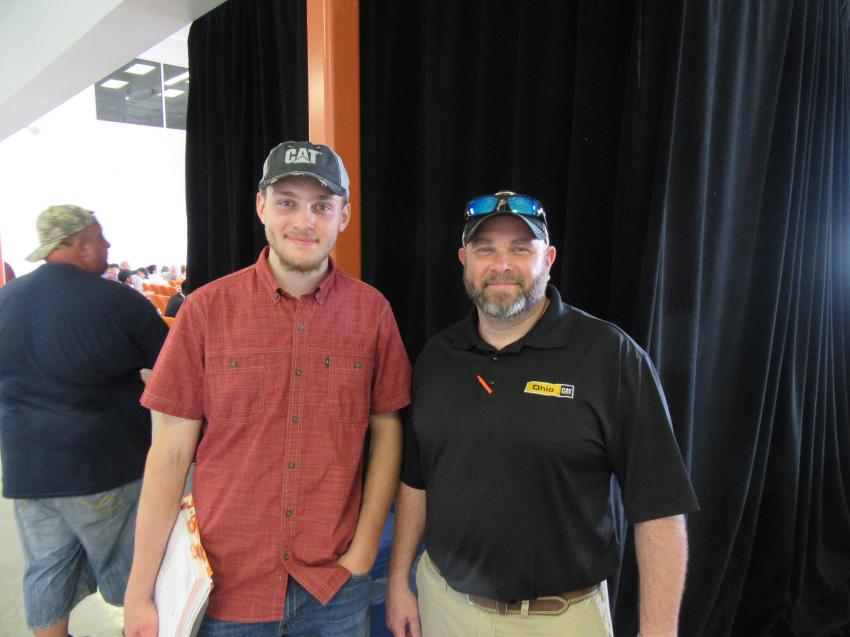 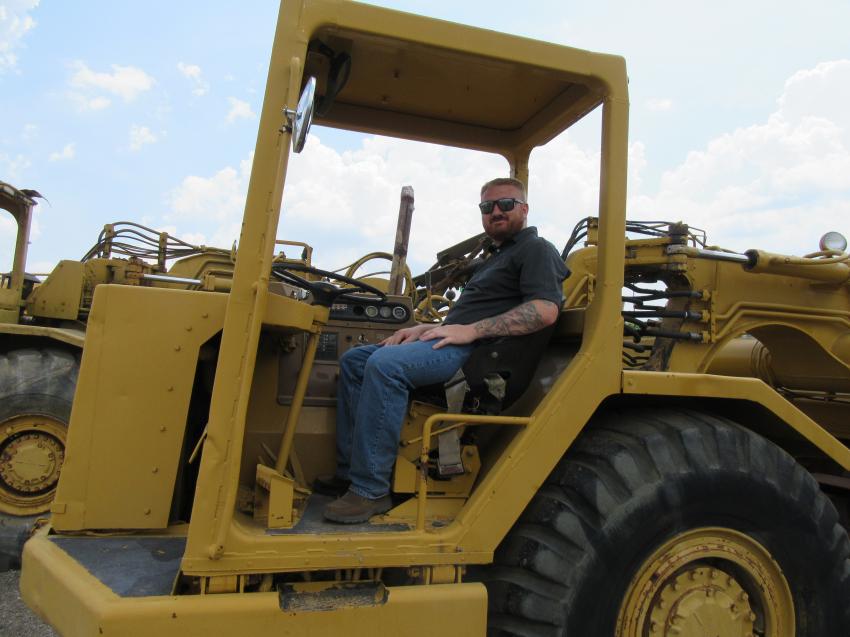 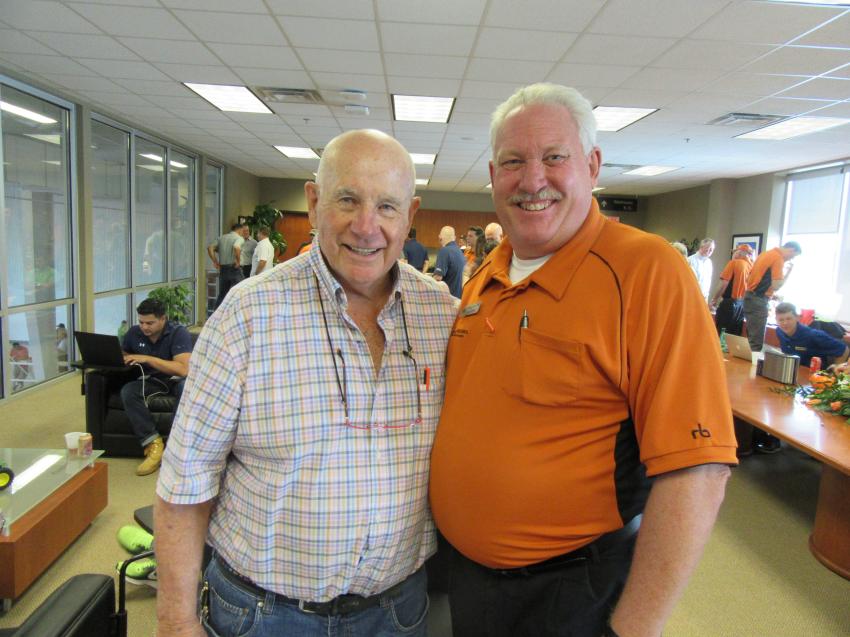 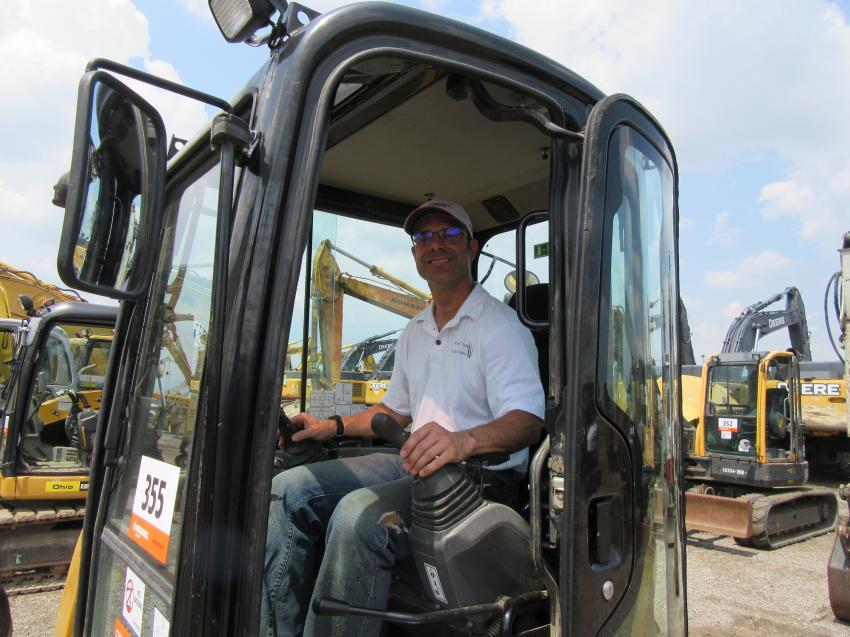 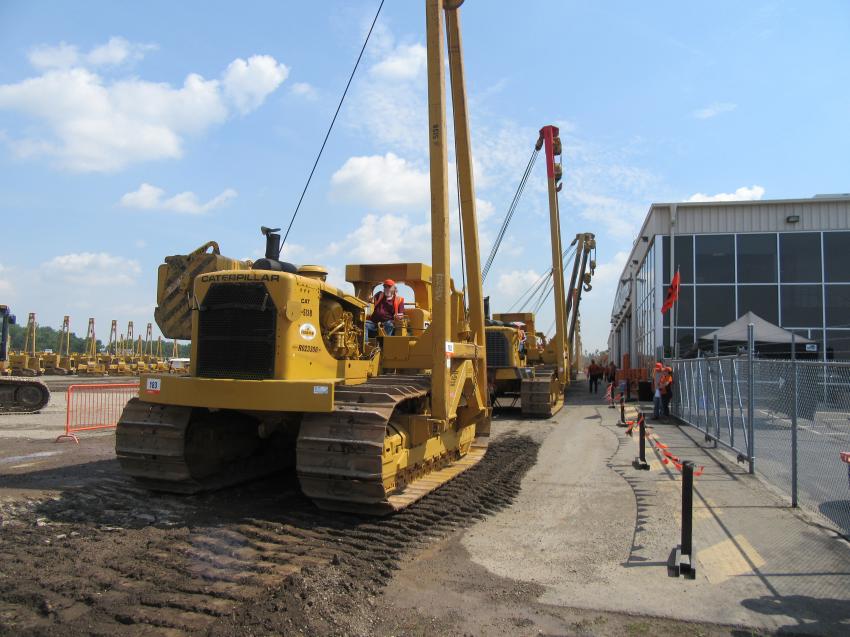 The equipment up for bid came from 372 owners — approximately a third of the items were part of a complete dispersal for Ohio-based Welded Construction LP, which recently closed after more than 50 years in business.